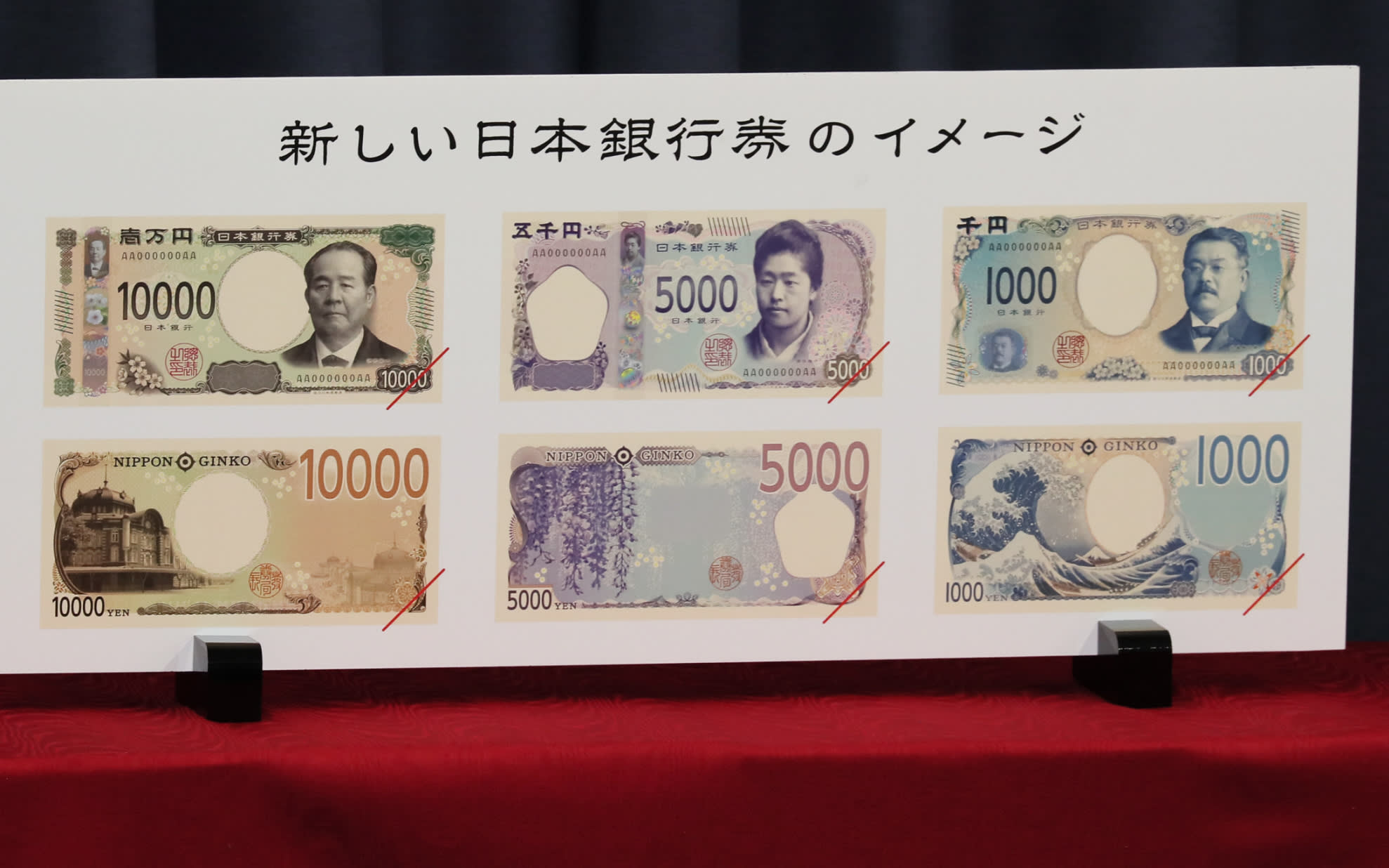 TOKYO -- To prevent counterfeiting, Japan will employ cutting-edge three-dimensional holographic technology on a trio of new bank notes that will begin circulation in the first half of fiscal 2024.

The revamped 10,000 yen ($90) and 5,000 yen bills will have vertical hologram stripes with 3D portraits that appear to leap off the notes and rotate when viewed from either the right or left side. The 1,000 yen bill will feature a small hologram as well. The 3D holographic technology will be used in bank notes for the first time in the world, according to the Ministry of Finance.

"Adopting technology that is hard to copy will prevent crime," a ministry official said. Previous hologram technology only revealed different numbers or marks based on the viewing angle.

A design will also surface from a white circle or oval watermark on the new bills when they are held up to light. The pattern is said to be more detailed than before.

In addition, large Arabic numerals will be used to show the face value of the notes -- larger than the amounts written in Japanese -- so that seniors and foreign visitors to Japan can read them more easily.

The serial number will be extended to a maximum of 10 digits from nine in case more bills go into circulation. 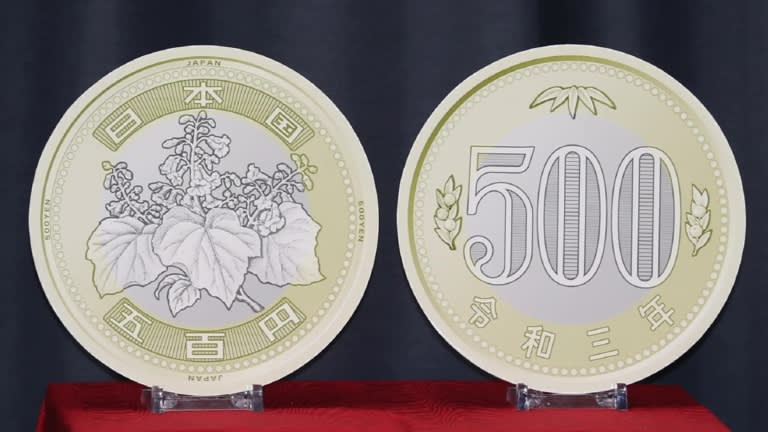 The new 500 yen coins will be made from three metals. (Photo by Hirofumi Yamamoto)

The 500 yen coin also got a makeover with "bicolor clad" technology that incorporates three metals to produce gold and silver colors.

Businesses such as vending machine operators will have to prepare for the new technology.