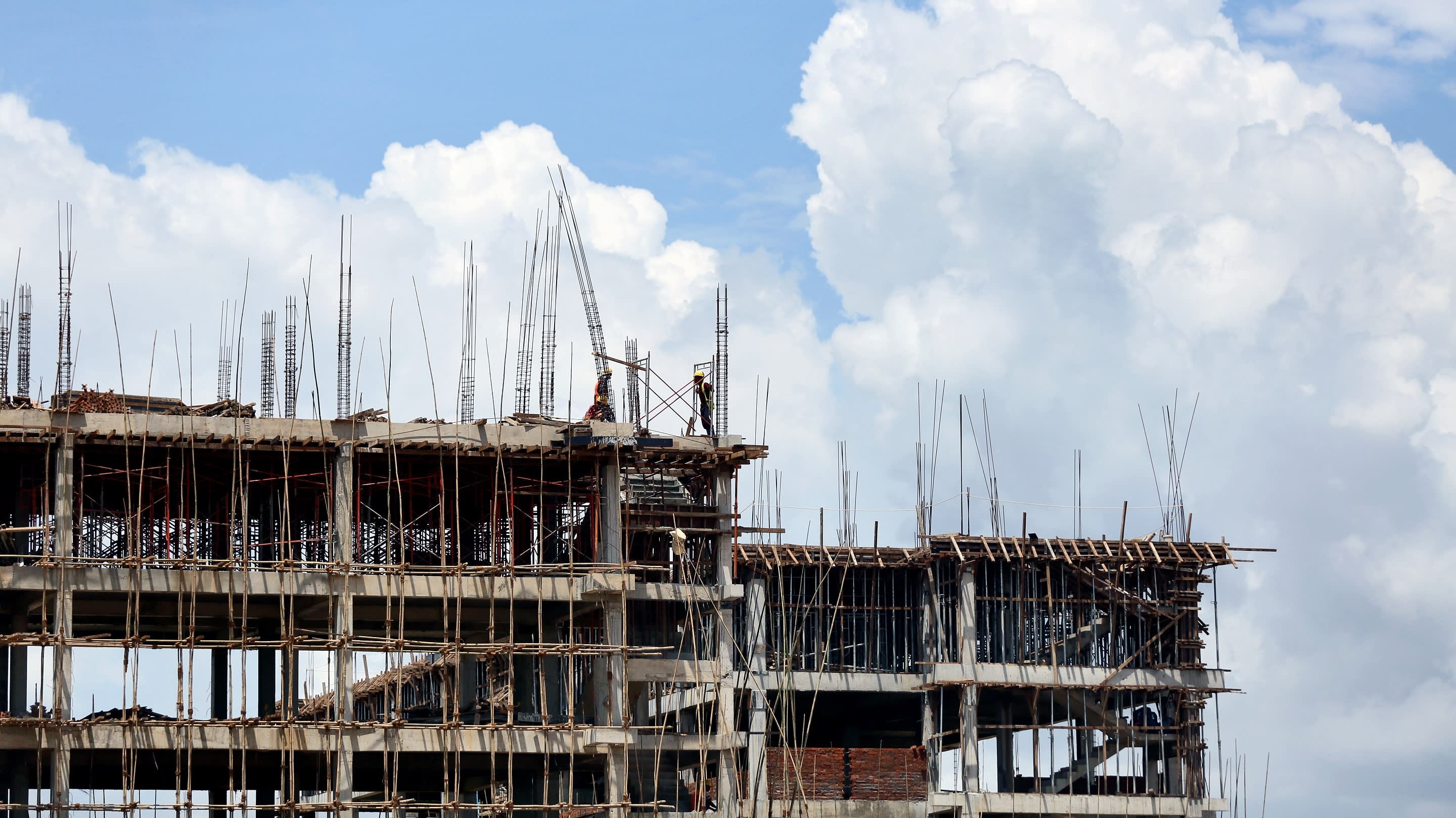 The Asian Development Bank funds physical infrastructure across the region, but unlocking a country's growth potential takes more than roads and railways. That's why in developing countries, the lender also focuses on education and job training, as well as on introducing state-of-the-art information and technology.

An estimated 1.2 billion people in Asia remain in poverty, defined as living on less than $3.10 a day. We visited Vietnam and Cambodia for a firsthand look at the ADB's ongoing efforts to spread prosperity.

IN THE FAST LANE In March, an IT-assisted expressway-control center opened about a 30-minute drive from the center of Ho Chi Minh City. Inside, a large monitor shows real-time traffic flows, while smaller screens provide live video of toll stations and traffic bottlenecks. An expressway in Vietnam uses a modern Japanese traffic-control system to monitor congestion.

"Our responsibility is grave," said employee Trumg Van Nam, 27, carefully watching his monitor. As traffic builds up, he adjusts the timing of traffic lights to relieve congestion and informs emergency services as soon as he spots an accident. In addition to a system for electronic toll collection, each toll station has a sensor that automatically detects the load each passing vehicle is carrying. This feature was introduced specifically for Vietnam, where many trucks are illegally overloaded.

The 55km high-tech expressway connects the city's urban center with the coastal area. A Japanese consortium involving Hitachi, Toshiba and Itochu won the contract to develop the project, outbidding the South Korean alliance of Samsung and LG, and applying loans provided jointly by the ADB and the Japan International Cooperation Agency.

The expressway is "great to drive, with few traffic jams," said truck driver My Van Dong, 39, who uses it five times a week. He says the expressway cuts his travel time from three hours to about 40 minutes.

The ADB's two top priorities in Asia are building high-quality infrastructure and developing social assistance programs such as education and job training.

Soc Trang Province, about 270km south of Ho Chi Minh City and home to several ethnic minorities, is Vietnam's poorest province, with 25% of its residents living below the poverty line. Using grant aid from Japan, the ADB helped build a job-training center there.

The center has trained over 3,000 people in marine-product processing, apparel production, motorcycle repair and other job skills. "When I was in high school, I worried about finding a steady job," said Le Minh Hien, 29. Last July he opened a motorcycle repair shop with two other graduates of the training center. His dream is to triple his monthly income, which is currently about $90. 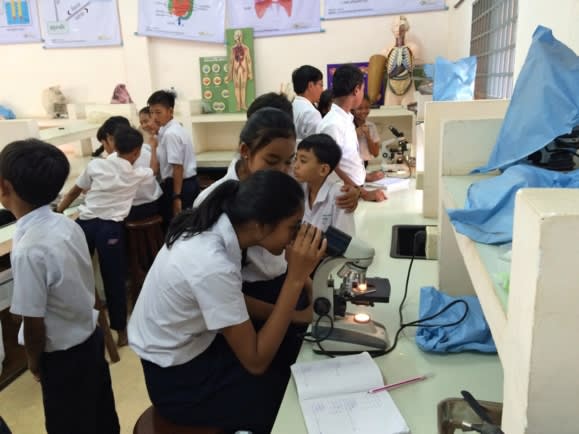 Children study at a school opened with help from the ADB in Phnom Penh.

Cambodia, meanwhile, boasts an ADB-funded learning center located about 30 minutes from the center of Phnom Penh. Equipped with a science lab, computer room and library, the school offers classes to students ages 12 to 18. 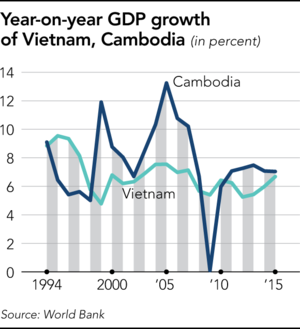 "Do you see the tiny cells in the onion skin?" an instructor asks as the students look through microscopes.

"It's amazing to see in reality what's in the textbooks," said 15-year-old Vanneath, who is considering becoming a physician.

"We don't have enough learning centers of this kind in Cambodia," the school's principal, Nam, said. Cambodian schools generally lack equipment for such things as scientific experiments, meaning instruction depends entirely on textbooks. There are only 36 learning centers in Cambodia. Although students who attend classes at these centers get 60% higher grades in science, only 10% of Phnom Penh students have access to them.

In the 50 years since its founding, the ADB has helped Asia's significant progress by laying the groundwork for development. The question now is how that can be leveraged to achieve sustainable growth in the region.