Lender cuts region's growth outlook for this year to 5.4% from 5.7% 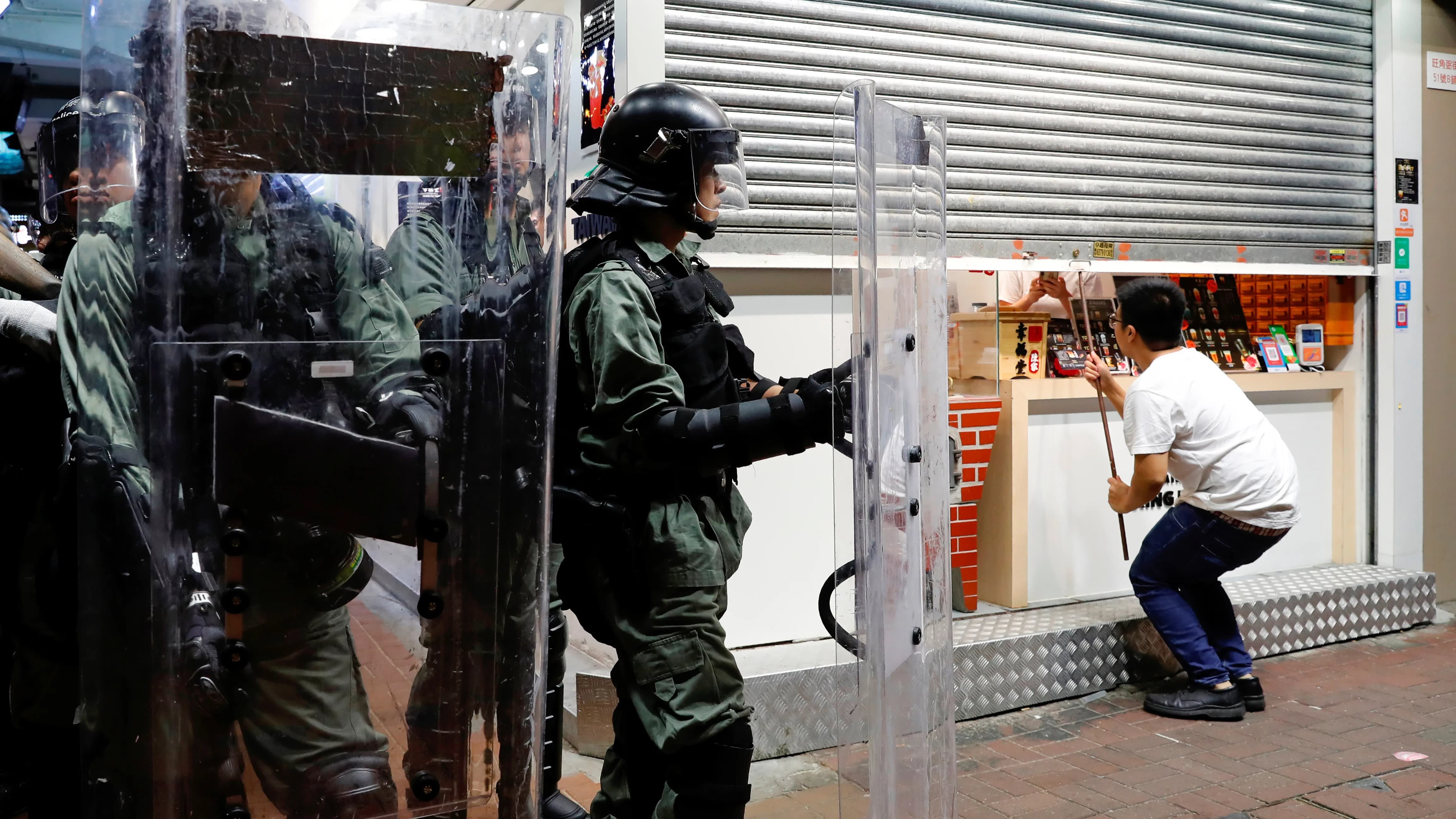 A man closes gates to the shop as riot police walking past after a march at Mongkok, Hong Kong, China August 17, 2019.   © Reuters

MANILA/TOKYO -- Hong Kong's economic growth this year is set to drastically slow as the U.S.-China trade war and unrest in the city hits business activity, the Asian Development Bank said on Wednesday.

ADB's Chief Economist Yasuyuki Sawada said Wednesday that the political turmoil was a factor behind Hong Kong's downgrade, as well as the global economic slowdown, the electronics and semiconductor trade cycle, and Washington-Beijing tensions.

"Next year we will see a slight bounce back because the electronics and semiconductor cycle will be back," he said at a news conference in Tokyo. "Also we predict this political issue will be softened after the one-year horizon."

The ADB slashed its overall Asia growth outlook for this year to 5.4% from 5.7% in April, largely pinning the blame on the trade war. The region, containing 45 economies, is likely to expand 5.5% next year, instead of the previously forecast 5.6%, reflecting "gloomier prospects for international trade." 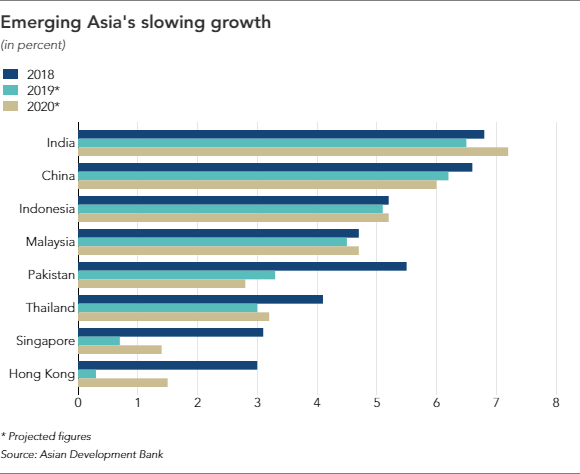 Mainland China is also expected to slow due to the trade war. "The People's Republic of China-U. S. trade conflict could well persist into 2020 while major global economies may struggle even more than we currently anticipate," Sawada said. "In Asia, weakening trade momentum and declining investments are major concerns."

India's growth prospects this year are also projected to slow from 6.8% in 2018 to 6.5% in 2019 due to investment uncertainties before the April-May elections and tighter credit conditions. It will rebound to 7.2% in 2020, the bank said.

Slowing global trade is also taking a toll on the region's more open economies, such as those in Southeast Asia, the ADB said. The region, which grew 5.1% in 2018, is projected to expand 4.5% this year before recovering to 4.7% in 2020.

Meanwhile, Pacific island nations are expected to grow faster at 4.2% this year, driven by higher-than-expected gas production in Papua New Guinea, before slowing to 2.6% next year.

Central Asia is poised to grow 4.4% and 4.3% this year and next -- slightly better than what was initially projected amid rising state spending and investments.

Still, the ADB said risks remain and pointed to a general downturn.

"The trade conflict between the United States and the People's Republic of China could escalate further or even spread beyond trade and the two economies," Sawada said. "The risk of deeper malaise in the global economy, and uncertainty over how policy makers around the world will respond to weaker global growth, may stoke volatility in global financial markets."

In a worst-case scenario in which all trade between the two economies is subject to additional tariffs, "China's economy will decline by 1.3 percent of GDP," he said.

On the other hand, the ADB sees Southeast Asian economies gaining from the trade war. "The positive impact is largely in Vietnam, where GDP will grow by 2.31 percent because of [more production in] electronics, machinery, and textile industries. Malaysia and Thailand seem to gain with much lower magnitude," he said.

The ADB has traditionally launched the annual regional economic forecasts and its revisions in Hong Kong, but chose Tokyo for today's announcement.

Sawada denied that the political turmoil in Hong Kong affected the bank's decision to switch venue, saying that the call had been made in April.

"This time we decided way before the escalation of the political, domestic turmoil," Sawada said, adding that other candidates were Singapore and Bangkok. The venue for the next announcement scheduled in the spring is still undecided, he said.