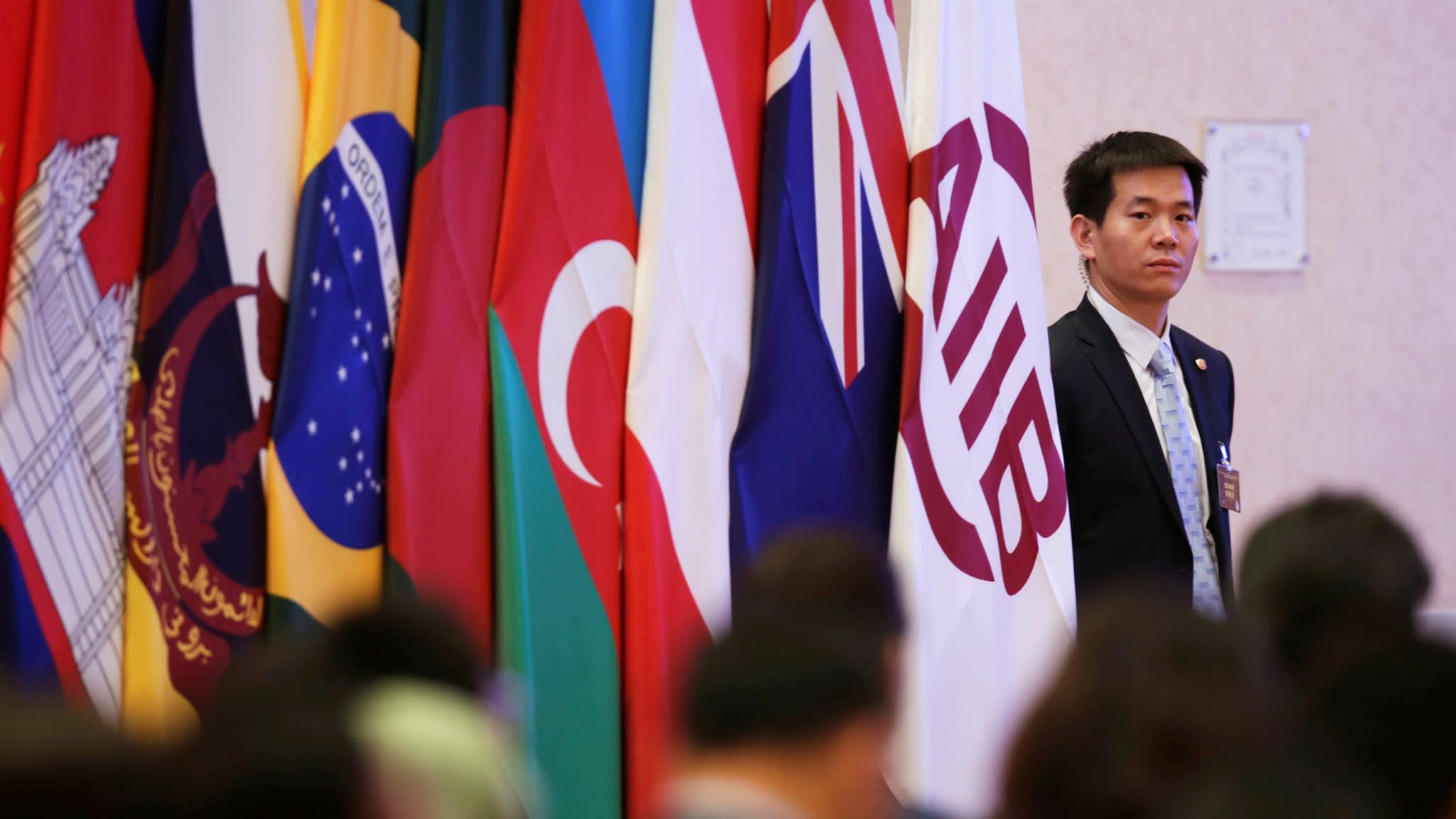 MUMBAI/BEIJING -- The Chinese-led Asian Infrastructure Investment Bank will hold its third annual meeting this week in India, the multilateral lender's second-largest contributor of capital and by far its largest recipient of financing.

The two-day conference, which gathers representatives from the bank's 86 members, starts Monday in Mumbai.

Holding this meeting in India appears meant to further distance the image of the Beijing-headquartered AIIB from being an arm of Chinese government policy.

India and China are enormous Asian powers with an uneasy relationship. They harbor a long-running border dispute, and tensions over Chinese activity in the Himalayan region flared up again just last year.

The previous annual meeting was held in South Korea, while the first convened in Beijing.

India, for its part, appears willing to put aside diplomatic disagreements in order to tap into AIIB funding for economic development. In April, the bank approved $140 million in financing for road construction and other connectivity improvements in Madhya Pradesh, a state in central India.

Including this outlay, the AIIB has signed $1.2 billion in financing for projects in India -- nearly 30% of the total so far.

China urges ADB to back Belt and Road Initiative, AIIB

As conference host, India will organize a related forum on infrastructure that will seek to drum up interest in Indian projects among financial institutions and corporations.

Since it began operations 2016, the AIIB has faced questions about Chinese influence on its decision-making. Yet the bank is nevertheless gradually taking its place among the world's international lenders.

Co-financing with the World Bank and other peers accounts for two-thirds of the AIIB's 25 approved projects so far, worth $4.4 billion in total. Its lending has grown in line with expectations, rising to $2.5 billion last year from $1.7 billion in 2016.

Contrary to some predictions, the list of AIIB loan recipients has not been skewed toward countries that enjoy close relations with China, such as Pakistan. Besides India, Indonesia, the Philippines and Central Asian and Middle Eastern nations are also among the names.

The bank's lending stance has been prudent, belying concerns that it would throw money at any project in hopes of benefiting Chinese industry.

Its membership has grown steadily, with Kenya and Papua New Guinea joining in May, bringing the total to 86. France, Italy, Germany and the U.K. have been members since the outset. Of the Group of Seven leading industrialized economies, only Japan and the U.S. do not belong to the AIIB.

The bank aims to eventually issue debt on its own to raise funds for lending and investment, instead of drawing on contributed capital. The world's three leading credit rating agencies -- Fitch, Moody's and Standard and Poor's -- all gave the AIIB their highest ratings last year.

The AIIB's biggest challenge is a lack of finance professionals. It has a staff of just 86 employees, against the Japan- and U.S.-backed Asian Development Bank's more than 3,000. The ADB is older and does more financing --  with $20 billion in loans, grants, and investments made in 2017 -- but the difference is still striking.

Compensation and other benefits at the AIIB are said to fall somewhat short of standards for international financial institutions. Observers also say Beijing's chronic air pollution makes it difficult to attract talent.

The AIIB's staff is particularly thin in the 30-49 age range, prime working years.  A notable proportion of the payroll consists of senior staff who have come in from other financial institutions.

If the remuneration is low by international standards, it is because AIIB's Chinese president, Jin Liqun, has avoided luring talent with big pay packages in order to keep the banks' running costs low. One question for bank going forward is whether this policy needs to be re-examined.