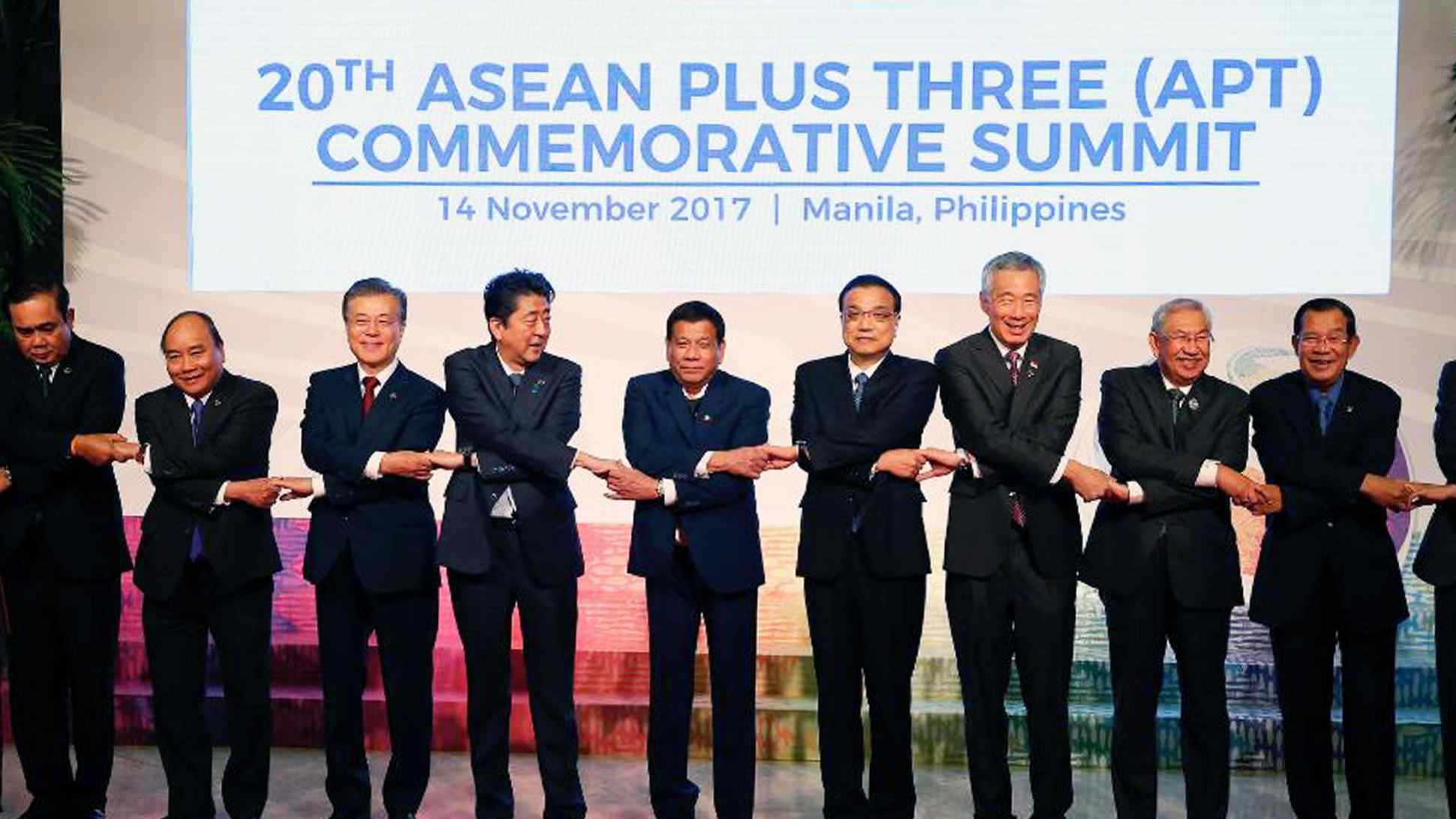 Leaders at the ASEAN+3 meeting make a show of unity in Manila on Nov. 14.   © Reuters
Economy

Leaders vow to work together in face of' 'inward-looking' politics

MANILA -- In an effort to fight rising protectionism, leaders of the Association of Southeast Asian Nations, China, Japan and South Korea are seeking greater cooperation at the 20th ASEAN+3 summit in Manila on Tuesday.

The 13 nations represented at the meeting make up 30% of the global economy. The growing threat of North Korea's nuclear development in the region is also the leaders' agenda. 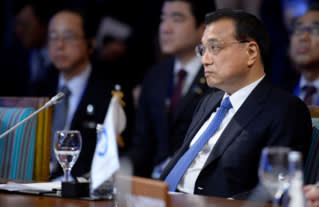 "Deglobalization and protectionism are on the rise," Chinese Premier Li Keqiang told the gathering in his opening remarks. He said he hopes to build a consensus during the summit and "send a positive signal that we firmly support regional integration."

Abe said cooperation is vital to make the world economy more predictable, to mitigate vulnerabilities and to strengthen the free trade system. Japan recently agreed to push ahead with the Trans-Pacific Partnership trade agreement with 10 other countries despite the withdrawal of the U.S.

Japan, China and South Korea are now in talks with ASEAN on the Regional Comprehensive Economic Partnership, another pan-Asian trade deal. These countries, plus India, Australia and New Zealand are scheduled to hold a meeting later on Tuesday, but the RCEP talks will extend into 2018.

South Korean President Moon Jae-in echoed his counterparts in his first remarks to the summit since he took office. He called for regional unity, naming challenges such as "protectionism, self-centered approaches, polarization and climate change."

Philippine President Rodrigo Duterte, this year's ASEAN chairman, urged leaders to continue nurturing coexistence in the region. Since he took office last year, he has pivoted toward China. In his remarks, he said that "the culture of tolerance and understanding among us [provides] space for positive dialogue."