MANILA -- The Association of Southeast Asian Nations is planning to revise the principle way it has governed itself for half a century -- by taking positions only when all members form a consensus. The 10-nation bloc is also looking at strengthening the function of its head office.

ASEAN Secretary General Le Luong Minh on Tuesday told reporters here that the 50-year-old bloc will discuss taking positions based on how members vote on economic cooperation and other "nonsensitive" issues. The ASEAN Charter, which states that all decisions should be made unanimously, would be revised. Le Luong Minh, secretary-general of the Association of Southeast Asian Nations, speaks to reporters from the Nikkei Asian Review and other outlets in Manila on Nov. 14. (Photo by Jun Suzuki)

The move would make it drastically easier for the bloc to take positions on some issues. Currently, one member can block the other nine from taking a stand if it disagrees on an issue.

"Asean needs to respond more promptly and effectively," Minh said here in the Philippine capital, where the ASEAN Summit is taking place. The Vietnamese diplomat said politically sensitive matters would continue to be subject to unanimous consent.

ASEAN, which is commemorating its 50th anniversary this year, was established by five countries -- Indonesia, the Philippines, Malaysia, Singapore and Thailand -- to fight the rise of communism. But as the organization expanded, and with East Timor set to join sooner or later, the interests and the level of economic development of each member nation have diversified, Minh said. 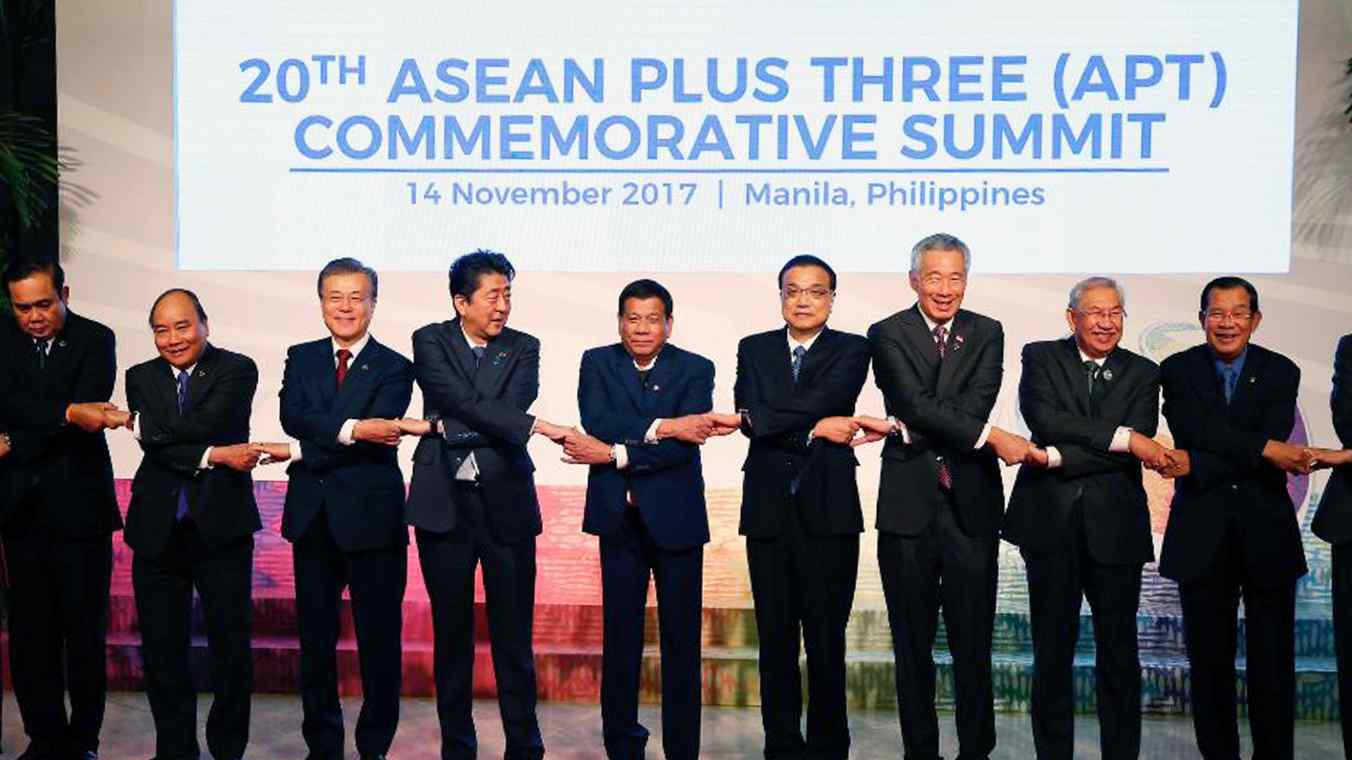 Disputes regarding South China Sea claims, especially those made by China, have become an especially heated topic among ASEAN leaders. Four ASEAN states have overlapping South China Sea claims with China, and the bloc in recent years has found itself deadlocked on the issue. Developing economies such as Laos and Cambodia, which are largely dependent on China's economic assistance, maintain pro-China stances, while claimants such as Vietnam call for strong action.

Meanwhile, ASEAN is planning to expand the function of its head office, the ASEAN secretariat, based in Indonesia's capital. "Jakarta wants to become like the Brussels of ASEAN," Indonesian Foreign Minister Retno Marsudi told reporters here on Sunday, referring to the European Union's home base.

A new building and the expansion of bureaucratic functions are in the works that would allow Jakarta to host ASEAN summits and ministerial meetings, she said.

Currently, all meetings -- including the two summits and the 100 or so related meetings held each year -- are hosted by the chairing country. ASEAN rotates its chairmanship on an annual basis.

With the ASEAN Economic Community having kicked off in 2015, the number of meetings is rapidly increasing. Moving some of them to an ASEAN headquarters would help ease the financial burden of the chair country.

Reforms on how the member states would share the organizational costs are also in the pipeline. Currently, the 10 nations equally share the financial burden despite the large gaps that exist among their economies. Singapore's per capita gross domestic product, for instance, is 40 times Myanmar's.