Myanmar in line to contract 18.4% in 2021 as military rule and COVID take toll 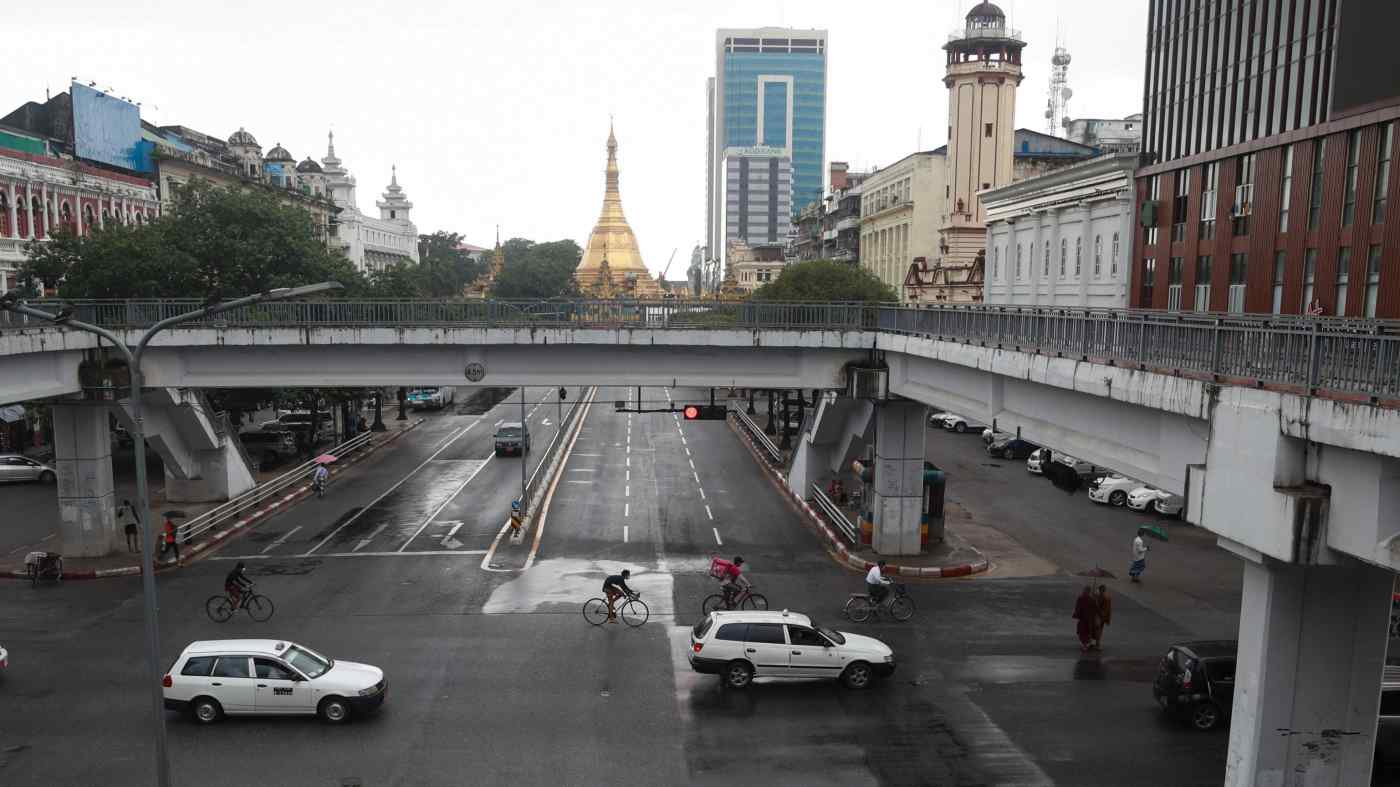 MANILA -- Southeast Asia's economic recovery from the COVID-19 pandemic will be much slower than initially expected, the Asian Development Bank said in a report on Wednesday, as the region continues to wrestle with the highly infectious delta variant.

Southeast Asia's gross domestic product is expected to grow 3.1% this year before expanding by 5% next year, according to an update to Asian Development Outlook, ADB's widely followed economic publication. The new 2021 outlook is lower than the 4% forecast in July, which was already a downward revision from the bank's original projection of 4.4% in April.

Myanmar, which is battling COVID infections amid political turmoil triggered by the military takeover on Feb. 1, is expected to contract by 18.4% this year -- double the initial forecast.

Larger developing Asia is meanwhile on course for 7.1% growth this year, slightly behind the 7.2% projected in July. The region is predicted to expand 5.4% next year.

The forecast for China, Asia's largest economy, remains at 8.1% this year and 5.5% next.

Vietnam, which has extended the lockdown in commercial capital Ho Chi Minh City to bring down infections, is expected to grow 3.8% this year, down from the 5.8% forecast in July. The growth projection for next year is 6.5%.

Indonesia, Southeast Asia's largest economy, is down to 3.5% growth from the previously forecast 4.1%, with 4.8% expected next year.

Thailand is expected to drop to 0.8% this year from the 2% July forecast. A 3.9% expansion is predicted next year.

Regionally, South Asia -- which includes Afghanistan, Bangladesh, India and Pakistan -- is expected to expand by 8.8% this year and 7% in 2022. ADB has held off making an updated forecast for Afghanistan, which has returned to the Taliban rule following the recent U.S. withdrawal. "There is so much uncertainty about how things will develop," Zveglich said.

ADB said vaccinations in developing Asia are progressing but still unevenly. At the end of August, 28.7% of the region's population had full vaccine protection, trailing 51.8% coverage in the U.S. and 58% in the EU.

"Policy measures should not only focus on containment and vaccination, but also on continuing support to firms and households and reorienting sectors in the economy to adapt to a 'new normal' once the pandemic subsides to kick-start the recovery," Zveglich said.