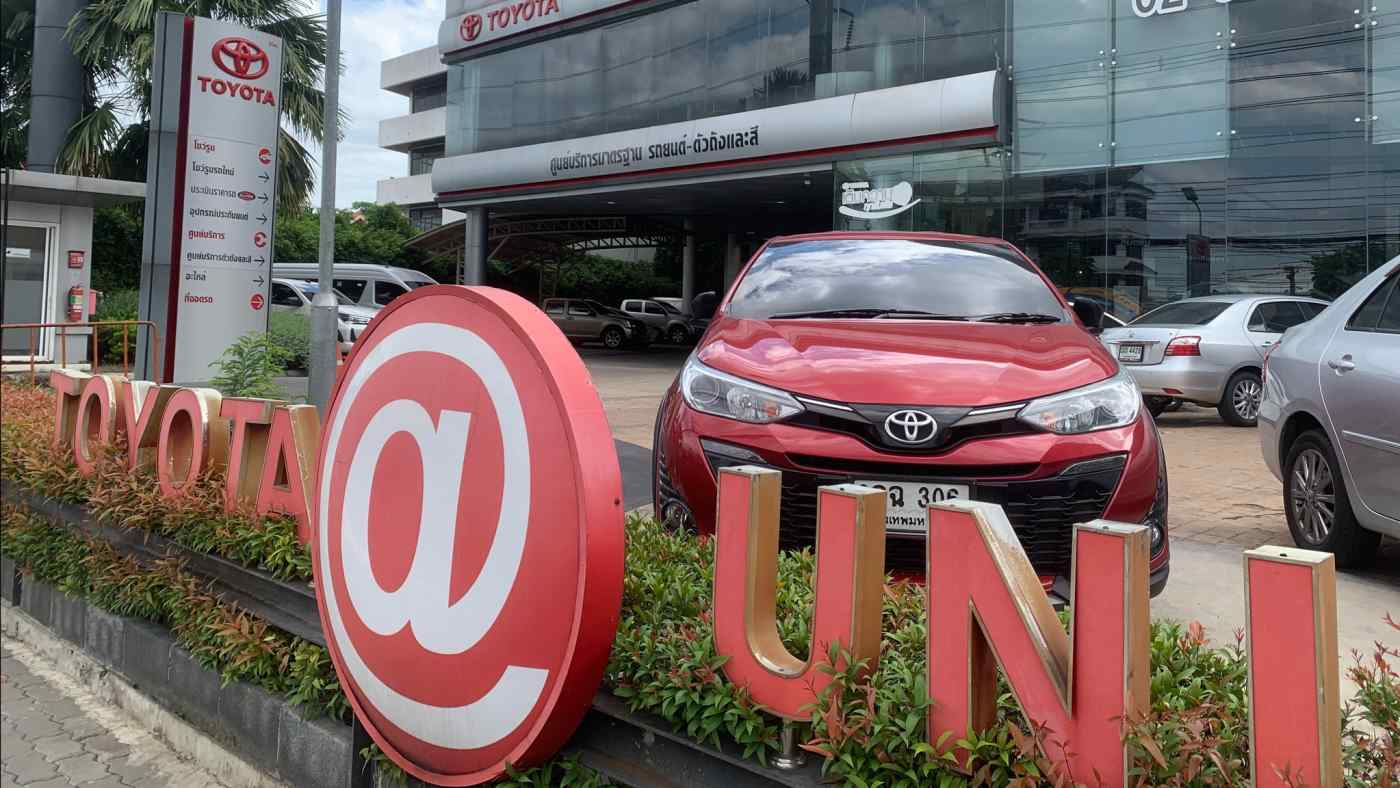 BANGKOK/TOKYO -- Coronavirus outbreaks across Southeast Asia fueled by the delta variant are squeezing business activities in the region and disrupting global supply chains.

Toyota was forced to suspend operations at all three of its factories in Thailand in phases starting July 20. The decision followed surges in COVID-19 cases among suppliers, leaving the Japanese automaker unable to procure parts. A timeline for a restart remains uncertain.

"The COVID-19 pandemic continues to have a significant impact on Thailand's automotive industry, particularly in light of the recent COVID-19 outbreak that has been more severe than previously anticipated," said Noriaki Yamashita, president of Toyota Motor's Thai subsidiary.

Surging case numbers have hit Thailand and other Southeast Asian countries hard, prompting them to impose more stringent movement restrictions. Lockdowns that began in Bangkok and other cities in the region in July have been extended to the end of August.

Although factory activity is allowed in Thailand, an outbreak at a plant can trigger a state-mandated temporary shutdown. In view of these circumstances, Honda Motor chose to suspend operations at one plant for three days through Thursday.

In Malaysia, the capital Kuala Lumpur and other areas continue to navigate business restrictions. Measures there limit the number of industries that can keep carrying out operations as well as the number of employees who can work on site.

Meanwhile, Indonesia's movement restrictions enforced on the islands of Java and Bali have been extended to Monday. Outbreaks across the country have overwhelmed its hospitals. Expatriates and their families have been returning to their home countries.

Toshiba, for instance, has ordered Japanese employees stationed at or visiting Indonesia to work from home. The tech conglomerate is also allowing those workers to return to Japan if they wish.

In Vietnam, stay-at-home orders have been imposed on Hanoi and Ho Chi Minh City, disrupting the logistics industry. Over in the Philippines, a lockdown affecting the Manila metropolitan region takes effect on Friday, invoking the most restrictive level in the country's four-tiered alarm system and reinforcing movement controls across the capital.

All these restrictions are having a impact on business sales. Toyota last week projected that the industry's automotive sales in Thailand, one of Southeast Asia's largest car markets, will only grow 1% for the year to 800,000 vehicles.

The new estimate stands in marked contrast to the 7-14% growth forecast at the beginning of the year. The downgraded sales volume would represent a 20% contraction compared to 2019 before the pandemic.

By any measure, multinationals operating in the region are grappling with severely curtailed business activity.

Panasonic produces electronic components and home appliances in Southeast Asia. As of last week, its Indonesian facilities were staffed at less than half of normal capacity, and its operations in Malaysia were less than 60% staffed.

While Panasonic maintains production at key hubs, the company reports that it has suspended operations at a number of plants.

"Permission to operate is issued on a weekly basis," explained Panasonic's Chief Financial Officer Hirokazu Umeda. Companies like the Japanese manufacturer have little choice but to stay flexible and make adjustments to production schedules based on government orders.

Nikon's factory in Thailand's Ayutthaya Province, where it makes digital cameras and interchangeable lenses, halted work for six days through July 25 due to outbreaks. All employees underwent PCR tests.

To complicate matters, the number of people coming in person to work has shrunk, due in part to the need for people to quarantine when in close contact with those who already tested positive. Nikon is reorganizing its production by prioritizing lines with the most shipments.

Many companies are responding to the constraints by focusing on keeping supply chains flowing. Hoya, the Japanese lens maker, plans to expand the workforce at its Thai and Vietnamese plants by 10 to 20%.

At present, if a worker becomes infected, others who work the same shift are required to isolate at home. That has caused Hoya's factory activities in both Thailand and Vietnam to decline by about 10% on average. The company is maintaining a larger staff to offset the absentees.

Japan is feeling the effects of these disruptions because the components made in Southeast Asia are also exported to the country. Japanese companies have steadily shifted capacity over the years to the region, and consequently, countries belonging to the Association of Southeast Asian Nations accounted for about 16% of all Japanese imports by value last year.

Due to its stalled supply chain in Vietnam, Toyota has decided to suspend three factories in Japan's Aichi Prefecture. And Honda will shut the Suzuka factory in Mie Prefecture for seven days this month because of delayed supplies from Indonesia and elsewhere.

Accordingly, corporations are increasingly sounding the alarm for what is in store, with business continuity plans gaining renewed attention.

"It's hard to predict the impact the epidemics will have on production, sales and the supply chain," said Hiroki Totoki, executive deputy president of Sony Group.