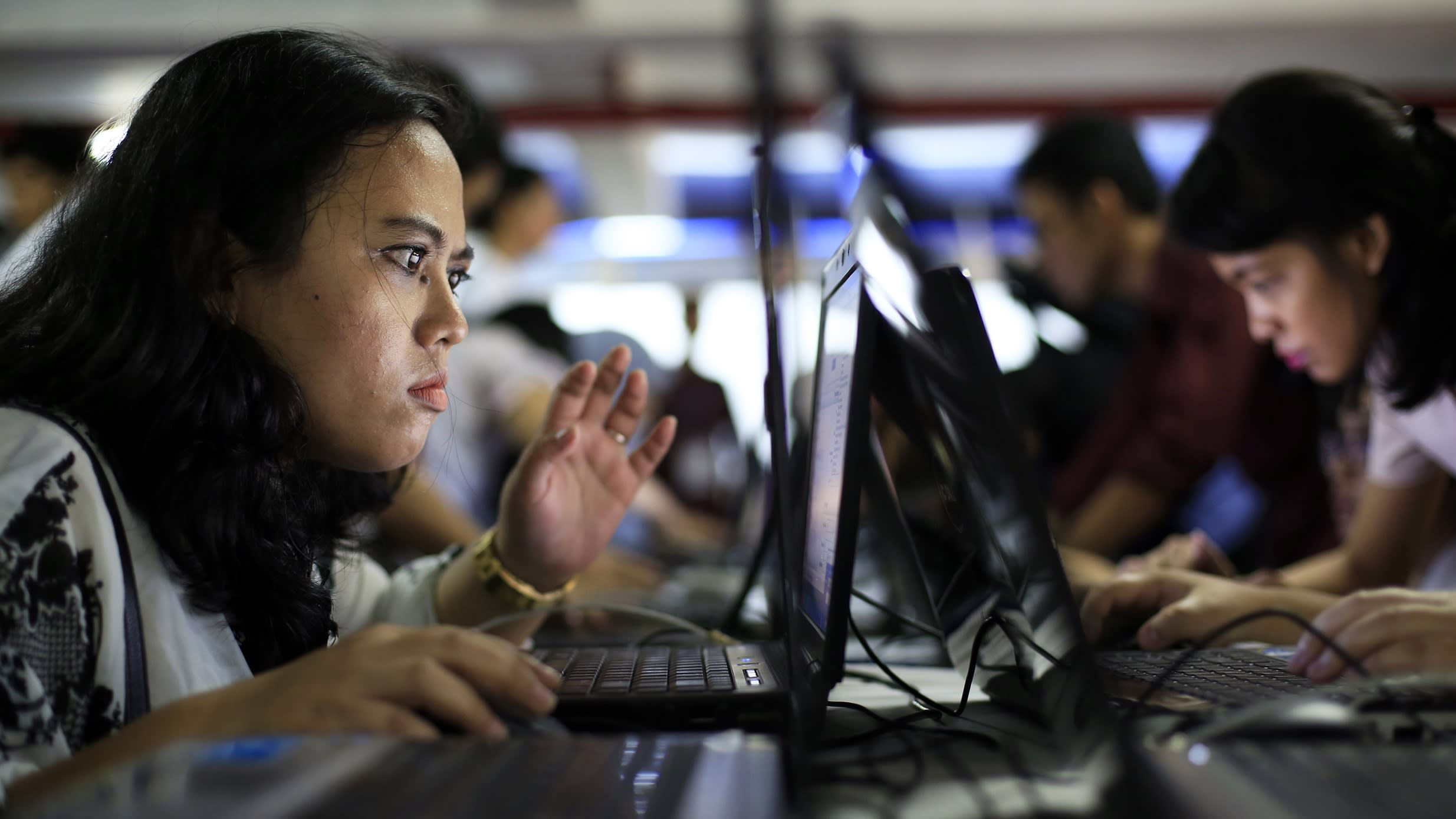 SINGAPORE -- Japan will help countries in the Association of Southeast Asian Nations groom 80,000 manufacturing and digital industry specialists over five years, part of a broader effort by Tokyo toward cooperation in the Indo-Pacific region.

Prime Minister Shinzo Abe announced the program at a summit meeting Wednesday. The program will focus on training engineers, researchers and business managers in manufacturing, artificial intelligence and other fields.

This builds on similar efforts announced in 2015 to train 40,000 workers in areas like materials processing and infrastructure design and maintenance. Japan is widening its scope to high-tech fields this time around.

Abe also announced an initiative to support smart-city development in Southeast Asia. Tokyo will host a minister-level meeting by the end of 2019 to discuss cooperation on renewable energy, advanced sewage systems, traffic congestion and electronic payments, among other fields. The idea is to match the needs of each locality with the expertise of Japanese companies to draw up concrete projects.

He also expressed hopes that more nations will come aboard the Trans-Pacific Partnership trade deal, which is set to slash tariffs for its 11 member countries. "As an advocate of free trade, Japan will promote free and fair rules around the world," he said.

The talent program is part of Japan's vision for a "Free and Open Indo-Pacific," which Abe will promote in a series of upcoming ASEAN-related meetings. He is playing up Japan's strengths in environmental issues and local talent development, offering the region an alternative to Chinese aid.

Southeast Asia is an important region for China's Belt and Road infrastructure-building initiative. But criticism has grown over the way these projects are financed, which has left some countries heavily indebted to Beijing and in poor fiscal health, as is the case with Laos.