Tokyo to ready billions of dollars for dams, levees and cash-back programs 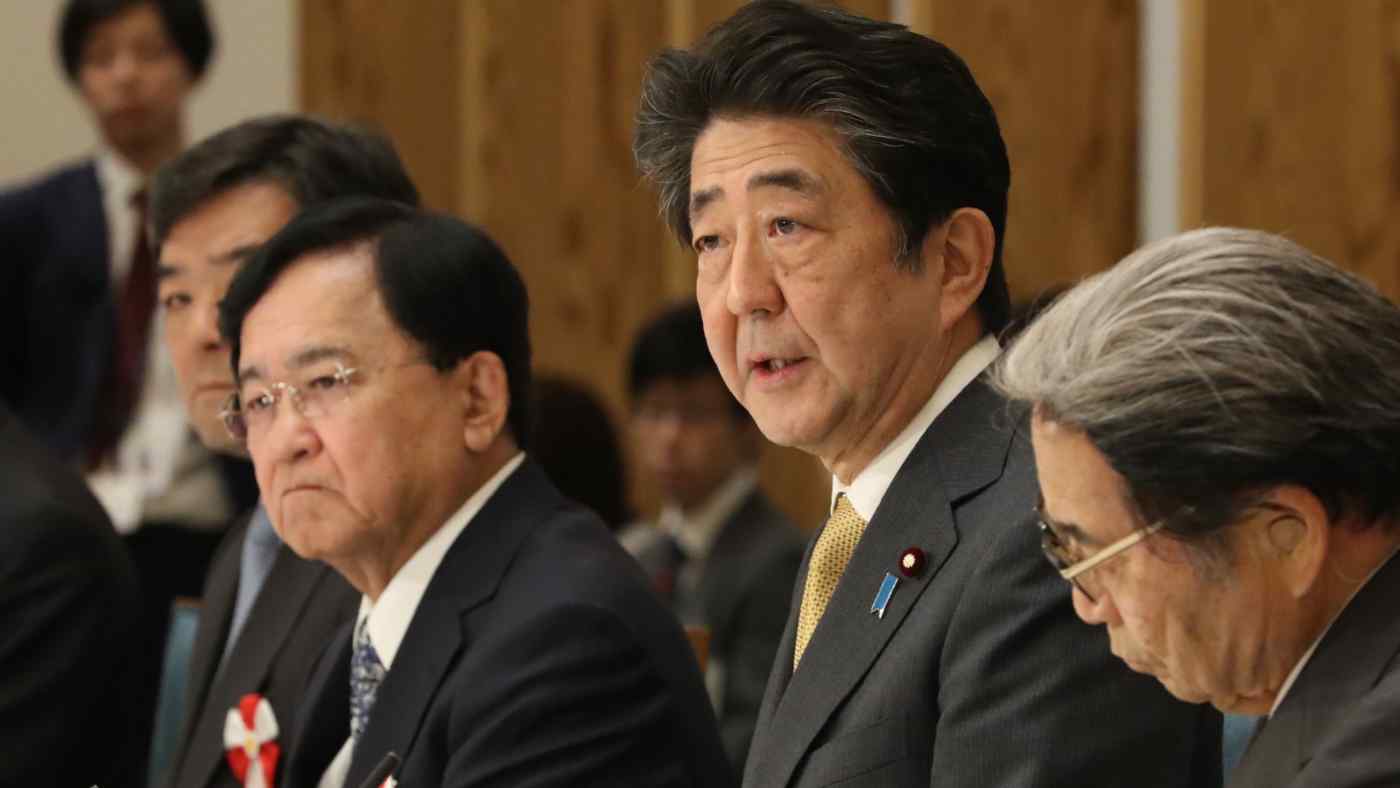 TOKYO -- Prime Minister Shinzo Abe is set to call for stimulus measures to prop up an economy battered by a string of natural disasters and sustain growth past next year's Tokyo Olympics, Nikkei has learned.

With the global economy showing signs of slowing amid the trade war and uncertainty over Brexit, Abe hopes to ensure the economy will keep humming with an injection of government spending.

In light of the super typhoon in October that left a trail of destruction across eastern Japan, Abe's government has made rebuilding stricken areas and improving disaster mitigation infrastructure a priority.

Proposals include reassessing levees, dams and other flood controls and strengthening them as needed.

Japan's budget topped 100 trillion yen ($918 billion) for the first time in fiscal 2019, reaching an unprecedented 101.5 trillion yen as the government spent to brace the economy against this October's consumption tax hike.

The government will revamp a 7 trillion yen plan to prepare infrastructure for natural disasters over three years through fiscal 2020.

Japan wants to expand the program to include assistance for farmers sustaining more than 100 billion yen of damage from typhoons, as well as subsidies granted to smaller manufacturers and other businesses. It wants to prevent affected areas from losing their reputation in tourism.

Tokyo is also looking to bolster Japan's growth potential beyond the summer Olympics in 2020.

The government is also set to unveil measures to support farmers in light of the trade pact agreed to with the U.S., based on its estimate that domestic production of agricultural, forestry and fisheries products will be reduced by 60 billion to 110 billion yen. Anticipating increased imports of beef, pork, dairy products and other goods from the U.S. on lower tariffs, the government will draw up measures to strengthen the competitiveness of Japan's livestock and related distribution businesses.