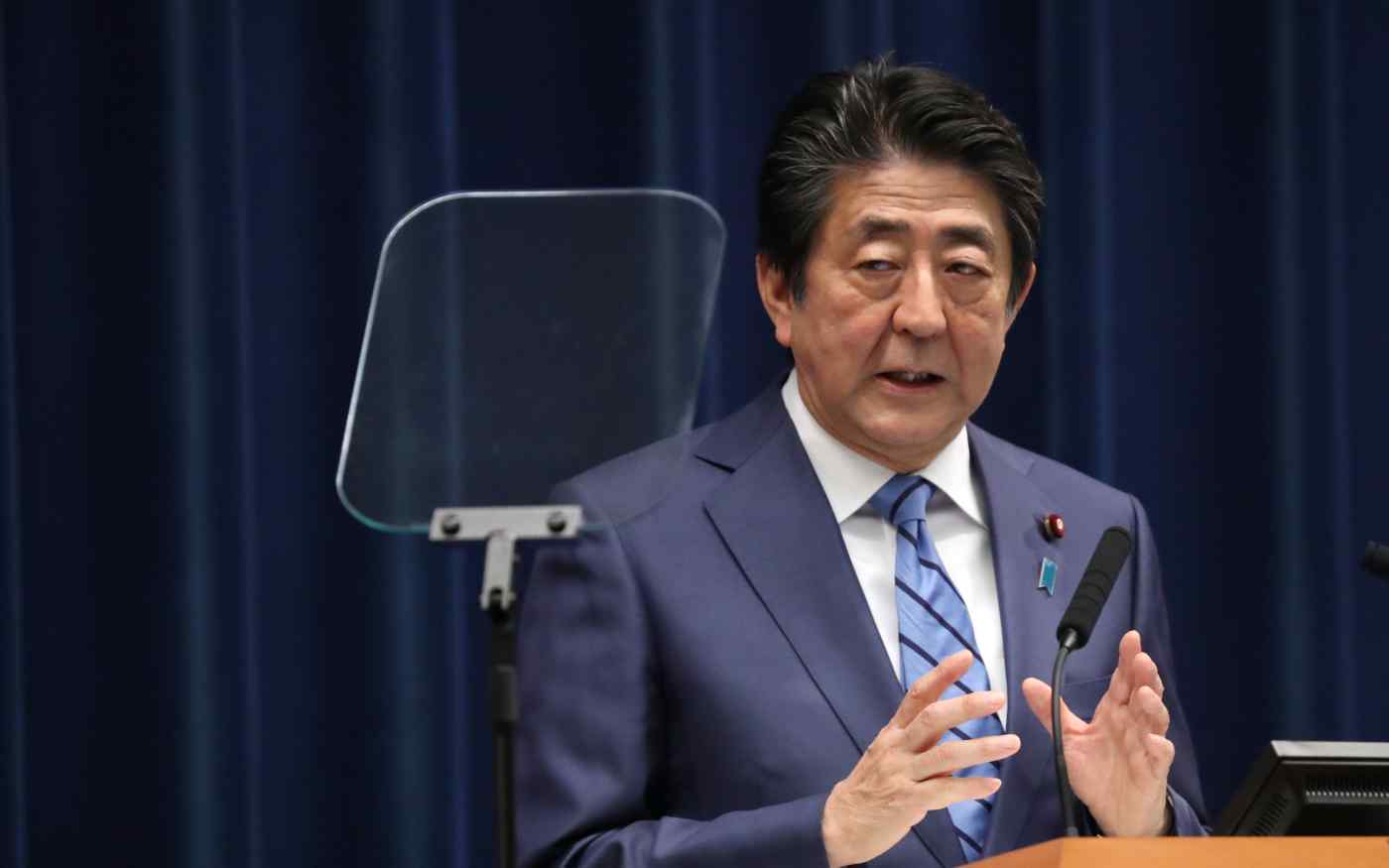 Prime Minister Shinzo Abe said on March 14 that Japan has been able to slow transmissions of the new coronavirus and that his government is not in a position to declare a state of emergency.
AKANE OKUTSU, Nikkei staff writerMarch 14, 2020 21:12 JSTUpdated on March 15, 2020 06:50 JST | Japan
CopyCopied

TOKYO -- Japanese Prime Minister Shinzo Abe said the government will inject "necessary and sufficient" funds into the economy and use "unprecedented ideas" to bring back growth.

Abe gave no details during a rare Saturday news conference called to explain his government's response to the novel coronavirus outbreak, though he said fiscal and monetary policies would be used on the economic front.

But the prime minister stopped short of declaring a state of emergency, which he was empowered to do earlier this week under a new law. Abe said Japan has managed to control the pace of transmissions compared with other countries and therefore this was "not the right time" for such a declaration.

"Of the people with symptoms, 80% are mild. Half of the patients with serious symptoms are recovering too," he said.

A state of emergency would allow prefectural governors more authority to impose travel and other restrictions. Abe said such a decision would be made "carefully in consultation with expert opinions."

The pandemic has constrained the global economy and Japan's along with it, sinking the stock market and throttling business activity. Abe said that while the priority is to prevent the spread of the virus, the government's "unprecedented ideas" will result in bold measures.

The prime minister added that the government will listen to regional voices to come up with the details.

He also pledged to coordinate with other global leaders.

"As the global economy is shaking," he said, "we need to take measures in cooperation with G-7 and G-20 countries."

As to the uncertainties that the pandemic is casting on the Tokyo Olympics, now a little more than four months away, Abe said that "in cooperation with the International Olympic Committee, we hope to overcome the virus and hold [the event] as planned." He said he planned to attend the start of the torch relay in Japan on March 26.

He also said prospects for "postponing or canceling were not raised at all in a talk" with U.S. President Donald Trump on Friday.

As for testing, Abe said that by the end of this month, Japan will be able to provide 8,000 of its polymerase chain reaction-based tests per day to suspected coronavirus patients -- nearly double the country's capacity as of the first week of the month. He also said a more simplified testing kit now under development will be available by then. Polymerase chain reaction refers to a method of amplifying a small DNA sample so that it can be studied in detail.

Abe said the key to preventing people from contracting serious symptoms, is to swiftly locate clusters of infections, respond quickly and to have people diagnosed as soon as possible.

He said the risks rise if three conditions overlap: being in confined spaces with bad ventilation, being in crowded areas and conversation with others at near distances.

He said the decision to reopen schools across the nation will be made upon consultation with experts.