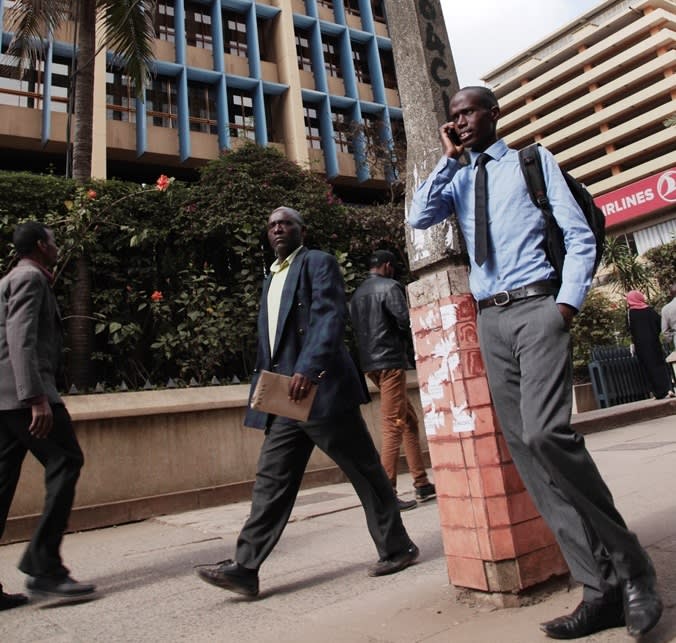 A Kenyan businessman walks along the street in Nairobi. (Photo by Ken Moriyasu)

TOKYO -- As a leading producer of oil, copper ore and other natural resources, recent weak prices and sluggish markets have slowed African economies. Growth potential on the continent remains immense, however, with populations growing faster than the world average. What are the economic prospects for Africa, and what challenges does it face? An expert on the subject, Katsumi Hirano, executive vice president of the Japan External Trade Organization, spoke with The Nikkei about these issues and more. 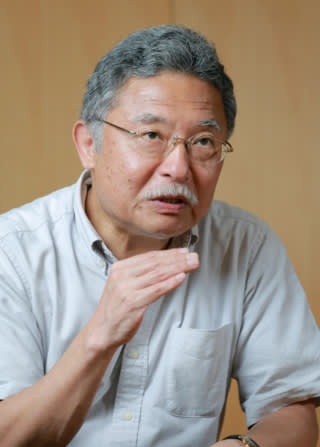 Q: Do you expect the sluggish economy in Africa to continue?

A: It's hard even for specialists to read future price trends for natural resources. Looking back, resource prices have surged only twice since World War II: during the oil crises of the 1970s and the period between 2000 and the recent past. Behind that second price bump was the rising profile of China. Unless the Chinese economy starts growing quickly again, rapid growth in Africa is not likely anytime soon. Because they are developing economies, African nations need stable economic policies.

Q: What is needed for sustainable growth in Africa?

A: Firstly, the enhancement of agriculture. In Africa, 60% of the labor force is focused on agriculture, and 80% of the people in dire poverty live in farming villages. Unless the agricultural sector becomes more efficient, income gains in Africa are impossible across the board.

Currently, Africa is not self-sufficient in staple foods, so domestic prices cannot stabilize unless agricultural productivity rises. [Today's upward price trend] is leading to higher wages and labor costs. That has an negative effect mainly on manufacturing sector. So many working people are engaged in agriculture, but the continent depends on food imports. Without a breakthrough in this area, there is no path to stable economic growth.

Q: Does the land in Africa have good potential for agriculture?

A: There are many challenges. Groundwater resources are scarce, so people have to secure water from underground or irrigation systems. African soil generally lacks sufficient inorganic fertilizers like nitrogen and phosphorous, leading to the use of chemicals instead. Some crop breeds can bring in large harvests even in low-water environments, and they should be used more widely. If that raises productivity in areas better suited to agriculture, Africa could minimize its food imports.

Q: The African economy did not fare well in the 1980s and 1990s. How are things different now?

A: In the 1980s, macroeconomic management failed in many African nations. Nigeria's military regime was the worst. But now, President Muhammadu Buhari is promoting policies to address the slow economy, eradicate corruption and cut waste from government expenditures. The difference is huge.

African governments are becoming more flexible in making policy to suit current situations, which is substantially improving their quality. The foundation of the corporate sector has also progressed. In the 1980s, the government sector, including state-owned companies, accounted for 70% of Africa's economic output, leaving very little to the private sector. But starting around 2003 the private sector began driving economic growth in the region. Not only foreign companies, but also many indigenous African companies are reporting rapid growth.

Q: Many African entrepreneurs are returning home from the West to do business. How is this affecting the situation?

A: They're called "the cheetah generation," and they are active particularly in IT and finance. Many were educated in the U.S. and maintain business networks in the U.S. and Europe. World financial aid has been focused on Africa, and scholarships allowed many talented Africans to go to school in the developed world. Now they are blossoming at home.

The high prices for natural resources over the decade until recently changed Africa substantially. National capitals are full of new buildings, and more cars are on the streets. But I'm not saying this growth has supported major progress in reducing poverty or substantially increased the middle class. It's worth noting that the gap between the rich and poor expanded in natural-resource producers such as Angola and Equatorial Guinea.

Q: Historical ties led European and U.S. companies to enter African markets far ahead of the rest of the world. Will Asian companies, including Japanese ones, be able to compete going forward?

A: Business principles in Africa are relatively simple. Like the textbook example of a market economy, strong companies win there.

Africa is an ideal stage for Japanese companies to test and hone their skills, and various business models are being advanced. In Kenya, Safaricom offers secure money transfers and settlement services via cellphone. This allowed the country to join the world's top group in terms of mobile money circulation. The Safaricom system was born of necessity because Kenya's financial infrastructure is underdeveloped. The success of Japanese companies in Africa depends on their ability to come up with such ideas.

Q: The Tokyo International Conference on Africa's Development [TICAD] is celebrating its sixth anniversary and will be held in Africa for the first time. China and India are hosting similar events. What do you think the Japanese government and corporations need to do to raise their profiles?

A: Japan has to regain its strength. In that regard, it's important to designate TICAD as a policy component for that specific purpose. The conference should be operated in the spirit of Japan and Africa growing strong together, both economically and politically. One motivation for Japan to host TICAD is the possibility of increasing influence over international public opinion.