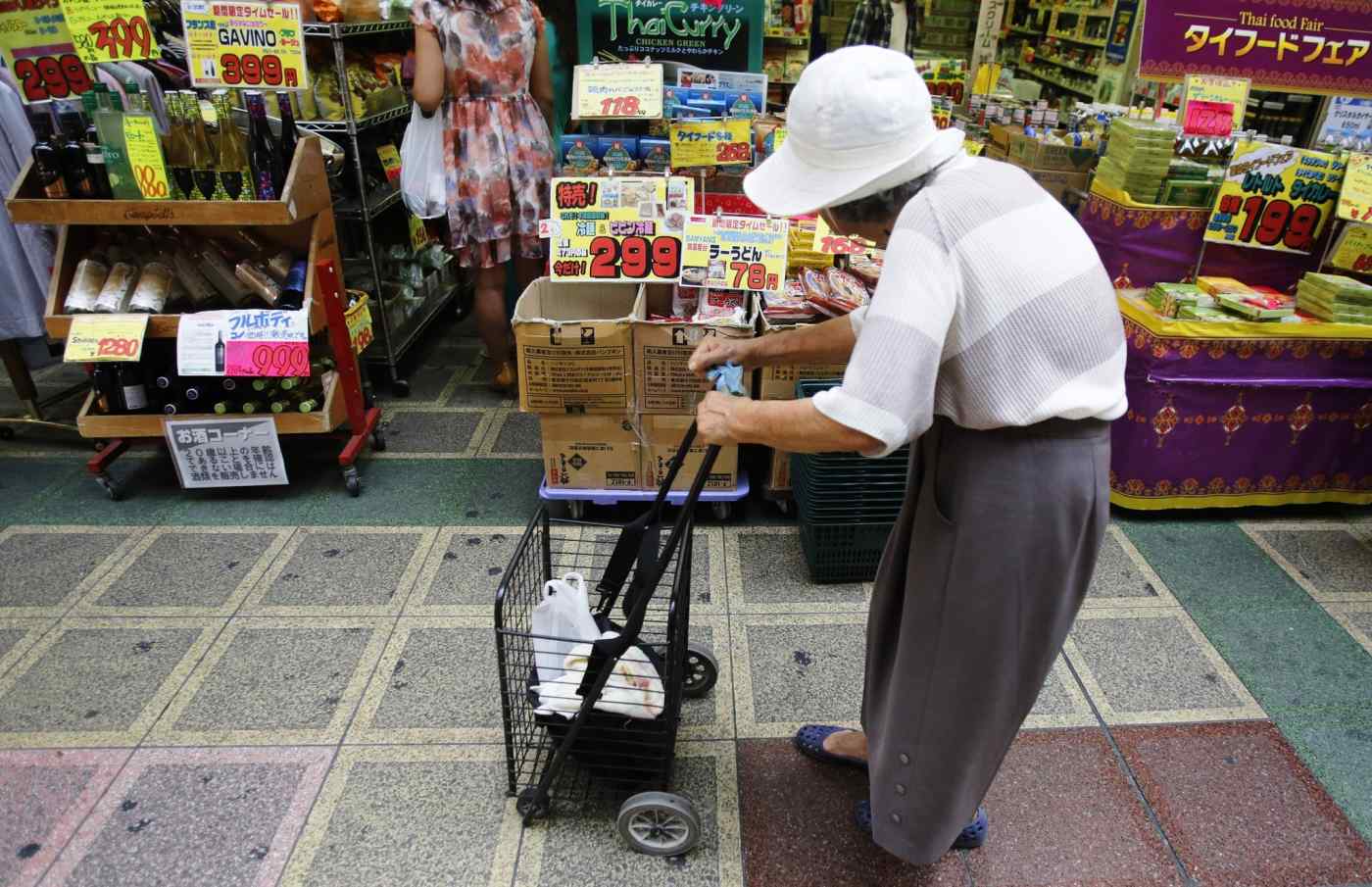 WASHINGTON -- Japan's gross domestic product could fall by over 25% in the next 40 years as its population declines, the International Monetary Fund said Wednesday, urging the government to boost productivity through structural reform to mitigate the damage.

A rapidly aging and shrinking population "implies a commensurate drag on real output" under current policies, the IMF said in its annual report. The organization consults every year with member countries to get a sense of their economic conditions.

Structural reforms are crucial to keeping the economy from slowing too much, the report said. It specifically pushed for a commitment to equal pay for equal work between permanent and irregular workers, on which Japan passed a law in June, and changes to tax and social benefit rules that discourage married women from seeking full-time work.

Such efforts, combined with corporate governance reforms and trade liberalization, could "boost real GDP by as much as 15% in 40 years," compared with the baseline scenario, the IMF said.

The organization predicted that Japan's economy will grow 1.1% in 2018 but just 0.9% in 2019, due to the consumption tax hike planned for October. While the IMF has pushed for the hike, it still warned that the move could cause the economy to contract. It backed Prime Minister Shinzo Abe's proposal to cut auto and housing taxes to soften the blow.

In terms of monetary policy, the IMF said the Bank of Japan should maintain its "accommodative" stance instead of tightening the belt too soon. While rock-bottom interest rates have squeezed smaller lenders, the IMF said the government "should encourage regional financial institutions to adapt their business models to prevailing demographic trends," including through the use of financial technology to diversify revenue sources.