Ahead of political gathering, China's economy starts to beat

Data points to an uptick, but employment still far behind last year's level 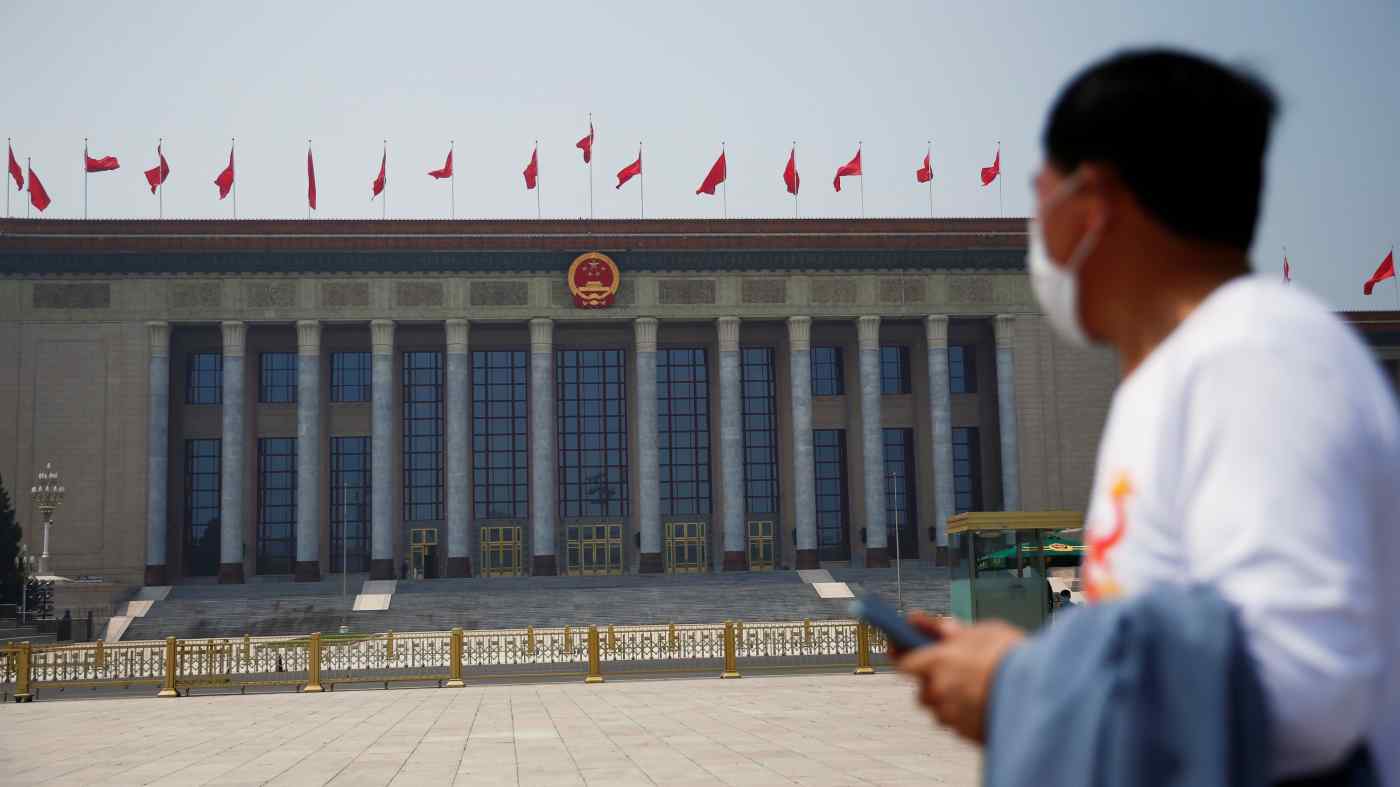 National People's Congress, China's parliament, will start to meet on May 22 and is the most important event on the country's political calendar     © Reuters
ISSAKU HARADA, Nikkei staff writerMay 16, 2020 04:40 JST | China
CopyCopied

BEIJING -- Signs of a resurgence in the Chinese economy have emerged thanks to the government's efforts to escape the coronavirus-induced funk, though sluggish employment figures suggest a true recovery is still far away.

Industrial production grew 3.9% on the year that month, according to data published that day, marking an improvement from the 1.1% decline in March and the first increase in four months.

The output for computers rose 26% as more Chinese work from home, while integrated circuits saw a 29% jump thanks to government-backed efforts to boost domestic production. Auto production increased 5% in a marked recovery from the 43% drop in March, helping to lift overall figures.

The positive statistics offer the government a sigh of relief as the political leadership prepares to convene for the National People's Congress, China's parliament, from next Friday. The NPC, China's most important event of the political calendar, was delayed from early March due to the new coronavirus.

Steel and cement production has also climbed as the Chinese government ramps up public projects in an attempt to lift employment and the greater economy. While official data shows investment in fixed assets decreasing 10.3% on the year for January-April, Japan's Mizuho Research Institute estimates the April-only figure edged up 0.7%.

"The fact that infrastructure investment is up in addition to property development is a big factor," said Yusuke Miura, senior research officer at Mizuho Research Institute. The national government had told regional governments in late-March to restart large-scale construction, in hopes of quickly putting the country back to work.

The Chinese Communist Party's Politburo last month decided it would focus on maintaining stability in six key areas, with employment at the top of the list. A giant panda smells his birthday cake in Guangdong Province. China's efforts to shore up its economy appear to be bearing fruit.   © Reuters

The number of rural migrant workers in urban areas dropped by 50 million to 120 million between the end of December and the end of February. It had recovered to about 90% of the usual level by the end of April, Liu said.

Still, employment is far from returning to pre-pandemic levels. Overall unemployment advanced 0.1 point to 6% in April. Those aged 16 to 24 were hit particularly hard, facing a half-point increase in unemployment to 13.8%. The average workweek shrank by half an hour to 44.3 hours due to a lack of overtime. The number of new jobs created in urban areas sank 7% on the year to 1.25 million.

A key issue is that about 46% of China's work force is now in the service sector, about 70% more than in secondary industries like manufacturing and construction, and that the service industry is not as easily bolstered through government intervention.

The index for services production slumped 4.5% on the year in April. "Government policies have made little difference on the ground," a source close to the government said.

Lower-income households are suffering disproportionately. Seventeen percent of those making above 50,000 yuan ($7,000) but below 100,000 yuan a year, as well as 34% of those making 50,000 yuan or less, said their income significantly declined from the coronavirus. Meanwhile, just 7% of households making 1 million yuan or more said the same.

Job insecurity is expected to prevent consumer spending from bouncing back quickly. Retail sales were down 7.5% on the year in April, and restaurants in particular suffered a 31% drop in revenue. Travel spending during the Labor Day holidays in early May plunged 60%.

Overseas demand could also decline in coming months. Official data showed an increase in exports in April, defying expectations. However, the figure includes goods that have cleared customs but have yet to physically ship overseas.

Some economists instead put more weight on the number of times ships, airplanes, automobiles and trains cross China's borders, which is published by the customs authority. This figure indicates shipments are actually slowing each month, dropping 41% on the year the year in January-February, 54% in March and 63% in April.

"Rates for air cargo in particular have shot up because planes need to be decontaminated, so goods are piling up at ports," according to Guangzhou-based GF Securities.