When I was in Australia recently, the number of cranes in Sydney and Melbourne indicated that both cities are experiencing a demand-led development cycle. The relative economic performance was highlighted by the country recording its 25th successive year of economic growth.

Australia's economic growth since 2004 has been fueled by the industrialization of China and other parts of emerging Asia, resulting in strong demand for its commodities. As demand tapered, the Australian economy has proved resilient through the transition from mining sector investment growth to more broad-based domestic economic drivers. Real estate has responded positively to the transition, with average values for central business district (CBD) offices increasing by 48.7% between the fourth quarter of 2009 and the second quarter of 2016.

However, Standard & Poor's moved its outlook for the country's economy from "stable" to "negative" at the start of July, due to doubts about its ability to manage its budget. Should real estate investors be concerned?

According to our latest Investment Intensity Index, Sydney, Melbourne and Brisbane ranked among the world's top 20 real estate investment destinations. Sydney is the only Australian city in the top five, ranking fourth overall, after London, Oslo and Munich. Melbourne is tenth and Brisbane is 19th. In 2015, offshore investment accounted for more than 40% of all commercial property transactions in Australia by value.

The proportion of offshore investment in the office sector alone was even higher, with 54% of asset acquisitions by value purchased by an offshore buyer. This is the highest level of annual foreign capital inflow ever recorded in the Australian office sector.

Australia is a beneficiary of two major investment themes: first, higher allocations by pension funds, sovereign wealth funds and insurance companies to real assets; and second, higher allocations to the Asia-Pacific region. Australia is ranked as the second-most transparent property market in the world and one of only two highly transparent real estate markets in the Asia-Pacific region (the other is New Zealand). As a result, it receives a disproportionately high share of cross-border investment flows in the region.

Singaporean investors have been the biggest buyers of commercial properties over the past 18 months, accounting for 25% of cross-border investment -- nearly $4 billion -- into Australia since the start of 2015. Other capital sources competing for Australian assets include those from China, South Korea, Japan and North America. We project Sydney CBD office market capital values will rise by approximately 9% in 2016.

The Reserve Bank of Australia has observed that the country's economic resilience reflects, in part, the flexibility of three key prices: the exchange rate, the price of money (or interest rates) and the price of labor. Currency depreciation has increased the competitiveness of export-orientated industry sectors and precipitated an increase in tourism numbers. Furthermore, the lower Australian dollar has proved a disincentive for Australians to travel overseas and provided further support to the domestic tourism industry. The effect of low interest rates and a structural undersupply in the residential sector has boosted construction activity, which increased by 10% over 2015, according to government data.

However, Australia has risk factors to navigate. In July, Australia came one step closer to losing its AAA sovereign credit rating when Standard & Poor's cut the outlook in response to the diminished potential for Australia to repair its federal budget, a prerequisite for maintaining a AAA credit rating. A move from AAA to AA would be the country's first downgrade from S&P since 1989. However, we are of the view that a potential downgrade will have limited impact on the real estate sector.

This is because commercial real estate yield-to-bond spreads have continued to widen despite six ratings changes between 1986 and 2016. If credit ratings were a factor in office yields, we might expect to see yields widen in response to ratings downgrades and vice versa, but the long-term evidence seems to suggest the opposite. Currently, real bond yields in Australia are near all-time lows -- as they are in most global markets.

In the residential market, mortgage rates have moved independently of sovereign ratings for the last two decades, based on the spread between the official interest rates and the average variable home loan rates offered by Australian banks. Just recently, domestic business confidence has also remained firm despite volatile global financial markets caused by the Brexit vote outcome.

In summary, Australia remains attractive to offshore capital sources despite the transition of the mining sector from investment to production. Economists talk about potential gross domestic product growth being in the 2.6% to 3.0% range for Australia moving forward -- below the long-term average of 3.2%. However, in a low growth environment, strong economic growth relative to other mature economies will make Australia an attractive real estate investment destination over the medium to long-term. 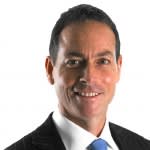