MANILA -- In downtown Angeles City, around 80km north of Manila, a seemingly nondescript building is one part of the Philippines' still-unfolding success story.

Gwenn Santiago, a manager at StarTek, said that apart from a stable power supply and high-speed Internet, renting space at eNTEC brings perks such as an income tax holiday, duty-free importation of equipment and value-added tax exemption.

How can an office complex offer such incentives? In 2012, President Benigno Aquino declared the building a special economic zone.

Unlike the vast industrial parks of China, Thailand and other countries, special zones in the Philippines come in all sizes. As long as a facility houses exporters of goods or services, investors can apply to the Philippine Economic Zone Authority, or PEZA.

More than half of the special zones registered with PEZA are information technology parks or buildings like eNTEC. Many are used for business process outsourcing. The $18 billion industry has become a major contributor to an economy that, in the last five years, has averaged 6.2% growth, the fastest in 40 years. Aquino, delivering his final state of the nation address July 27, said a 6.8% expansion this year -- below the 7-8% target -- would be enough to make growth coinciding with his presidency the highest six-year average in 60 years.

The rise of the zones has given the nation two main economic pillars, the other being remittances from some 10 million Filipinos working abroad. Last year, they sent home $24 billion. 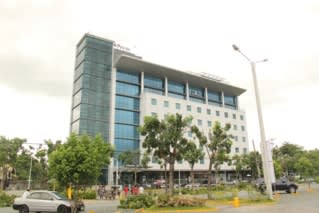 The eight-story eNTEC building in downtown Angeles City is one of hundreds of special economic zones scattered across the Philippines.

All this has fueled the Philippine "economic miracle" at a time when many countries are still finding their feet after the global financial crisis. The magic can be traced to the policies of two presidents: the strongman Ferdinand Marcos and Fidel Ramos.

Go forth and remit

Confronted with deepening unemployment, Marcos in 1974 issued Presidential Decree 442, better known as the Labor Code. Part of decree's goal was to ensure "careful selection of Filipino workers for overseas employment in order to protect the good name of the Philippines abroad."

Various agencies were set up to institutionalize the export of labor, including the Philippine Overseas Employment Administration.

Gerardo Sicat, who was economic planning minister at the time and is professor emeritus of economics at the University of the Philippines, insists the policies really were meant to address the job shortage sparked by the 1970s energy crisis.

The growing tendency for Filipinos to work abroad dovetailed with an increase in global demand for inexpensive labor. Filipinos found work in the Middle East, especially oil-rich Saudi Arabia. Over time, opportunities opened up in Europe, as well as rising Asian economies such as Singapore and South Korea, which needed more factory workers.

Today, English-speaking Filipinos are in high demand in the services sector. Many are landing well-paying jobs such as nurses and crew members aboard foreign merchant ships. Remittances have been increasing at an annual clip of 6%, bolstering consumption in the Philippines.

Creating domestic jobs remained a pressing challenge when Ramos took power in 1992, following the term of Corazon Aquino. In 1995, Ramos amended the Export Processing Zone Authority to create what is now PEZA.

Private companies, including foreign ones, were allowed to develop economic zones and industrial parks. Incentives included income tax holidays of up to eight years, after which businesses would pay a special 5% rate on gross income.

Investments through this system have contributed 2.86 trillion pesos (62.8 billion) to the Philippine economy over the past two decades. In terms of exports, the zones have chipped in $536.4 billion. The government estimates PEZA has created more than 1 million jobs and indirectly benefited 5 million people. Many credit PEZA's success to sound management, particularly by Director-General Lilia de Lima. She has been in charge since the agency's inception -- a rare feat in a country where nepotism is rampant.

"The biggest problem I have is that we still have made no progress in cloning Director-General de Lima," Aquino quipped in April.

De Lima chalks up the results to efficiency and convenience. "PEZA is a one-stop shop," she said. "We render service 24/7 -- you can knock on our offices even at night."

PEZA made a crucial change in 2001, abolishing a rule that required businesses to develop 25 hectares of land if they wanted the incentives. Now, investors in IT parks outside of Manila need only 5,000 sq. meters of gross floor area to reap the same benefits as factories in big industrial parks. Elmer San Pascual, head of promotions and public relations at PEZA, said the agency wanted to take some of the business process outsourcing "pie" from India.

The liberalized policy encouraged domestic real estate companies such as Megaworld, SM Prime Holdings and Ayala Land to build offices for outsourcing businesses -- and develop commercial and residential properties around them.

With nearly half a million English-speaking college graduates entering the workforce annually, it did not take long for the Philippines to grab a big share of that outsourcing pie. In 2012, the country overtook India as the world's call center capital. Convergys, a call center operator, is now the nation's largest private employer, with 55,000 people on its domestic payroll.

The PEZA system's appeal has only increased under Aquino's stewardship. Of the 2.86 trillion pesos worth of investment, 1.3 trillion pesos have flowed in during his administration alone. The number of companies registered in special zones has doubled in the same period.

In the past, PEZA suffered from the Philippines' reputation for corruption and political instability. But Aquino has gone to great lengths to clean up the country's international image.

"His most important contribution is his effort to fight corruption," said Bernardo Villegas, a professor of economics at the University of Asia and the Pacific.

Under the current president's watch, major credit rating agencies have upgraded the country to investment grades. Transparency International says perceptions of corruption have improved. The World Economic Forum says the country has become more competitive, while the World Bank says it is now easier to do business.

While Marcos and Ramos laid the groundwork for growth, Aquino has provided the missing ingredient: business confidence.

The government wants to attract more foreign investment in manufacturing and boost the agricultural sector to create jobs, according to Arsenio Balisacan, the socioeconomic planning secretary. This is vital for reducing poverty. Despite the lofty growth rates of recent years, a quarter of the population of 100 million remains poor.

The administration in May unveiled a $600 million incentive program to encourage foreign automakers to come and set up shop. The government wants manufacturers to see the Philippines as a viable alternative to Thailand. In July, Aquino signed the country's first competition law and a statute that liberalizes the entry of foreign vessels into the archipelago.

PEZA's de Lima said the agency is promoting agro-industrial economic zones, which can employ people with "willing hands, even without a diploma." Lilia de Lima, director-general of the Philippine Economic Zone Authority, has run the agency since its inception in 1995.

Business process outsourcing is still a focal point. The goal is to create a $25 billion industry by next year, employing 1.3 million people. If current growth rates continue until 2020, outsourcing consultancy Tholons estimates the sector could be worth $48 billion -- nearly one-fifth of the present Philippine economy.

Even at their current levels, remittances and outsourcing revenues have been driving domestic consumption. Sicat said the two pillars have kept the balance of payments in positive territory, allowing the government to trim debt.

The balance has been in the black since 2005, save for last year, when the U.S. Federal Reserve's decision to end monetary stimulus sparked capital outflows from emerging markets. The current account -- which covers trade in goods and services and excludes volatile hot money -- has maintained a surplus since 2002. Last year, it stood at $12.65 billion, according to the central bank.

Growth in the first quarter of this year slowed to a disappointing 5.2%, but many see that as a mere blip. Villegas said the economy is poised to grow under "whoever becomes the president" in next year's election.

Aquino, however, cautions against assumptions that continued growth will be automatic.

"Will we lose all that we have built -- all that we have worked hard for -- in one election?" the president said July 27 in his final state of the nation address. "The next election will be a referendum for the straight and righteous path. You will decide whether the transformation we are experiencing today will be permanent, or simply a brief and lucky deviation from a long history of failure."