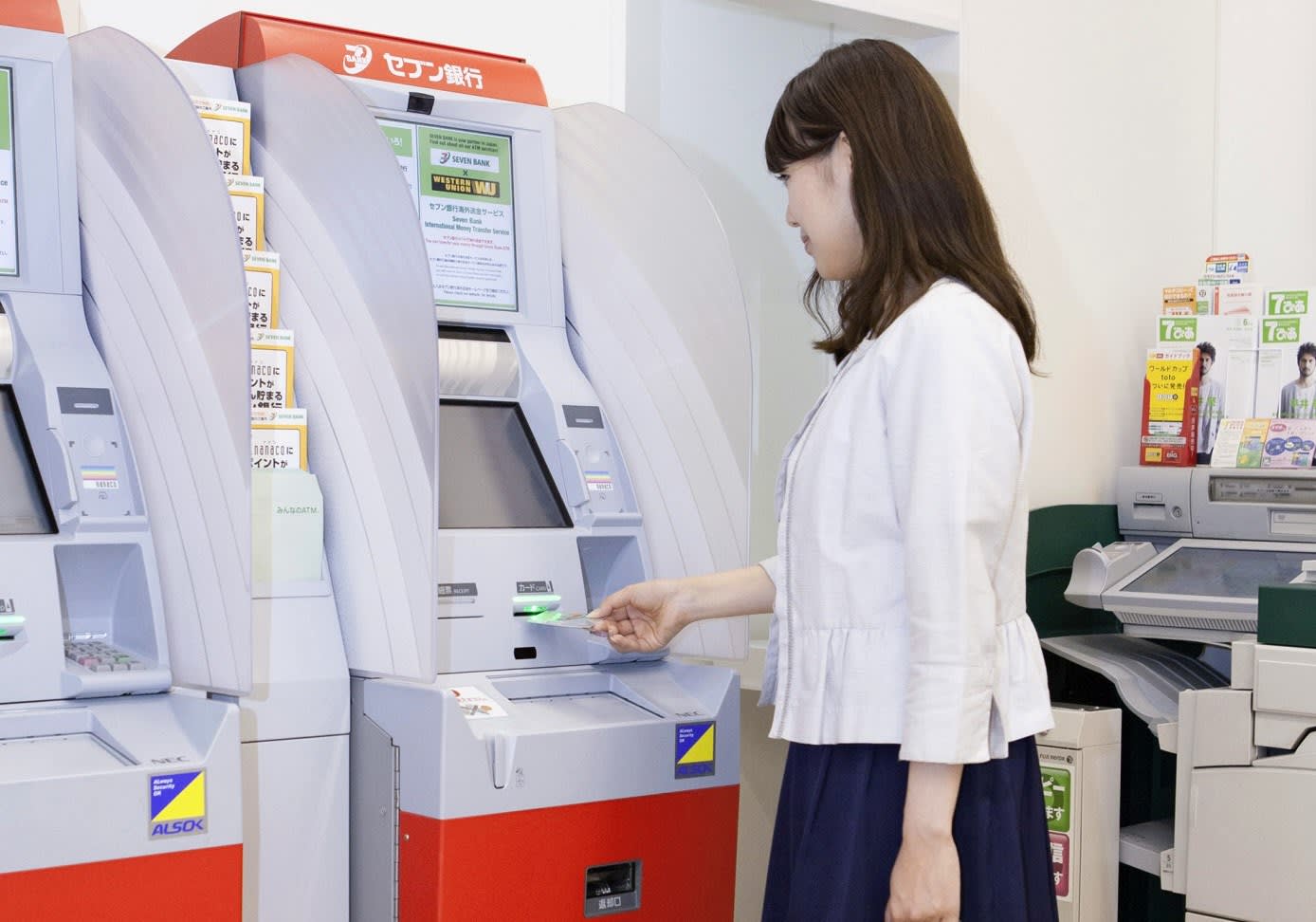 People are increasingly getting their money from ATMs at convenience stores.
September 19, 2017 09:15 JST | Japan
CopyCopied

TOKYO -- With convenience stores almost everywhere in Japan -- many with automated teller machines -- there is less reason than ever for customers to seek out bank-operated ATMs.

In a country where many people still prefer to use cash, Japanese banks for decades were keen to install ATMs wherever they thought people wanted them.

ATMs debuted in the late 1970s and banks have been steadily adding features such as touch screens, deposit functions and bankbook issuance, looking to enhance customer convenience and project an image of quality service. 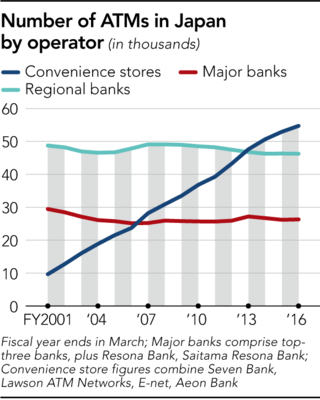 But now that trend is reversing. With fewer people using their ATMs, banks are finding them a nuisance, and many are trying to reduce the number they operate.

"We now need to re-examine how many ATMs we should have, and where," an official at a Japanese mega-bank said.

The banks are even turning to the convenience stores themselves to help ease the burden of operating their own ATMs. And in some instances, convenience-store ATMs are finding their way into banks.

When regional Shimane Bank renovated its main building in Matsue, in the western prefecture of Shimane, it installed an ATM of Seven Bank, an affiliate of convenience-store giant Seven & i Holdings, which operates cash machines in 7-Eleven stores.

The measure was meant to address the needs of the increasing number of foreign tourists visiting the prefecture. The bank needed a machine that could accept cards issued by foreign banks, but did not want to spend hundreds of millions of yen upgrading its ATM system, according to a person with knowledge of the matter.

The number of regional banks that have Seven Bank ATMs in or near their branches has grown in the past two years to around two dozen.

Seven Bank ATMs have also been edging onto the turf of the major banks.

In June, Shinsei Bank completely stopped operating its own ATMs and replaced them with Seven Bank machines. That made Shinsei the first major Japanese bank to quit operating its own proprietary ATM system altogether.

This about-face comes as the number of ATMs at convenience stores has risen steadly since 2001, to about 55,000.

Another bank plans to cut the number of ATMs at its branches by half in the next few years.

At the same time, since banks began tying up with convenience-store operators, the average number of transactions at convenience stores has increased, according to a spokesman at Aeon Bank, a bank affiliated with a retail-store chain.

Convenience stores are likely to further expand their role in operating machines for banks, people in the industry say.

For one thing, bank ATMs are more expensive than those at convenience stores. A single machine at a major Japanese bank costs about 3 million yen ($27,700), according to an executive at a top Japanese bank. By contrast, a no-frills machines at a convenience store -- which does not print transactions in bankbooks or handle coins -- costs less than two million yen, according to an executive with a bank affiliated with a convenience-store operator.

One of Japan's big three banks, Bank of Tokyo-Mitsubishi UFJ, found that nearly 40% of the users of its 40 million accounts didn't record transactions in their bankbooks for over a year. That suggests people used ATMs for simple cash deposits or withdrawals.