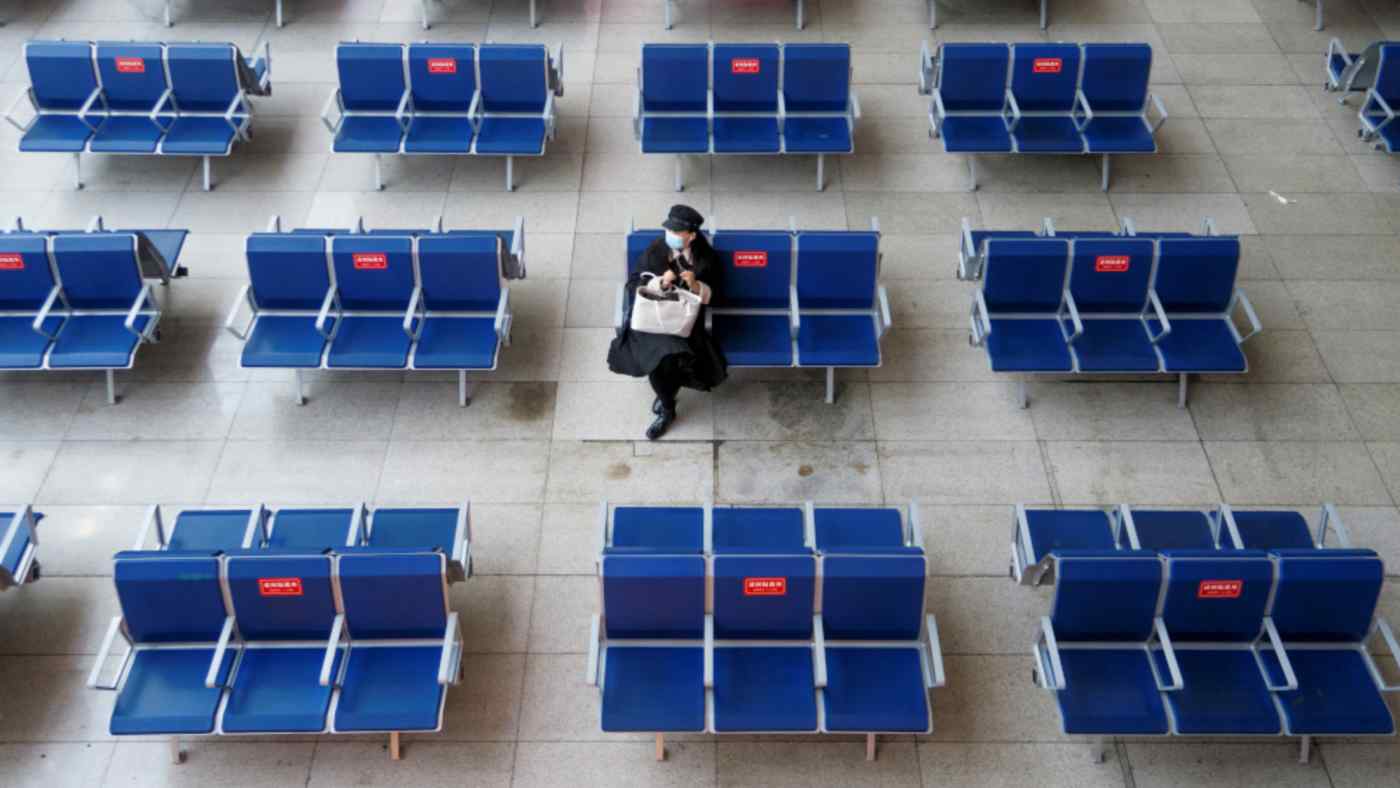 SHANGHAI -- With the weeklong Lunar New Year break set to begin Thursday in China, holiday travel is on track to be down sharply compared to typical year before the coronavirus pandemic hit, raising concern that consumer spending in the country will suffer a blow.

"We had planned to go on a trip with more than 10 family members, but we called it off this year," said a company worker in Shanghai. Her family had arranged to travel to cottage country in Zhejiang Province.

However, the city of Shanghai has advised households with children to avoid traveling outside municipality during the Lunar New Year recess. The family of the 38-year-old woman includes a child who goes to preschool.

"We had no choice but to cancel the reservation," she said.

However, a cluster of coronavirus infections in Hebei Province discovered in early January created a chilling effect against travel. Later that month, the central government notified the public that they should cut down on movement "as much as possible." Local governments, which likened the situation to a "state of war," rolled out tough disease prevention measures.

Transplants traveling back to their hometowns have been asked to present certificates showing negative results from polymerase chain reaction tests. Returning from those trips requires two weeks of self-isolation.

Because the PCR tests are paid out-of-pocket, an increasing number of people have chosen not to travel to see family. China's Ministry of Transport estimates that only 1.15 billion trips will occur during the 40 days surrounding the Lunar New Year break.

That projection would be down roughly 20% from last year, when the emerging pandemic disrupted travel, and by more than 60% from 2019.

The situation has led to consternation by rural tourist spots. Lijiang, the high-altitude city in the south, last month had to shut down its Old Town, a UNESCO Heritage Site, due to COVID-19 reasons. 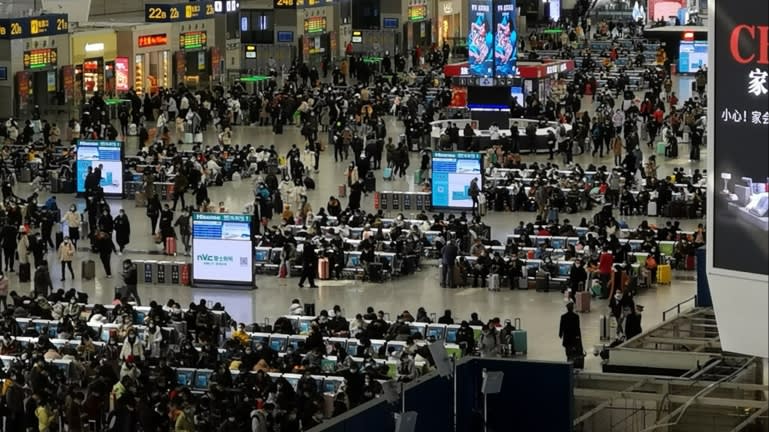 The Old Town reopened in early February, but activity remains sparse in the district, which would be thronged with people in a normal year.

"We have cut room rates to a third of what they were during the National Day holiday [in October], but we have less than half as many reservations as usual," said an employee at a Lijiang hotel. Losing the usual Lunar New Year demand boost could weigh heavily on local economies.

The State Council, China's cabinet, said on Feb. 4 that it would clamp down on excessive coronavirus-related restrictions. The government is not requiring social distancing or PCR tests for travelers aside from those coming from certain designated high-risk areas, suggesting that while authorities want to keep the virus from spreading, they also worry about harming the economy if they go too far.

Smaller cities are handing out coupons in a bid to stimulate spending. Changchun, the capital of Jilin Province, plans to distribute a total of 50 million yuan ($7.76 million) worth of coupons for the Lunar New Year break, while the Shandong Province capital of Jinan will offer 10 million yuan in vouchers that can be used for travel and dining.

Meanwhile, major urban centers such as Beijing and Shanghai are still bustling. Affluent residents blocked from traveling abroad and people who have given up on returning to their hometowns are turning to local attractions in the suburbs.

A luxury hotel on Chongming Island, in the northern part of Shanghai, says it is at full capacity for the holiday despite charging more than 20,000 yuan -- or over $3,000 -- per night for some rooms.

While consumer spending has begun to recover, it is still far from robust. Year-on-year growth in retail sales of "social consumer goods," including purchases online and at department stores and supermarkets, turned positive in August and came in at 4.6% in December, official data shows. But this remains way short of the pre-coronavirus growth rate of around 8%.

A slump in Lunar New Year spending risks not only widening the gap between big cities and outlying areas, but also breaking the back of the country's nascent economic recovery.