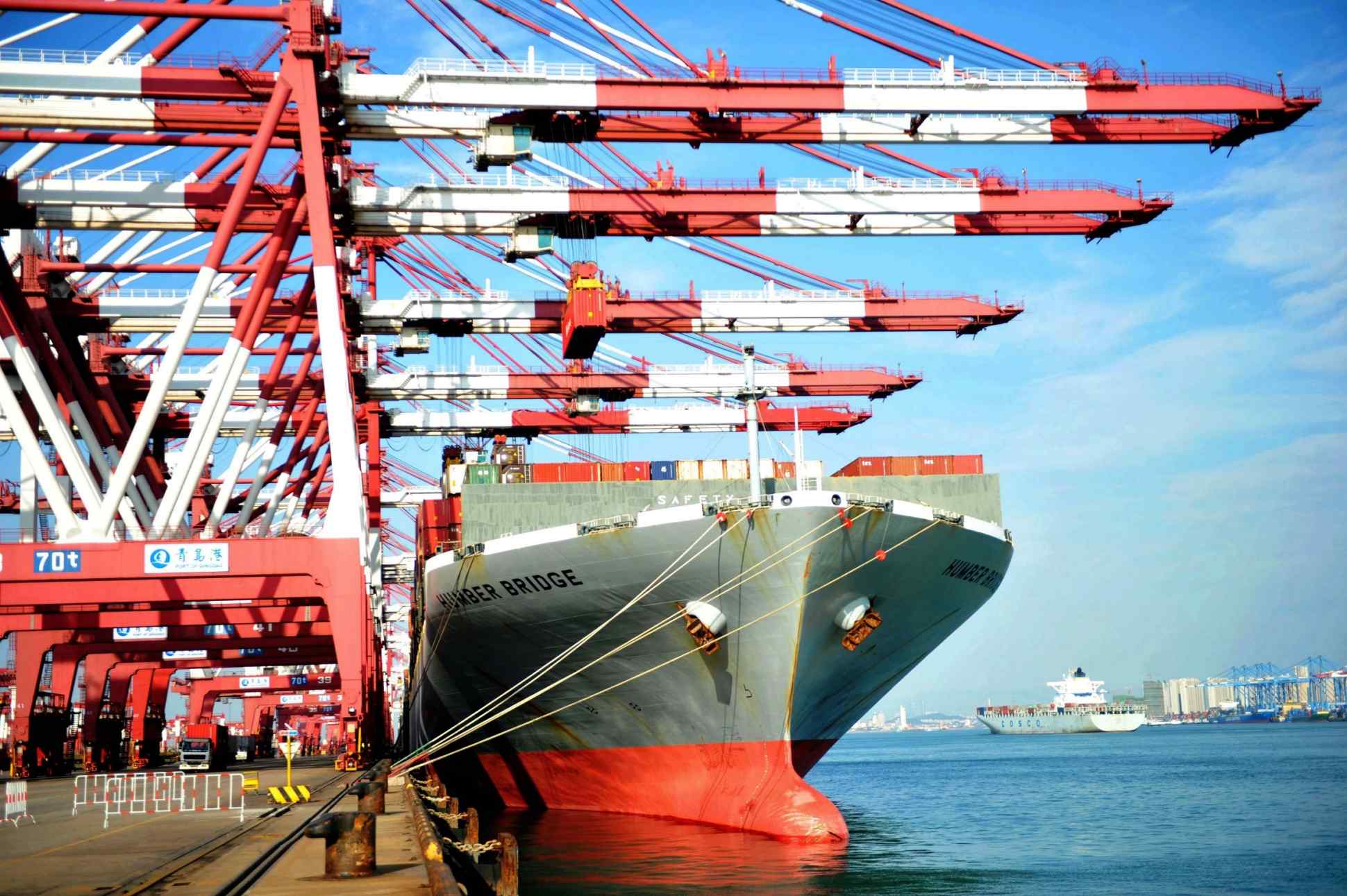 A ship loaded with container boxes is seen at a port in Qingdao, Shandong province.   © Reuters
Economy

BEIJING -- Despite the economic successes highlighted in an address to key Communist Party members, Chinese President Xi Jinping faces a daunting set of issues, ranging from soaring property prices to industrial overcapacity, as he leads the country in the next five years.

Xi's work report to the party's twice-a-decade National Congress on Wednesday painted a rosy picture of the economy. Over the past five years, he noted, China's gross domestic product has become second in the world; the country has experienced a digital economic revolution; and the Belt and Road initiative to build an economic sphere of influence throughout Asia has taken off.

This is all true, to one extent or another. China's internet sector, led by such giants as Alibaba Group Holding and Tencent Holdings, has expanded drastically in the last half-decade. Technologies such as smartphone-based payments have rapidly gained traction, in many cases becoming more widespread than in wealthier nations. Even the country's high-speed rail network has grown substantially, leaving various parts of China more interconnected than ever.

But these successes tell only half the story. Under Hu Jintao, Xi's predecessor as president and party leader, China undertook massive stimulus to ward off the financial crash that devastated many other countries in 2008, pumping a whopping 4 trillion yuan ($586 billion at the time) into the economy. The move succeeded, in that China continued to grow as other economies slumped. But massive lending by state-owned banks eventually led, under Xi, to bubbles in the real estate and stock markets, as well as to steep overcapacity in sectors such as steel and coal.

Xi gestured toward these setbacks in his speech. Real estate should provide a place to live, not act as a target of speculation, he said. China intends to advance supply-side reforms such as cutting excess production capacity, and to avoid any sort of crisis in the financial system.

Yet while the president certainly inherited many of these problems, his response has been far from perfect. Xi pledged in 2013 at a meeting of the party's Central Committee that the market would be given a decisive role in distributing assets, sparking hopes among foreign investors and others of market reform. But real progress has been limited.

When addressing the real estate bubble, for example, the government has stuck largely to treating the symptoms of the problem, such as by restricting home loans, purchases and sales. China has been more hesitant to make fundamental systemic changes, including a tax on fixed assets, which some have called an essential measure.

Xi's approach to managing the economy has been nearly as heavy-handed and forceful as his fight against graft, and that seems unlikely to change. The president pledged in his speech Wednesday to ensure the party's leadership over a variety of business operations. In fact, the party has already begin to strengthen its influence over state-owned enterprises and other listed companies.

Meanwhile, a vast fleet of government inspectors has forced polluting factories to shut down in a push to clean up the environment -- the dark side of the "beautiful China" Xi targets by 2035. All the while, China will make state enterprises stronger, better and bigger through reform, the president said.

This top-down approach has so far failed to rein in one of China's fastest-growing problems: State enterprises' and regional governments' mounting debts, incurred through investment in industrial production and infrastructure. From 2012 to 2016, debt in China's nonfinancial sector grew from 179% of GDP to 236%.

Meanwhile, demographic challenges are drawing nearer: China's labor force population has already begun to decline, and the country's social security expenditures are set to soar as the population in general grows older. As this takes place, China's potential economic growth rate will also fall -- yet another problem Xi will need to manage over the next five years.