After 46 years of painstaking diplomacy and planning, the Association of Southeast Asian Nations is entering its most critical phase yet as it nears its goal of forging an integrated community by the end of 2015. As leaders of the 10-member group head for Naypyitaw on May 10, for their first ever summit in Myanmar's capital, they face increasingly daunting hurdles. 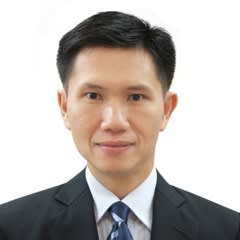 The much-touted Asean Community project will remain on track, not least because of the time and effort member countries have invested. But its impact and effectiveness could be much less than envisaged.

On paper, the AC, as it is known, comprises political-security, economic and socio-cultural pillars that are supposed to be mutually reinforcing. However, the Asean Economic Community is attracting most of the attention because of its anticipated intraregional trade and investment boon. Meanwhile, the Asean Political-Security Community, the second pillar, is being put to the test as tensions with China mount over contested territory in the South China Sea.

The third pillar, the Asean Socio-Cultural Community, sounds both lofty and superfluous, as relatively few Asean inhabitants regularly visit each other's countries or share English as a designated common tongue.

Asean is accustomed to being patchy and makeshift in its norms and practices. The December 2015 deadline for the launch of the AC, for example, was extended from the original Jan. 1 launch date. Despite the long delay, Asean can still claim the same deadline year. While the people of course will be celebrating the New Year's holiday on Dec. 31 next year, rather than any newly formed regional "community," Asean officials will no doubt make predictable proclamations. We can expect some sort of "Asean Community-Plus" to be announced not long after January 2016.

In the interim, progress toward the Asean Community's end-2015 deadline will be increasingly stifled by protracted domestic concerns of member states.

Myanmar's current chairmanship is bogged down by ethnic, religious and communal violence at home, particularly in western Rakhine state, where tensions center on the contested identity and status of nearly 1 million Rohingya Muslims. In addition, despite progress in peace talks, conflicts between the army and armed ethnic groups persist, recently flaring up again in northern Kachin state.

Myanmar is also preoccupied with by-elections to be held later this year ahead of its 2015 general election, all against the backdrop of potential constitutional amendments and jockeying for the post-election presidency. Already, it seems, Naypyitaw will be fortunate to finish out its inaugural year as chair.

This is a pity. Myanmar's opening and reforms over the past three years have been pivotal for Asean, enabling the organization to connect geostrategically with South Asia. The country's turn as chair has also "normalized" Asean as a regional organization in which all members can assume the rotating chairmanship. (Myanmar had to skip its turn in 2006 due to pressures over its shoddy human rights and democracy record.) And Myanmar's growing openness adds to regional democratization when established electoral democracies such as Thailand and Malaysia are at risk of rollback.

Malaysia, meanwhile, has already set up an agenda for its turn as chair in 2015, touting a "people-centered Asean" and scoring political points at home for showing regional leadership. Prime Minister Najib Razak has called for member states to increase budget resources for the Jakarta-based Asean Secretariat and has floated the idea of a fourth pillar on the environment to deal with climate change and cross-regional problems like the haze from Indonesia. Najib has also suggested removing caps on member states' contributions, enabling richer countries to pour more resources into Asean. But this raises questions about whether larger contributors will have correspondingly more say, thereby aggravating Asean's rich-poor gaps. Such proposals and promises from Kuala Lumpur simply serve to hinder Myanmar in its role as chair.

Asean is particularly constrained by the domestic politics of its two original stalwarts, Indonesia and Thailand. Indonesia is scheduled to hold a presidential election in July, which is widely expected to see popular Jakarta Gov. Joko "Jokowi" Widodo lead a coalition government cobbled together in backroom deals.

Another stable five-year term with an orderly change of elected government could help reinforce Indonesian democracy. Thailand's democratic system is going the other way, however, as electoral politics are hostage to deep divisions and arguments for appointed outcomes. Thailand faces an existential transformation in which its monarchy-centered socio-political hierarchy must adapt to the awakened forces of democracy.

While these challenges to realizing the Asean Community have become pricklier, they are unlikely to derail the organization's integration aspirations. The Asean way of considerable cooperation and incremental integration is to agree on more than is implementable and then implement less than was agreed. Asean's average implementation rate is around 30%. Over five decades, though, 30% can add up to a lot -- at least enough to keep the group relevant to the outside world as well as dynamic and prosperous within.