Ministers aim to conclude negotiations by year-end but gaps remain 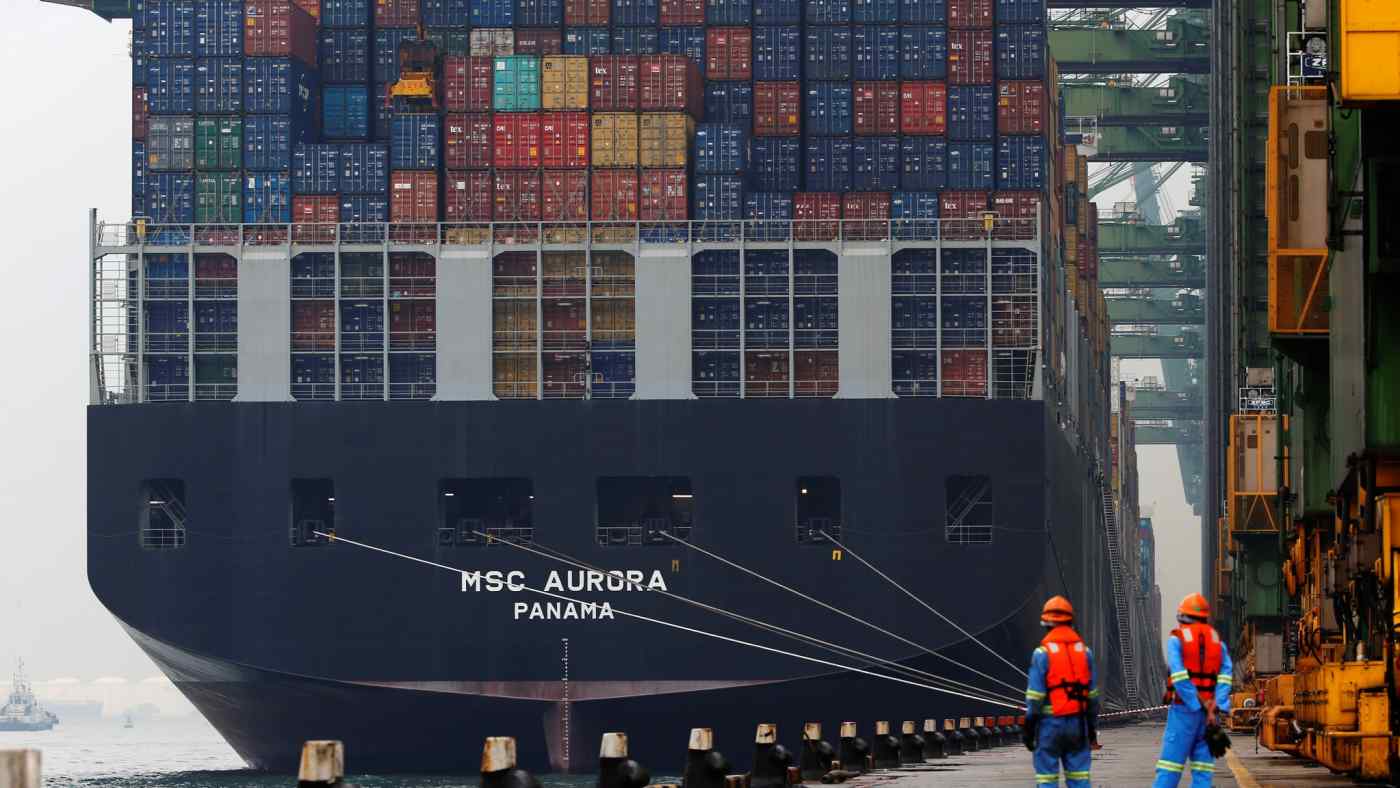 SINGAPORE -- After two days of talks here, ministers from the 16 members of the proposed Regional Comprehensive Economic Partnership trade agreement on Friday said they had taken a step to a "substantial conclusion" of negotiations this year.

Their announcement suggests an important milestone ahead in the five years of negotiations on the RCEP, which is broader than the Trans-Pacific Partnership trade deal and includes all of Asia's top economies.

The driving force behind the acceleration of talks seems to be an almost united fear of the protectionist policies of U.S. President Donald Trump. "The substantial conclusion of RCEP by the end of 2018 will reaffirm our region's continued support for free trade against the backdrop of rising protectionist sentiments," Singaporean Trade Minister Chan Chun Sing said.

Adding to the urgency is the approach of elections in Indonesia and India in 2019, which raises the risk that a missed opportunity to conclude the agreement this year may not come around again soon.

According to the joint statement issued Friday evening, the ministers adopted "a package of year-end deliverables" and agreed on the plans to achieve the targets set out in the package. "The ministers expressed the hope that completion of the package would signify the substantial conclusion of the RCEP negotiations this year," the statement said.

No details about the "package" -- criteria to be met for reaching a deal -- were provided owing to the sensitivity of the negotiations. The countries have yet to reach a consensus on the biggest issues, including trade in politically sensitive goods like agricultural products, as well as intellectual property.

Another working-level meeting is scheduled for October, followed by further ministerial talks. Assuming progress is made, a summit could be held as soon as November to conclude an agreement in principle. RCEP member countries' ministers aim for an agreement by the year-end. (Photo by Takashi Nakano)

RCEP comprises the 10 Association of Southeast Asian Nations members, plus Australia, China, India, Japan, New Zealand and South Korea. Together they account for about one-third of global gross domestic product and half the world's population.

There was a "big progress" in the two-day meeting in terms of agreeing on the content of the package, Japanese Trade Minister Hiroshige Seko stressed in a news conference after Friday's talks.

Yet hurdles still remain. Seko also said that there are still "huge gaps" among the members in some issues. "What is important is how much we can narrow these gaps by the planned year-end conclusion," he said.

The lingering disagreement among negotiators stems from the difference in development levels among the 16 countries. This has proved a major obstacle since the negotiations began in 2013, as Japan and other advanced economies seek a high level of trade liberalization while the emerging markets in the group demand protections for less-competitive domestic industries.

Asked whether he thinks a conclusion can be reached by year's end, Indian Commerce Minister Suresh Prabhu on Friday told reporters the 16 members have different levels of development and growth, and "that reality must be taken into consideration."

Prabhu said India expressed its concerns, such as having a large population in the agriculture sector that would be vulnerable to open markets in farm goods.

Malaysian Prime Minister Mahathir Mohamad cast doubt on the prospect of a year-end deal, telling reporters on Thursday that "we have to look into it" to see whether the pact would benefit his country.

An Asian free trade agreement as broad as RCEP could force Trump to face the prospect of American manufacturers and farmers being put at a disadvantage in the region's vast markets. Some countries in the negotiations also hope that progress on RCEP would convince the Trump administration of the importance of multilateral trade. In an interview this week with Bloomberg, he raised the possibility of withdrawing the U.S. from the World Trade Organization.

RCEP holds additional significance in that it promises to bring China and Japan into the same cooperative circle on trade -- something the TPP lacks. An ongoing improvement in Sino-Japanese relations works in favor of an RCEP agreement, but may draw suspicion from Washington, which fears its hard line on trade with China will be undermined.

"Recently, the U.S. side has been asking often for information on the status of the RCEP negotiations," a person with knowledge of the talks said.

The prospective RCEP members have been negotiating on 18 chapters, of which four had been agreed to before this week's meeting: economic and technical cooperation, small and medium-size enterprises, customs procedures and trade facilitation, and government procurement.

As for the remaining 14 areas -- including trade in goods, competition, investment, intellectual property and e-commerce -- no agreement was made during the two-day meetings as the ministers focused more on creating the package.

The next round of negotiations is scheduled for October in New Zealand.

Yasuo Takeuchi and Takashi Nakano in Singapore contributed to this report.