Asia fears another 'taper tantrum' as US rates climb 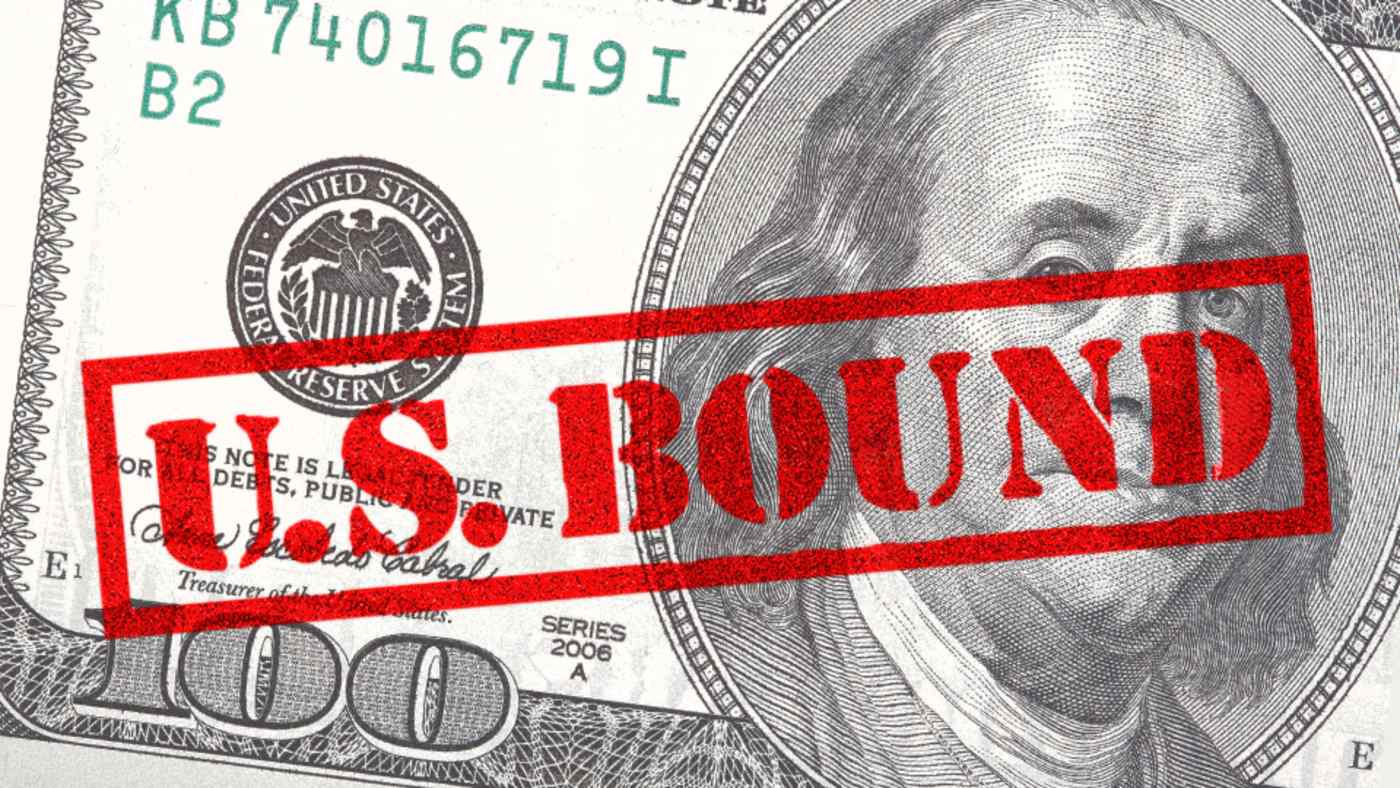 BANGKOK -- Rising U.S. interest rates threaten to spark upheaval in Southeast Asian financial markets if investors pull out of the fast-growing region, cutting off fuel to a critical engine of global economic development.

This has market players in Hong Kong, Asia's premier financial center, on the lookout for ripples across the region -- specifically, for a repeat of 2013. When then-Fed Chair Ben Bernanke hinted in that year that the central bank would begin drawing down its monetary easing program, investors around the world, particularly those in emerging nations, yanked their investments out of the bond market, causing yields to skyrocket and Asian currencies to plummet in value.

If a second such "taper tantrum" were in the offing, Indonesia could be hit particularly hard. The country runs a steep current-account deficit, and roughly 40% of its government debt sits in foreign hands, making it less resilient than other Asian nations in the face of capital outflows, hedge funds say.

Morgan Stanley's Hong Kong office attempted to allay those concerns in a report released Sunday. The chance that a U.S. rate hike would cause a significant disruption of Indonesia's economy is slight, the investment bank said, citing the country's ample foreign currency reserves. Yet speculators are already moving in. The Jakarta Composite Index, the benchmark for Indonesian stocks, has performed worse than many of its peers in the Association of Southeast Asian Nations in 2018, tumbling roughly 6% since the beginning of the year.

The Philippines is in a similarly tough position. The benchmark Philippine Stock Exchange Index has shed around 9% this year, and the current-account deficit is growing.

Capital outflows are not an idle threat. From April 16 to April 23, as U.S. Treasury yields charged toward 3%, $5.6 billion moved out of emerging-market stocks and bonds, according to the Institute of International Finance. 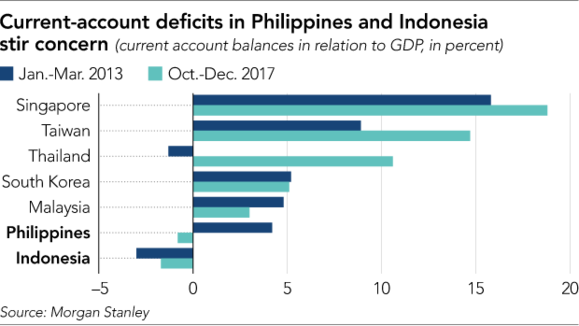 Investment inflows to emerging nations could decline by $40 billion in both 2018 and 2019, Takahide Kiuchi, an economist at the Nomura Research Institute, said in a report Friday, citing the International Monetary Fund. If financial market players grow more concerned about risk, that figure could swell to $60 billion, he wrote. As rising U.S. interest rates make shifts in global markets tougher to predict, central banks in the U.S. and elsewhere will in turn have a tougher time carrying out monetary policy, Kiuchi said.

The corporate sector is entering rough seas as well. China's Huawei Technologies in mid-April scrapped a planned float of dollar-denominated bonds after looking into the market for the securities. Because rising U.S. interest rates are expected to strengthen the dollar at the expense of emerging-market currencies, investors are concerned that companies in the emerging nations could have trouble repaying their dollar debts when they come due. The businesses may find it hard to raise American currency for some time to come, according to an expert in finance.

Huawei also axed a euro bond issue shortly after canceling the dollar float when it was reported that the U.S. Justice Department was investigating the company for violating sanctions on Iran.

Fundraising conditions have been fairly strong since the 2008 financial crisis thanks to the Fed's massive quantitative easing program, which has warded off major disturbances in global financial markets. A flood of cheap dollar financing let companies in emerging markets ramp up investment, and enabled many of them to go global.

But rampant borrowing also saddled these companies with piles of dollar debt that in many cases dwarf obligations in their home currencies. Only 8% of Huawei's 44.8 billion yuan ($7.07 billion) in debt at the end of 2016 was actually issued in the Chinese currency. A towering 83% is issued in dollars -- a fact that had bond markets on edge even before the sanctions investigation came to light. 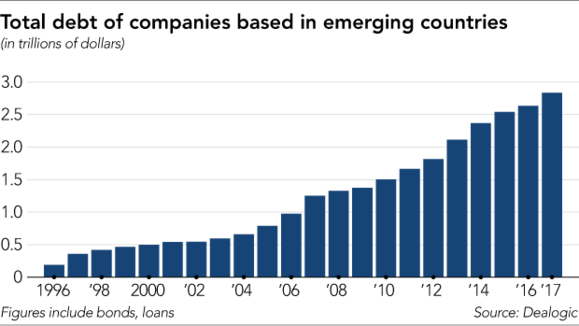 At the end of 2017, emerging-market companies had $2.83 trillion in dollar debts outstanding from a combination of bank loans and bond issuance, according to Dealogic. This is roughly eight times these firms' dollar debt load during the Asian currency crisis of 1997, and more than double that at the time of the 2008 crisis.

Companies in China, India and Indonesia are among the top dollar debtors. Many of the borrowed funds went into investments, powering Asia's rapid economic growth in recent years. Now, with funding drying up, this global economic engine could falter.

Yet just what will happen is far from clear. "Asian economies learned from the [currency] crisis," said Gokul Laroia, Morgan Stanley's co-CEO for the Asia-Pacific region. Many investors believe the nations are now more resilient to external shocks after restructuring their economies and markets.

ASEAN governments have worked to foster corporate bond markets that companies can turn to for long-term funding in local currencies, for example. Before the currency crisis, many companies were forced to fund long-term investments at home with short-term borrowing in foreign currencies. Corporate bond markets in six leading ASEAN countries were worth roughly $370 billion at the end of June 2017, roughly six times their value at the end of 2000. And if companies turn their eyes to funding domestically, the debt market may grow.