Asia gets wise to 'art of giving' BANGKOK -- When the head of a Chinese charity spoke at a conference on Asian philanthropy in June, he struck a positive chord in the ballroom of a Bangkok hotel because of his charity's record of doling out millions of dollars for worthy causes such as supporting poor students. Chinese delegates applauded as Lei Yong Sheng, general secretary of the Lao Niu Foundation, finished his speech. Other Asian delegates lined up at the side of the stage to shake his hand.

The occasion highlighted the groundbreaking role of Niu Genshing, considered the pioneer of charitable giving among China's rising millionaire class. He set up the Lao Niu Foundation in 2004 by donating all his stockholdings and a major slice of his dividends from China Mengniu Dairy, a Hong Kong-listed company he founded in 1999.

According to the China Foundation Center, a Beijing-based information platform for Chinese foundations and charities, the Lao Niu Foundation has received $600 million from Niu, generating $30 million for charitable causes in 2016. Some Chinese attribute Niu's philanthropy to his personal story: In 1958, as a one-month-old baby, he was sold by his impoverished parents for 50 yuan (then $20.50, according to the International Monetary Fund) to a wealthier family in a neighboring village in Inner Mongolia.

Niu's largess has sparked a move among China's rising millionaires and billionaires to embrace charitable giving, which was virtually unknown in the communist-ruled country at the turn of the century. By the first quarter of 2017, China had 5,922 registered charitable foundations, with net assets worth more than $20 billion pledged to charitable causes, up from a total of $10 billion pledged by 2011. "In the last five years, 700 new foundations have been set up annually, and every year the assets for philanthropy have increased by $1.5 billion to $2 billion," Ze Tao, president of the China Foundation Center, told the Nikkei Asian Review. This emerging trend in Chinese generosity has shed more light on the growing pile of philanthropic capital in Asia. Contributions from China's top 100 philanthropists more than tripled between 2010 and 2016, rising from $1.3 billion to $4.6 billion, according to Harvard University's Ash Center for Democratic Governance and Innovation.

Other analysts have forecast growing potential for philanthropy in China in the wake of a 2016 report by Forbes, a magazine that chronicles global wealth, which stated that China had 251 billionaires, second only to the 541 in the U.S. In-mid June, Bain Consulting and China Merchants Bank revealed in their 2017 China Private Wealth Report that the number of Chinese with 10 million yuan of investable assets had reached 1.6 million in 2016, up from 180,000 in 2006.

"The most dramatic change in (China's) philanthropic landscape happened recently by way of growth in new wealth," according to "Social Investment Landscape in Asia," a study by the Asian Venture Philanthropy Network, a Singapore-based philanthropy and funders' organization, which hosted the Bangkok conference. "Among the younger generation, philanthropy is seen as the best way to give back to society, followed by paying taxes."

China's contribution to Asia's philanthropic capital adds to a growing culture of generosity among the wealthy in other Asian countries where largesse has been more consistent. Japan, home to 2.8 million millionaires, has seen a spike in giving since the Great East Japan earthquake, the March 2011 natural disaster that hit the country's eastern coast and killed more than 15,000 people.

In Indonesia, which has 98,000 millionaires, the rich dig deep into their pockets during Ramadan, the Muslim month of fasting that ended on June 26. The full potential of zakat, the 2.5% of a person's annual income that Islam identifies to be given to charity during Ramadan, is estimated to be $23.4 billion in 2017, or 4% of Indonesia's gross domestic product, according to the AVPN's study. The number of high net worth individuals is expected to grow by more than a third by 2019, the study said.

In Hong Kong, home to 107,000 millionaires, the annual gala season is marked by philanthropic outpourings. "The donations are done publicly, and Hong Kong's rich give in different ways," said Nikki Kinloch, chief executive of Simply Giving, a Singapore-based network that helps to raise funds for charities in seven Asia countries. "Large donations from Hong Kong have now overtaken Singapore, which had held the top spot for funds raised for our charities."

But the philanthropic pie in Asia may be much larger, since a culture of "giving silently" in places such as Singapore, Malaysia, Thailand and Indonesia masks the extent of generosity, analysts said. More visible are the causes that benefit from wealthy Asians' generosity, with charities for schooling and education favored most, followed by donations to religious and health institutions. "Philanthropic money goes predominantly to education and health, and a lot of philanthropic giving in Asia is country specific," said Angelin Chin, head of corporate citizenship for Asia-Pacific at Credit Suisse, a financial services company. 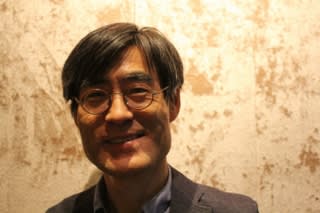 The reason stems from the personal histories of some wealthy philanthropists, and from deeply rooted traditions. For some, like Niu, a childhood spent in poverty lies at heart of their generosity. "I grew up in a poor family in rural South Korea, so I needed to give back to society," said Duck-jun Lee, who became a dot.com millionaire on the back of a career as former chief financial officer of GMarket, South Korea's leading online shopping site. "My wife and I decided to give to social causes like education scholarships, children's hospitals and religious charity -- the church."

But the culture of giving has become a political minefield in South Korea, which has 313,000 millionaires. The recent scandal that brought down former President Park Geun-hye unfolded after big business owners were pressured to make charitable donations to two foundations that supported Park. Other concerns abound in Asia, reflected in the way some of the wealthiest are turning to philanthropy to burnish tarnished images, or using charity to win favorable business deals. "It is a problem and can create an uncertain climate of giving," said Ito.

The impact of such uncertainty is captured annually in the World Giving Index, published by the London-based Charities Aid Foundation, which is based on surveys of local attitudes toward generosity. The 2016 Index, the latest compilation, once again exposed China, despite its explosion in wealth. China was ranked 140th of 144 countries surveyed -- only four ranks higher than in 2015, when it was above only Burundi in a table of 145 countries. The reason: Public trust has suffered because of domestic scams.

Asian charities looking for Chinese philanthropy are more sanguine. The annual China Charity Fair, held over the last five years in Shenzhen, in Guandong Province, serves as a visible measure of where Chinese philanthropy is heading. "There were huge opportunities there at the last one (in September 2016)," said Kinloch.

However, analysts said that China has a great distance to travel to become a global leader in philanthropic capital. In 2014, charitable giving nationwide as a percentage of China's GDP was a mere 0.1%, compared to 2% in the U.S., according to the Ash Center.