Asia's brisk growth masks a trio of risks for 2018 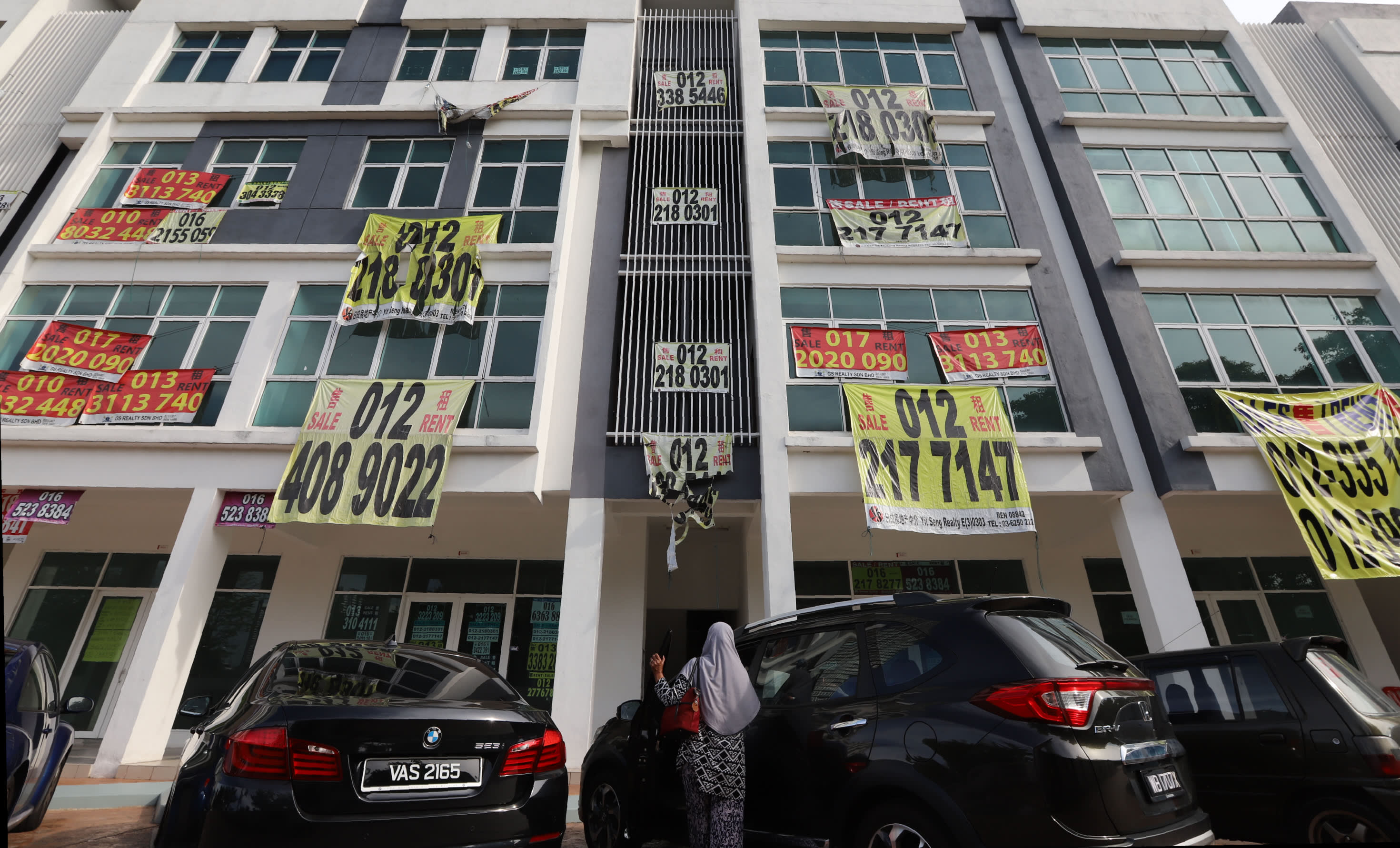 SINGAPORE The Asian economy has sailed smoothly into 2018, with healthy growth rates projected for a host of key countries. Snapshots from across the region, however, suggest there may be choppy waters ahead. 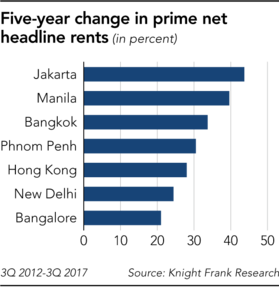 One warning sign takes the form of gleaming new buildings in Malaysia. In Jalan Kuching, a roughly 20-minute drive from the heart of Kuala Lumpur, banners seeking tenants flutter outside a commercial building a year after it was completed. The building's occupancy rate is only 10% because the rents are too high, according to a local real estate agent. Despite the area's close proximity to the center of the capital, foot traffic is sparse.

Meet Lim Soo-hyang, a 37-year-old homemaker in Ilsan, north of Seoul. Last August, her family took out a mortgage from Shinhan Bank for a four-bedroom apartment, securing what she considered a low interest rate of 3.47%. But the rate is not fixed, and with the central bank raising its benchmark by a quarter of a point to 1.5% at the end of November -- the first hike in six years -- the family's debt burden is about to get heavier.

The mortgage is linked to the Cost of Funds Index -- an average of eight lenders' funding costs -- and is recalculated every six months. The index hit 1.77% in mid-December, up from 1.47% when Lim borrowed the money. This means the rate on the family's 200 million won ($188,000) debt is likely to rise to around 3.77% in February, resulting in an extra 600,000 won in annual payments. 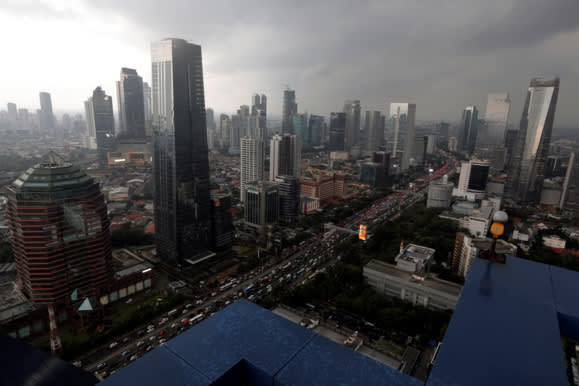 OFFICIAL WARNINGS Asian central banks and governments are well-aware of the risks. "Low-income families and borrowers aged 50 and over will suffer the most when their interest rates rise 100 basis points," the Bank of Korea, the central bank, said in its annual report to the National Assembly.

Bank Negara Malaysia, the Malaysian central bank, in November projected that the vacancy rate for offices in the Klang Valley, or Greater Kuala Lumpur area, would reach 32% by 2021, and warned that imbalances in the property market "pose significant risks to the overall economy in the event of a shock." 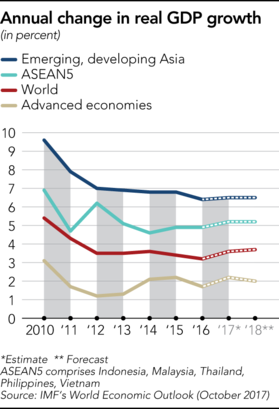 In 2017, Asian economies rode a rapid export recovery. Increased shipments of electrical machinery and electronic parts played a particularly big role, as global smartphone sales rose and semiconductors found their way into more devices due to growth of the internet of things. But according to World Semiconductor Trade Statistics, the global chip market will grow 7% this year to $437 billion -- a far cry from the 20.6% growth seen last year.

"Employment generation would be the biggest challenge for the [Indian] government and biggest risk for the overall growth of the Indian economy, because jobs also [are] one way of creating consumption demand," noted N.R. Bhanumurthy, a professor at the National Institute of Public Finance and Policy in New Delhi. These remittances are a crucial contributor to the Philippine economy. And if overseas workers send less money home due to unfavorable exchange rates, it would further dampen consumer spending. The central bank could wind up hurting the economy if it raises rates to try to curb inflation and stimulate consumption. "[Our] Business Confidence Survey shows that companies continue to face constraint of high rates of interest," said Pankaj Patel, president of the Federation of Indian Chambers of Commerce and Industry, the country's biggest industry group. "RBI's excessive focus on inflation has led to a situation where real interest rates are much higher today and impinge on growth performance of the economy."

DEBT TRAP Cutting rates can lead back to other complications: real estate bubbles and surging debt. 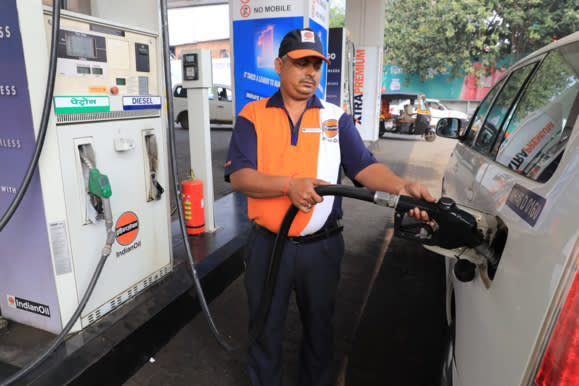