Japan Inc. is no longer the only inveterate cash-stasher in the region 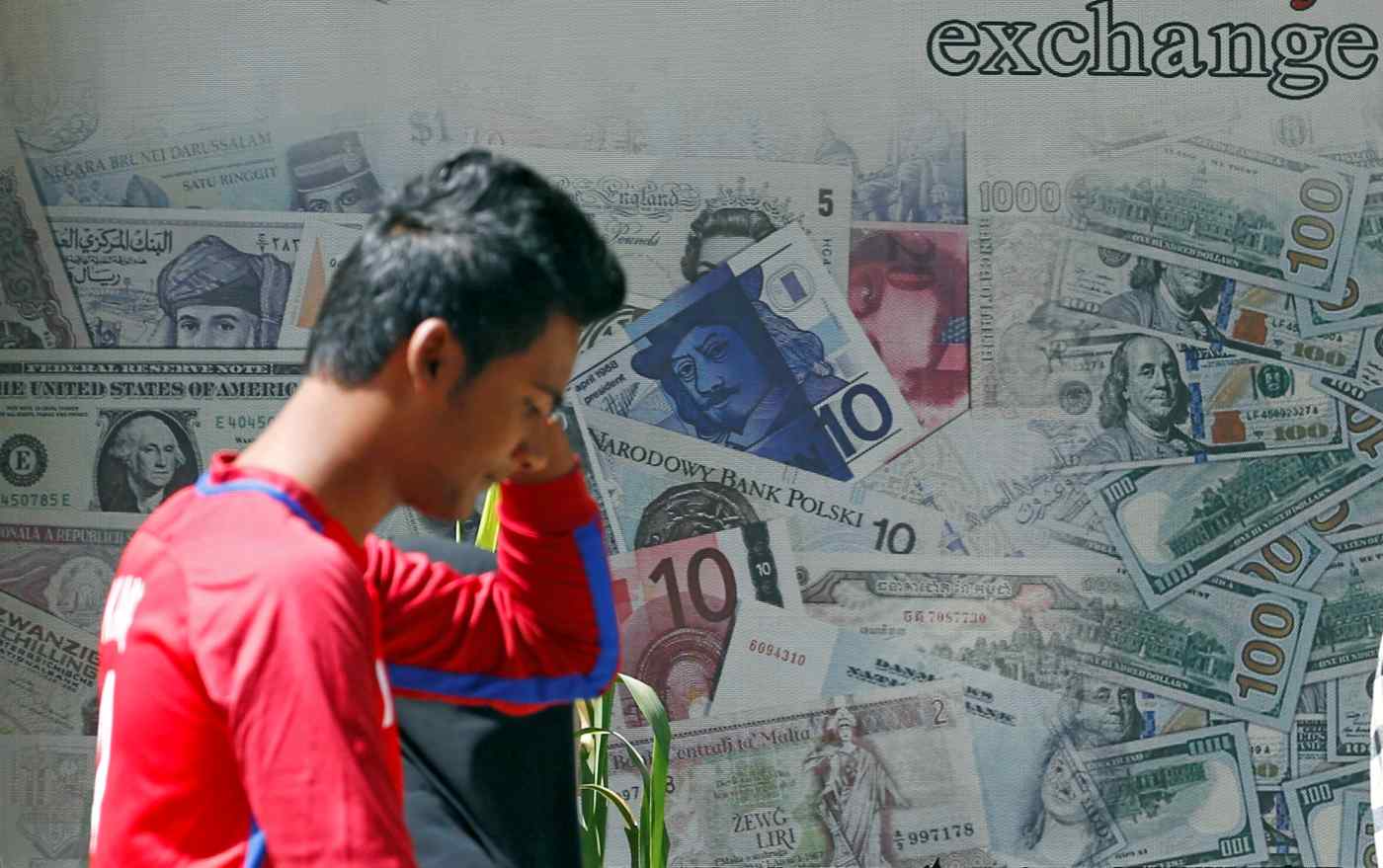 TOKYO Japan's Toyota Motor has always been known for squirreling away cash. But these days the automaker -- nicknamed "Toyota Bank" for its $143 billion of reserves -- has plenty of company, especially among new Asian multinationals.

Since 2000, the liquid assets of Chinese internet giant Tencent Holdings have swelled by a factor of 12 to $51.8 billion, according to data compiled by Quick-FactSet. China Mobile, the world's largest wireless carrier, has liquid holdings of $90.3 billion.

What was once considered a largely Japanese phenomenon is spreading across the world. Hanwha, one of South Korea's largest conglomerates, has seen its balance balloon to $70.6 billion. Samsung Electronics, too, has more than $70 billion in cash and other liquid assets.

Other big Asian companies are rapidly catching up. Since 2010, Chinese conglomerate Fosun International's liquidity balance has increased sixfold, while China Petroleum & Chemical, or Sinopec, has seen a 4.5-fold jump.

Welcome to the slow-growth world, where China's gross domestic product is expanding at the slowest rate in a quarter of a century and the global economy has stumbled through five subpar years. For Eastern and Western companies alike, finding good investments in this environment is anything but easy. Hence all the hoarding.

In the U.S., the information technology sector is producing even more eye-popping numbers. Apple's cash reserves stand at $261.5 billion. Microsoft is sitting on $139 billion, while Alphabet -- Google's parent -- has $101.3 billion.

All together, Apple, Facebook, Alphabet, Amazon.com and Microsoft had a staggering $560.1 billion stashed as of the end of June. That is more than the Japanese government raised in tax revenue in fiscal 2016.

Much of the money is kept offshore to avoid America's high corporate taxes, though President Donald Trump is seeking to bring the funds back with a proposed tax cut. 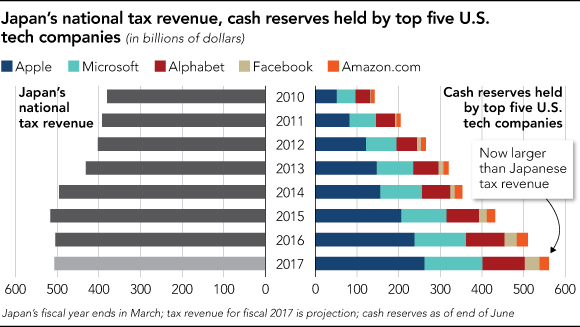 A common justification for holding so much mattress money is the need for investments down the road, given the continuous evolution of the high-tech sector.

Also, these companies are always facing the risk of being fined by antitrust watchdogs and need to keep sufficient cash on hand. In June, for example, the European Commission slapped a 2.42 billion euro ($2.89 billion) fine on Google for breaching antitrust rules with its online shopping service.

So does Japan Inc. still deserve its reputation for hoarding? Perhaps, but the balance has shifted.

U.S. companies' reserves of highly liquid assets such as cash, deposits, securities and loans have swelled 50% to $2.8 trillion since 2010. Japanese companies' reserves grew only 10% to $1.9 trillion, as a significant portion of their profits went toward overseas takeovers and other deals.

SEA OF GREEN Worldwide, the total cash balance for all listed nonfinancial companies crossed the $12 trillion line this year -- topping the foreign exchange reserves of the world's central governments, which stood at $11 trillion as of the end of March.

The sea of surplus funds reflects the paucity of new economic frontiers to explore. It also shows that the oft-cited "trickle-down effect" is not working as advertised, much to the frustration of the middle class. All the while, central banks continue to pump cheap credit into their economies in an attempt to rev up growth.

Stock investors, at least, can rejoice over the growing value of their investments. See the record-setting runs by the Dow Jones Industrial Average and the Nasdaq composite index.