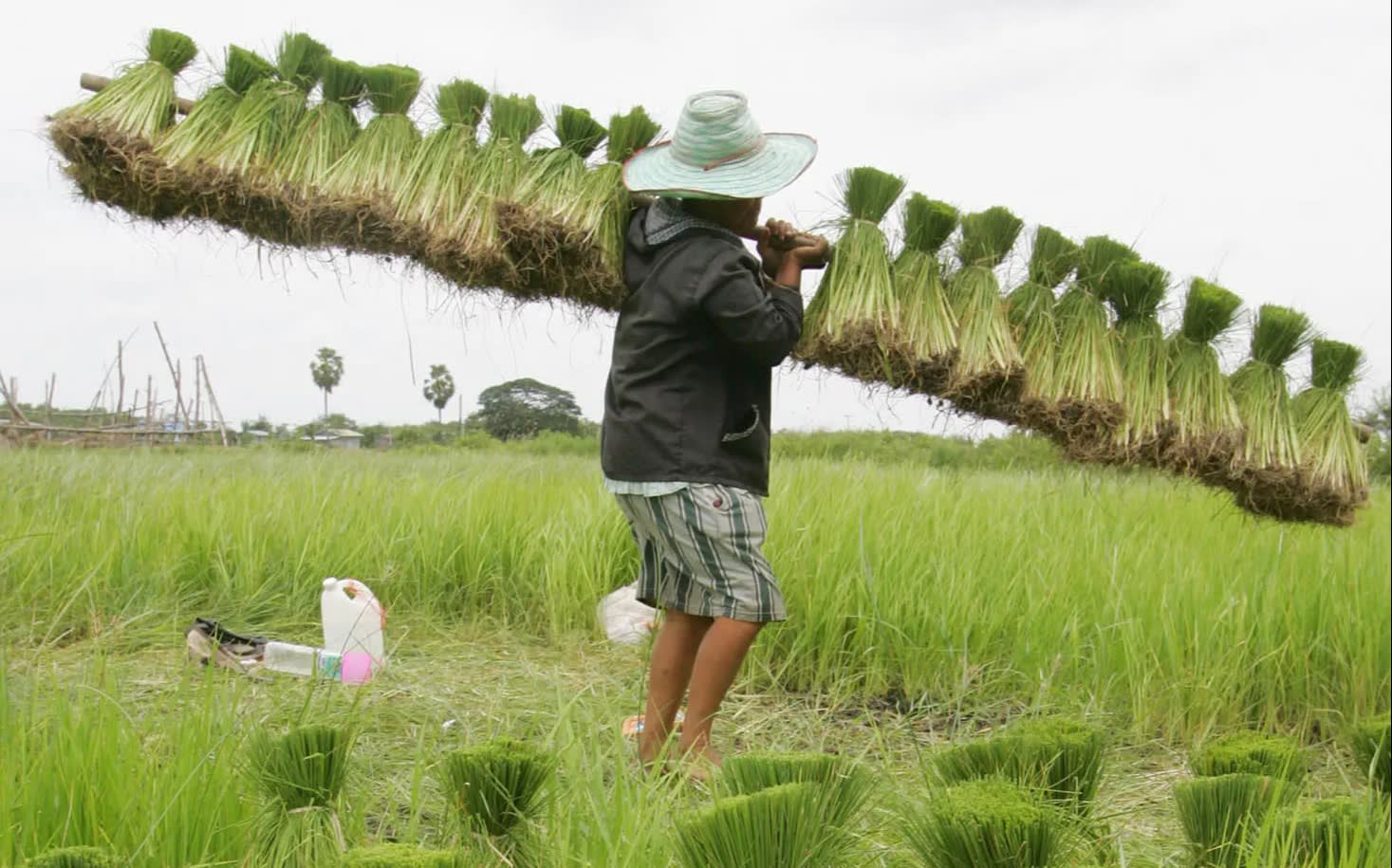 BANGKOK/NEW DELHI -- Asia is experiencing a rice export race as major producers like India and Vietnam step up efforts to boost overseas sales in support of farmers, some of whom are being encouraged to ramp up production.

But the competition could further depress global prices, leaving even the winners bruised.

Thai rice exporters are more pessimistic about this year's outlook; they expect a decline to 9 million tons to 9.5 million tons, mainly due to external risks.

In 2017, the Thai government sought to take advantage of strong global demand and reduce its swollen rice stocks, a legacy of former Prime Minister Yingluck Shinawatra's rice subsidy program. After Yingluck gained office in 2011, her government began buying large amounts of the grain from farmers at highly inflated prices. The government then stockpiled rice to reduce global supplies and drive up prices. Yingluck was unseated from power by a military coup in 2014, then fled the country three years later ahead of being sentenced to five years in prison for mishandling the rice subsidies.

Amid the turmoil, Thailand failed to foresee increased competition from India, Vietnam and other countries.

In India, where farmers make up a key constituency, Prime Minister Narendra Modi is taking a page out of Yingluck's playbook. General elections must be held by May, and two months ago the Modi government announced a rice subsidy of 5% for exports of common-grade non-basmati rice.

The program, which expires at the end of March, is also an attempt to expand rice exports and cut into growing inventories by making prices of Indian rice more competitive on the international market. The 5% benefit is part of the government's Merchandise Exports from India Scheme. Rice suppliers receive a certificate that can be used to pay government duties. If a trader exports $1,000 worth of rice, a $50 MEIS certificate is earned that can be used to pay taxes.

On several occasions in 2018, tens of thousands of farmers from across the country marched to the Indian capital to demand loan-waivers and better prices for their crops. The government, which cannot afford to earn farmers' anger before the national election, has announced a series of welfare programs for them apart from minimum price supports.

In Vietnam, rice exports in 2018 grew 6% from the previous year to 6.15 million tons. Despite rapid industrialization and modernization, rice fields cover around 60% of the country's total arable land. Rice production is essential for nearly 9 million farming households in Vietnam.

With more Asian countries intent on selling their inventories on the global market, a rice war of attrition is taking shape. Export prices of Thai common-grade rice have fallen 9% from last January to around $400 per ton.

The country's rice exporters are also being assailed by a strengthening Thai currency. The exporters have had to raise their dollar prices to avoid taking losses on their baht payments to farmers.

Despite last year's price falls, the average price of common-grade Thai rice is still much higher than that of the same type from Vietnam, which is changing hands at around $380 a ton, and similar rice from India, which is fetching $372.

Moreover, the political situation in Indonesia, a major consumer of Thai rice, is also working against Thailand's exporters.

Last year, the Indonesian government, under pressure from a ruling party fretting about an election, imported as much as 3 million tons of rice. It usually imports around 1 million tons a year. The binge was clearly meant to avoid a rice shortage, which could have led to higher costs of living, and to pander to voters.

"That means Indonesia is now well-stocked and will not buy more rice this year," said an official at the Thai Rice Exporters Association. "We will not focus on quantity but aim at quality," said Adul Chotinisakorn, director-general of the Commerce Ministry's Department of Foreign Trade in Thailand. "We will not export common-grade rice anymore but we aim to penetrate the high-end of the market with our premium grade rice."

The government is seeking to promote sales of premium-grade Thai rice to high-end restaurants in Hong Kong, Singapore, China, the Middle East and Europe, according to Adul.

Vietnam is on the same path. Deputy Prime Minister Vuong Dinh Hue said rice production and exports are shifting toward quality and added value. During a speech he delivered in Hanoi last month, Hue pointed to the importance of promoting safe production and using high tech.

These governments, however, have yet to work out plausible plans to ensure domestic rice industries shift to quality-grade rice.

Exporters say the price of premium-grade Thai rice has climbed higher over the past few years due to a shrinking supply, surpassing $1,000 per ton, compared with around $700 to $800 a ton before interest in higher quality rice took off.

Premium Thai rice is sought after for its long grain, soft texture and pleasant aroma. But it can only be grown in a specific area of a plateau in the northeastern part of the country. This lends it an exclusivity that is reflected by its high price. For this year and next, though, production is expected to fall as farmers, who sought to exploit the current high prices, put away few seeds for the coming seasons.

"This is bringing in a bigger problem," said Chookiat Ophaswongse, honorary president of the Thai Rice Exporters Association. "It destroys the [quality] standard and will eventually backfire on Thai rice exports."