While still lagging, worker pay in region catching up to advanced G-20 countries 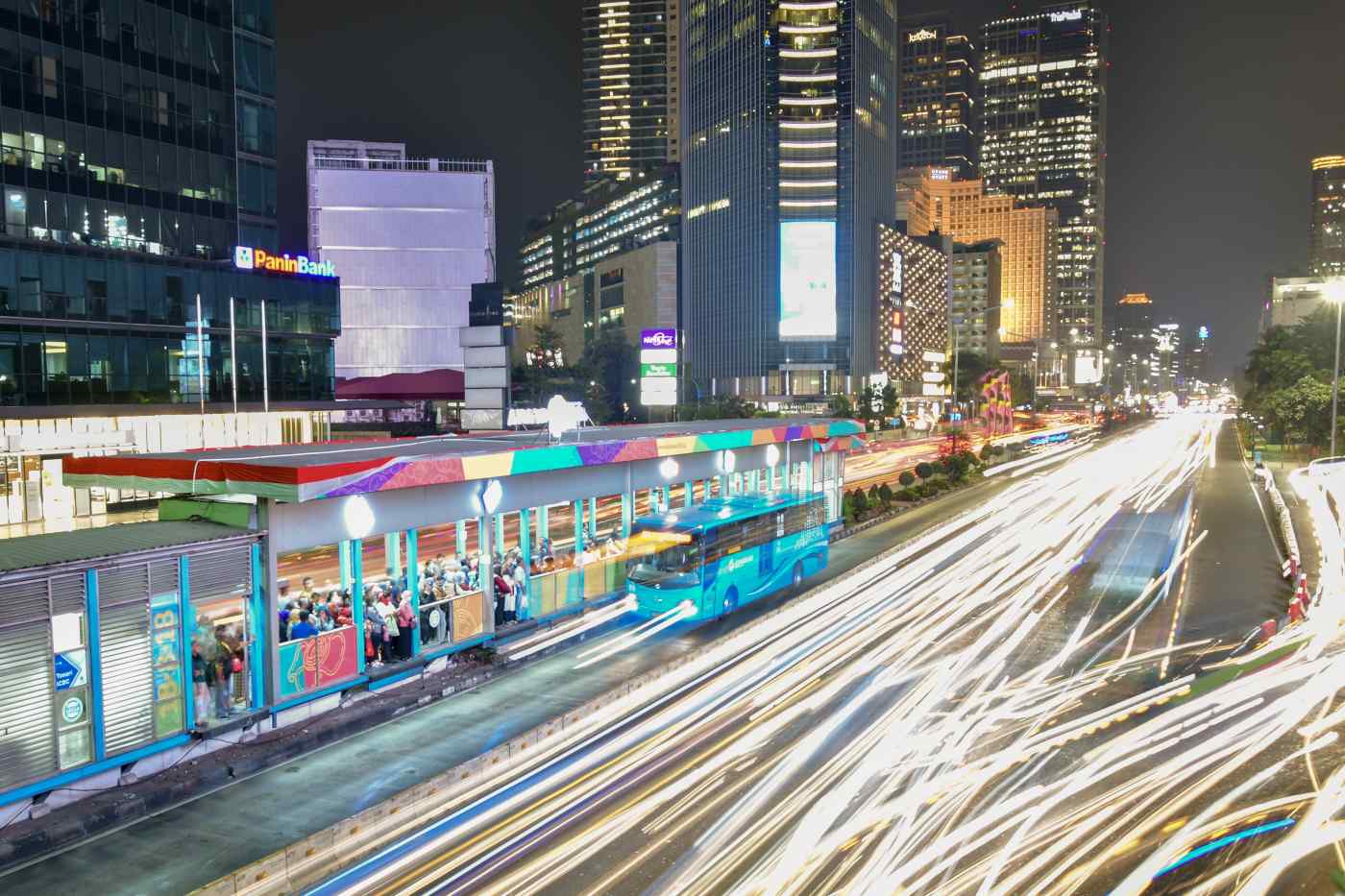 JAKARTA -- Wages in Asia grew by an average of 3.5% last year, nearly ten times faster than the 0.4% increase seen among the wealthiest members of the Group of 20 countries, whose leaders will meet in Argentina later this week.

Driven largely by Asian economies and China in particular, wages in the G-20's emerging or developing economies -- including Indonesia and India -- have tripled overall in the two decades since the Asian financial crisis, according to a new report by the International Labour Organization.

The disparity between developed countries such as Japan -- where wages declined by 0.4% last year -- and less-developed countries in Asia, is partly due to emerging economies growing much faster and enjoying lower inflation than other emerging or developing regions such as Africa, Latin America, Eastern Europe or the Middle East.

South Korea is something of an anomaly -- a wealthy Asian economy where wages grew by 15% since 2008, a surge that put it ahead of Germany as the developed country with the fastest wage growth over the decade.

"Reflecting more rapid economic growth than in other regions, workers in Asia and the Pacific have enjoyed the highest real wage growth among all regions over the period 2006-17, with countries such as China, India, Thailand and Vietnam leading the way," the ILO said.

Emerging Asian economies will provide 55% of global economic output by midcentury, according to a recent estimate by Credit Suisse. 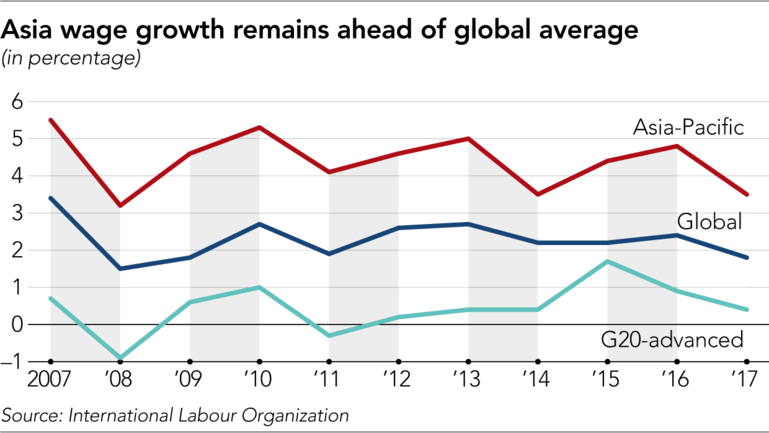 However, despite the surging economies and wages in developing and emerging markets in Asia, overall wages remain far higher in developed countries.

"Converting all G-20 countries' average wages into U.S. dollars using purchasing power parity (PPP) exchange rates yields a simple average wage of some US$3,250 per month in advanced economies and about US$1,550 per month in emerging economies," the ILO said.

And despite the rapid salary growth in emerging economies, there are other differences in the job markets of developed and developing countries. While wage growth in the U.S. was only 1% last year, the country is approaching full employment, with the percentage of jobless there now 3.8%.

Of the world's estimated 3.3 billion workers, only 54% are waged or salaried, the ILO estimates, though those numbers are an increase of over 700 million from a quarter century ago. "In low- and middle-income economies, an estimated 50% of all wage earners continue to work in the informal economy, either in the informal sector or as informal workers in the formal sector," the ILO said.

Though wages in developing and emerging Asia are growing much faster than elsewhere, last year's wage growth in Asia was 1.3 percentage points lower than in 2016, when wages grew by 4.8%, in turn suggesting that uncertainties stemming from a possible wider U.S.-China trade war were affecting the region's economies. Despite wage growth and an expansion of service and manufacturing jobs in developing and emerging Asia, millions of people still work informally or in small enterprises such as this streetside shop in Jakarta. (Photo by Simon Roughneen)

U.S. President Donald Trump and Chinese President Xi Jinping, the leaders of the world's two biggest economies, are slated to meet at the G-20 summit in Argentina at the end of the week in what could be a last attempt to forestall both sides raising tariffs on their entire bilateral trade.

China's extraordinary economic growth in recent decades has catapulted the country to within touching distance of replacing the U.S. as the world's biggest economy -- an influence that can be seen in global wage increases.

Last year's overall global average of a 1.8% wage increase would be reduced to 1.1% if China was taken out of the equation, and over the decade since the 2008 financial crisis, China's contribution to global wage growth has been around half the annual growth levels for most years -- wage hikes that, along with concerns over the impact of U.S. tariffs, are seeing foreign manufacturing investment shift to less expensive neighbors such as Vietnam and Cambodia.

While wage growth in Asia should continue to outstrip other regions, the potentially unsettling impact of robotics and automation on manufacturing jobs could in time affect the region's labor markets.

"With increasing automation and use of new technology, demand for better educated and skilled workers is on the rise, and these are also the workers who earn better wages, increasing the disparity between low-skilled and high-skilled workers," said Sameer Khatiwada, an economist with Asian Development Bank's Economic Research and Regional Cooperation Department.