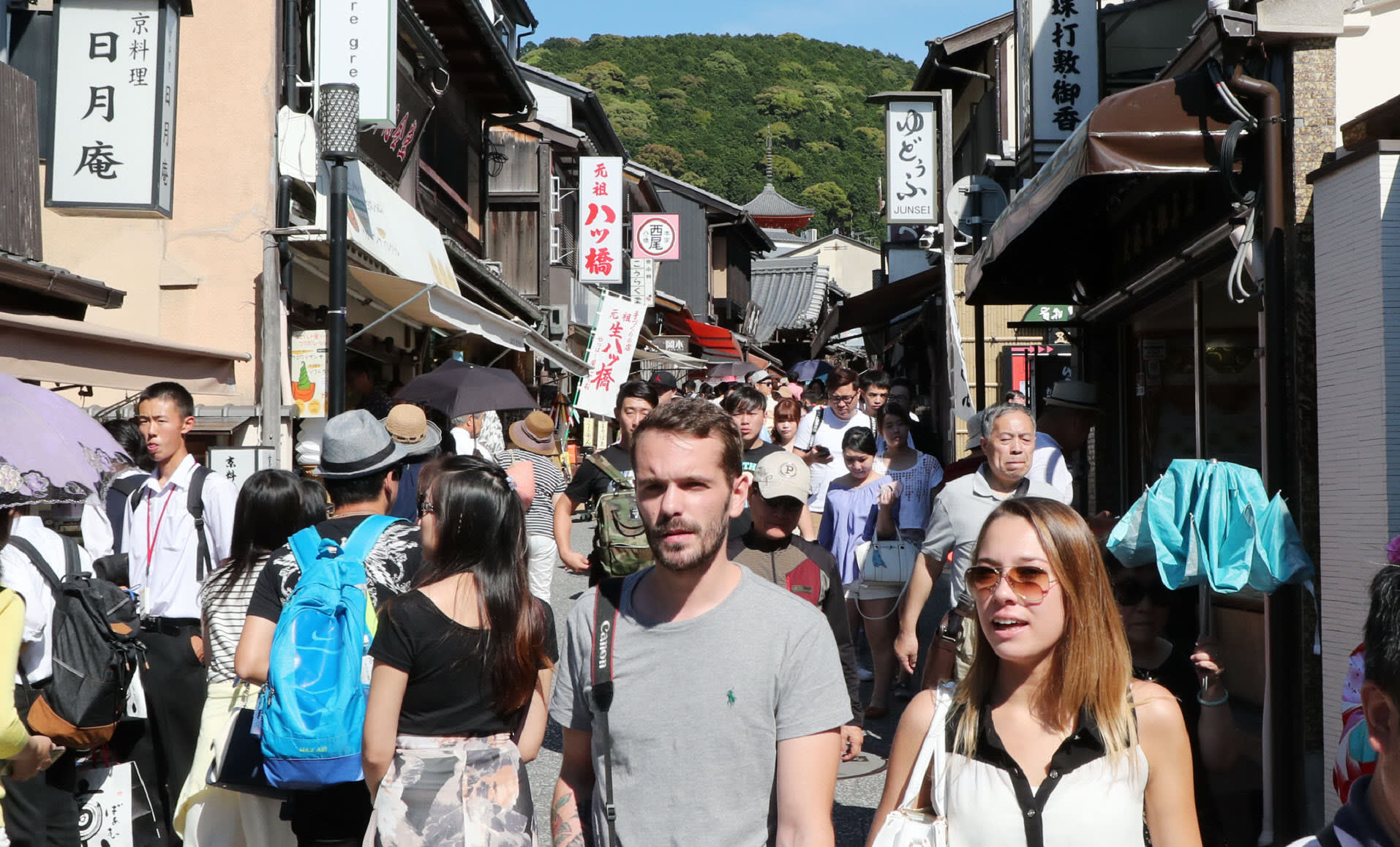 TOKYO -- Japan is welcoming tourists at a faster pace this year, with the number of foreign visitors surpassing 20 million as of Friday, but the influx has also shed light on infrastructure issues in need of attention.

Foreign visitors grew 21% on the year to 2.47 million in August. Tourists from China helped boost the total, as their ranks increased 21% to a monthly record of 819,700. Instead of group tours, more travelers seem to be traveling on their own or on cruises, and individual visa applications are on the rise. Cruise ships seem to be running at full occupancy lately despite vacancies in the first half of the year.

The number of South Korean travelers jumped 35% to 620,900, while the count from Hong Kong rose 24% to 196,800. An increase in international flight routes also helped, as tourists from 10 countries and regions grew by double digits.

In the January-August period, the number of inbound tourists grew 18% to 18.9 million. At this rate, almost 30 million foreigners will visit Japan by the end of the year. Japan is making good progress on the government's goal of welcoming 40 million by 2020, when Tokyo hosts the Olympics.

"Incoming tourists are rising steadily, but high-level challenges are emerging," Tamura said. With more visitors opting to travel on their own, transport infrastructure needs upgrading. For example, more foreign tourists relying on public transport means that signs will need to be written in multiple languages.

To tackle such problems, a departure tax is being considered by the government to help fund infrastructure projects at major tourist spots. Japan plans to arrive at a decision by the end of the year, but whether to include Japanese nationals remains a major sticking point.