Attention turns to side effects of easing 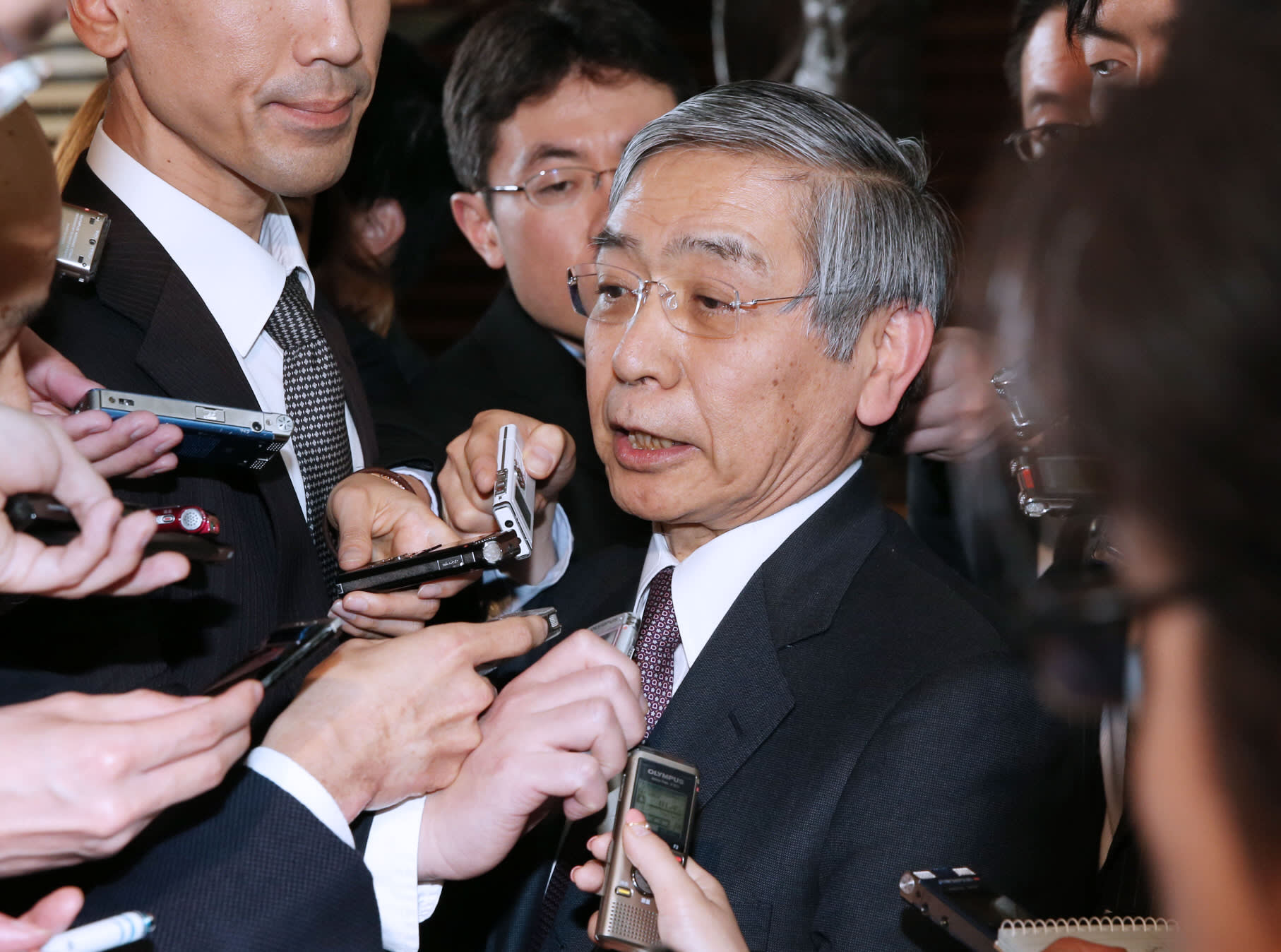 TOKYO -- A recent Bank of Japan publication has become a hot topic among Japan investors. The central bank's in-depth analysis of market data and examination of the side effects of its easing measures found problems that BOJ Gov. Haruhiko Kuroda has failed to mention.

Soon after Kuroda became governor, the bank pledged to achieve 2% inflation within two years and introduced a massive monetary stimulus package in April 2013. The BOJ, however, has started paying attention to the negative effects of the stimulus. As Kuroda goes into his third year at the helm of the BOJ, with inflation still distant, such effects must be watched carefully by the central bank.

The BOJ assessed liquidity in the government bond market by using transaction data. It released the results of its analysis in a working paper, released March 19. The paper said that multiple indicators suggest that bond-market liquidity is declining. It also said that the BOJ's government bond purchases are tightening the demand balance. The possibility that lower liquidity is having an impact on the JGB market is undeniable, according to the paper.

It is difficult to describe market liquidity in numbers. Therefore, it is often explained by measuring sentiment of market participants on issues such as ease of transaction. Previously, when it looked at traditional indicators such as trading volume and prices, the BOJ saw no problem in the bond market. The bank created indicators for the recent paper that look more closely at actual market sentiment, which has diverged from that of the central bank.

Last October, the BOJ increased its annual purchase of JGBs to 80 trillion yen ($665 billion) from 50 trillion yen. With this move, the number of JGBs available on the market has been declining. Decreases in bond-market liquidity tends to increase the volatility of long-term interest rates.

For now, the paper is not seen as representing the BOJ's official position. The views expressed in the paper are those of the authors, who belong to the central bank's financial market department. That said, the views could soon become the official BOJ stance, as the authors of the paper are also responsible for analyzing the JGB market in the bank's official semiannual Financial System Report, to be released in April. This report examines risks that could affect the stability of Japan's market and financial system, and attracts attention on the market and in the BOJ.

All for inflation target

BOJ policymakers have already begun discussing the issue. The minutes of the February policy board meeting said: "a few members pointed to the possibility that the recent rise in interest rates reflected a decline in market participants' risk tolerance and deterioration in market functioning." The bank is monitoring market trends more closely than before.

A BOJ executive said the bank puts the highest priority on achieving its 2% inflation goal. Concern over lower functionality and liquidity on the market will not change the bank's mind, he added.

Many BOJ officials believe that growth in Japan's consumer price index will remain around zero until this summer, before turning higher again toward 2% in autumn.

"If the year-on-year rate of increase in the CPI accelerates in accordance with the bank's forecast, the bank at some point will need to gradually slow the pace of [easing] from the current full-speed operation," BOJ policy board member Koji Ishida said at a Feb. 26 meeting with business leaders in Kanagawa Prefecture.

On the other hand, the BOJ will be expected to increase its stimulus by the market, unless inflation again emerges. Either way, it will be a burden on the bond market.