Australia's biggest state to ease coronavirus lockdown from May 15

New South Wales to allow restaurants and playgrounds to reopen 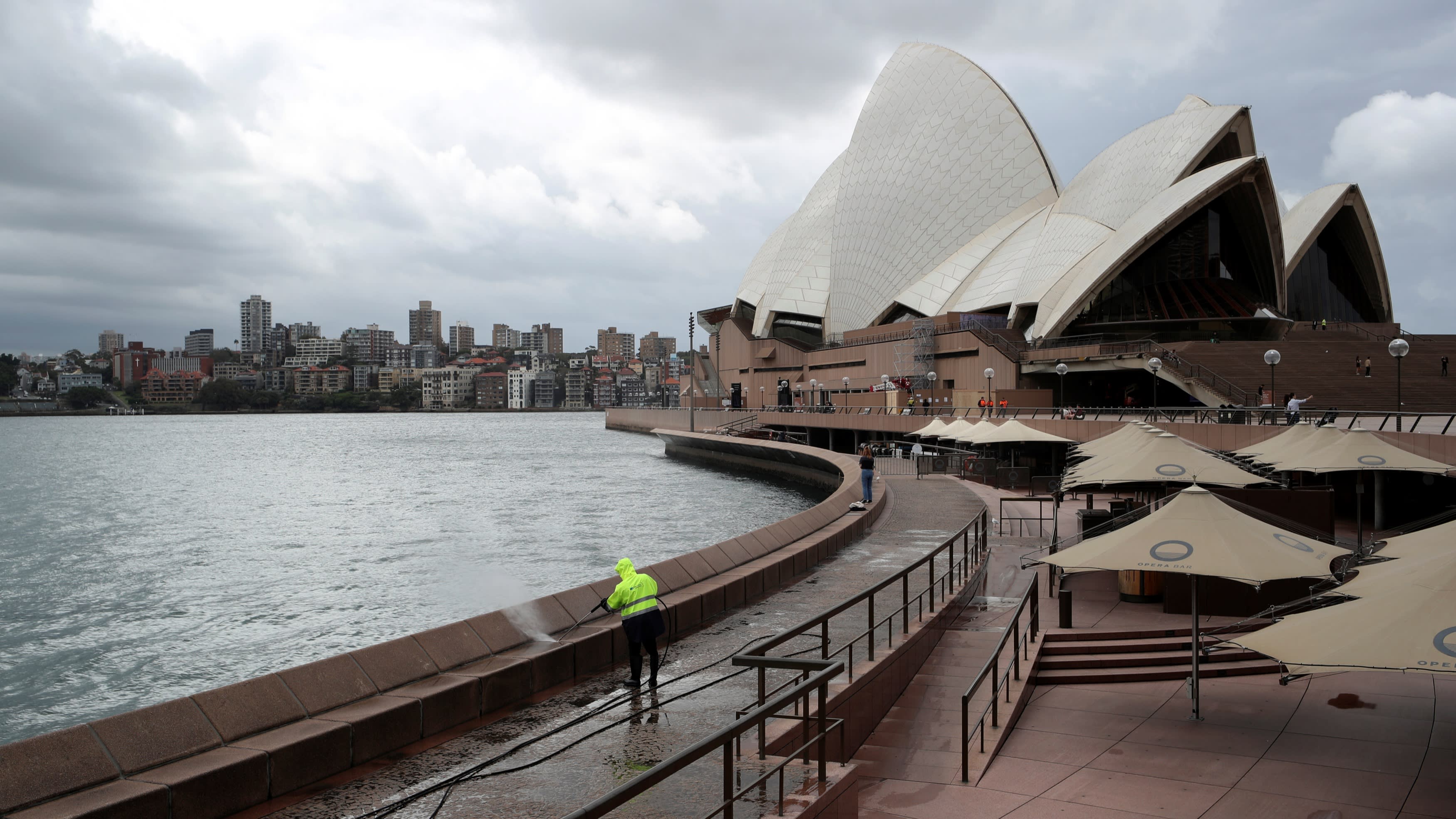 A worker cleans the waterfront area of the Sydney Opera House on March 26. New South Wales, home to Sydney, has been worst hit by the coronavirus in Australia.   © Reuters
May 10, 2020 11:54 JST | Australia
CopyCopied

MELBOURNE (Reuters) - Australia's biggest state, home to Sydney, will allow cafes and restaurants, playgrounds and outdoor pools to reopen on Friday as extensive testing has shown the spread of the coronavirus has slowed sharply, New South Wales state's premier said on Sunday.

The state has been worst hit by the coronavirus in Australia, with about 45% of the country's confirmed cases and deaths. However it recorded just two new cases on Saturday out of nearly 10,000 people tested, clearing the way for a cautious loosening of lockdown measures.

"Just because we're easing restrictions doesn't mean the virus is less deadly or less of a threat. All it means is we have done well to date," Premier Gladys Berejiklian told reporters on Sunday.

From May 15, New South Wales will allow cafes and restaurants to seat 10 patrons at a time, permit outdoor gatherings of up to 10 people, and visits of up to five people to a household.

Playgrounds and outdoor pools will also be allowed to reopen with strict limits.

The moves are in line with a three-step plan to relax lockdown measures outlined by the Australian government on Friday, which would see nearly 1 million people return to work by July.

Places of worship in New South Wales (NSW) will be permitted to open to up to 10 people from Friday. Weddings, which had been restricted to two guests, will be able to host up to 10 guests, and indoor funerals will be allowed to have 20 mourners.

The state earlier announced schools would reopen from Monday, but only allowing students to attend one day a week on a staggered basis.

Berejiklian gave no time frame for any further reopening of the economy, saying that would depend on further data on infection rates, including closely watching the impact of school reopenings.

"We continue to take a cautious approach in New South Wales, but also one which has a focus on jobs and the economy, because we can't continue to live like this for the next year or until there is a vaccine," Berejiklian said.

NSW and Victoria, which has had the second-highest number of COVID-19 cases and deaths in the country, have maintained their tight restrictions longer than other states in the country.

Victoria's premier said he would announce plans for easing lockdown measures in the state on Monday.

Western Australia, which shut its borders to combat the spread of the virus and has had only 1 new COVID-19 case in the past 11 days, has moved faster than other states in easing restrictions.

In South Australia, shops reopened on Saturday, drawing huge crowds to malls. From Monday, the state will allow holiday travel within in its borders, in a push to revive tourism that has been devastated this year by bush fires and the coronavirus.

In Queensland state, up to five people were allowed to visit households for Mother's Day on Sunday, and the state earlier allowed people to travel up to 50 kilometers (31 miles) to visit national parks.