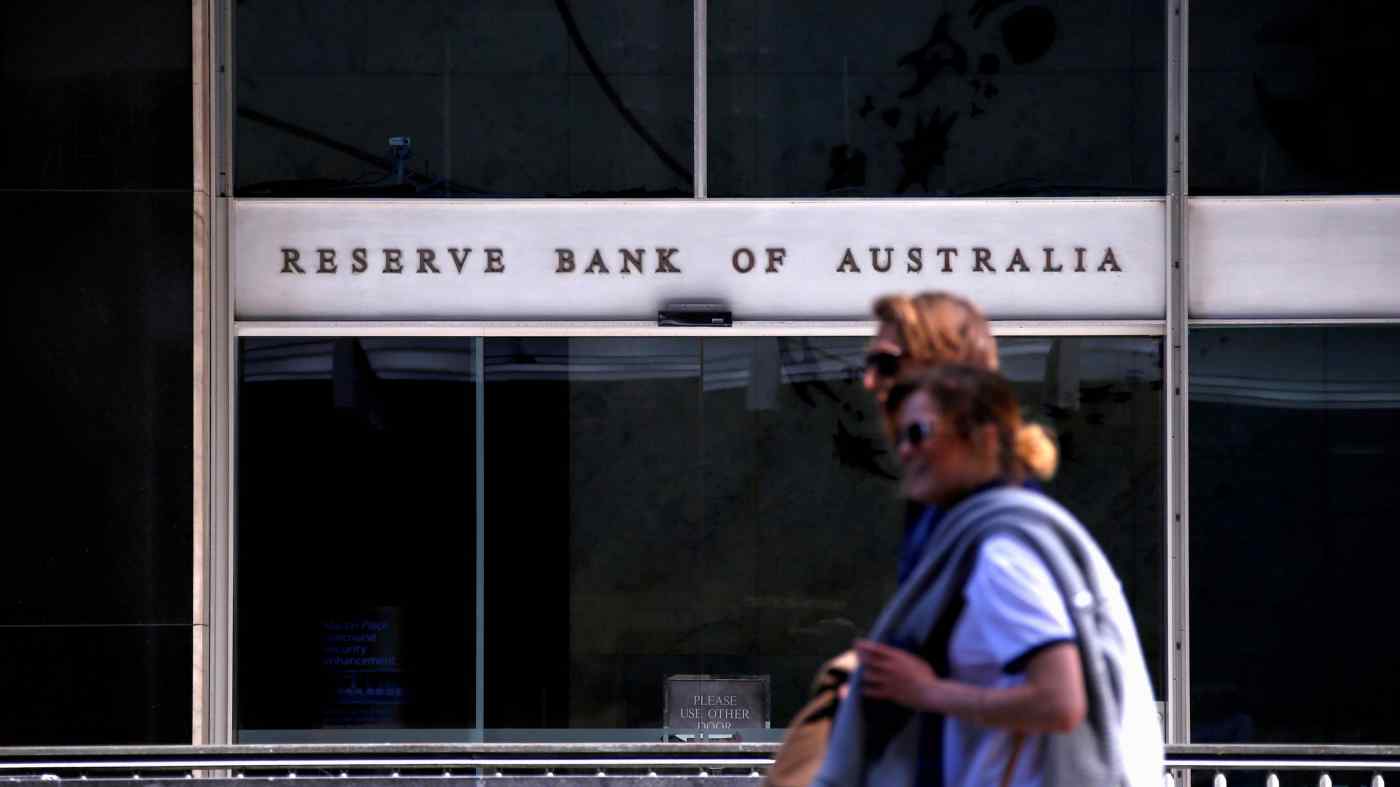 The Reserve Bank of Australia at its Aug. 3 meeting decided to stick with its plan to trim its weekly bond buying but will continue to review the national health situation and be prepared to act in response.   © Reuters
August 17, 2021 11:59 JST | Australia
CopyCopied

SYDNEY (Reuters) -- Australia's central bank would be prepared to take policy action should coronavirus lockdowns across the country threaten a deeper economic setback, minutes from its August meeting showed on Tuesday.

That outcome now looks ever more likely as the Delta variant spreads, piling pressure on the Reserve Bank of Australia (RBA) to delay a planned tapering of its bond buying program, or even to ease.

The chance of fresh stimulus saw the local dollar slip a quarter of a cent to $0.7308 while 10-year bond yields dropped to near seven-month lows at 1.16%.

The RBA Board had been optimistic at its Aug. 3 meeting that the economy would recover quickly once coronavirus lockdowns relaxed. As a result, it decided to stick with plans to trim its weekly bond buying to A$4 billion ($2.94 billion), from the current A$5 billion pace.

Yet minutes showed it would also continue to review the bond buying plan as the health situation developed.

"The Board would be prepared to act in response to further bad news on the health front should that lead to a more significant setback for the economic recovery," the minutes showed.

Since then, the news has been consistently bad as lockdowns spread from Sydney to the capital of Canberra, and a further 2,500 kilometers to the Northern Territory.

Melbourne has been put under curfew as authorities struggle to stem the spread of the Delta variant. Two thirds of the nation's 25 million citizens are effectively shut in, and whole sectors of retailing and services are closed.

Economists have responded by slashing their economic outlook, leaving the RBA's recent prediction of 4% growth for 2021 looking increasingly untenable.

"Lockdowns are likely to have a very acute impact on the economy, much more than what the RBA had pencilled in only a week ago," warns NAB economist Tapas Strickland.

COVID disaster payments to those losing jobs or hours worked have gone out to 1.2 million people, or more than 9% of the workforce, leading Strickland to forecast a jump in unemployment to 5.6% in September, from the current 4.9%.

The RBA had forecast a jobless rate of 5% by year end.

"Under these estimates the Australian economy grows by 2.4% in 2021, down from 3.2% in our earlier forecast," said Evans.