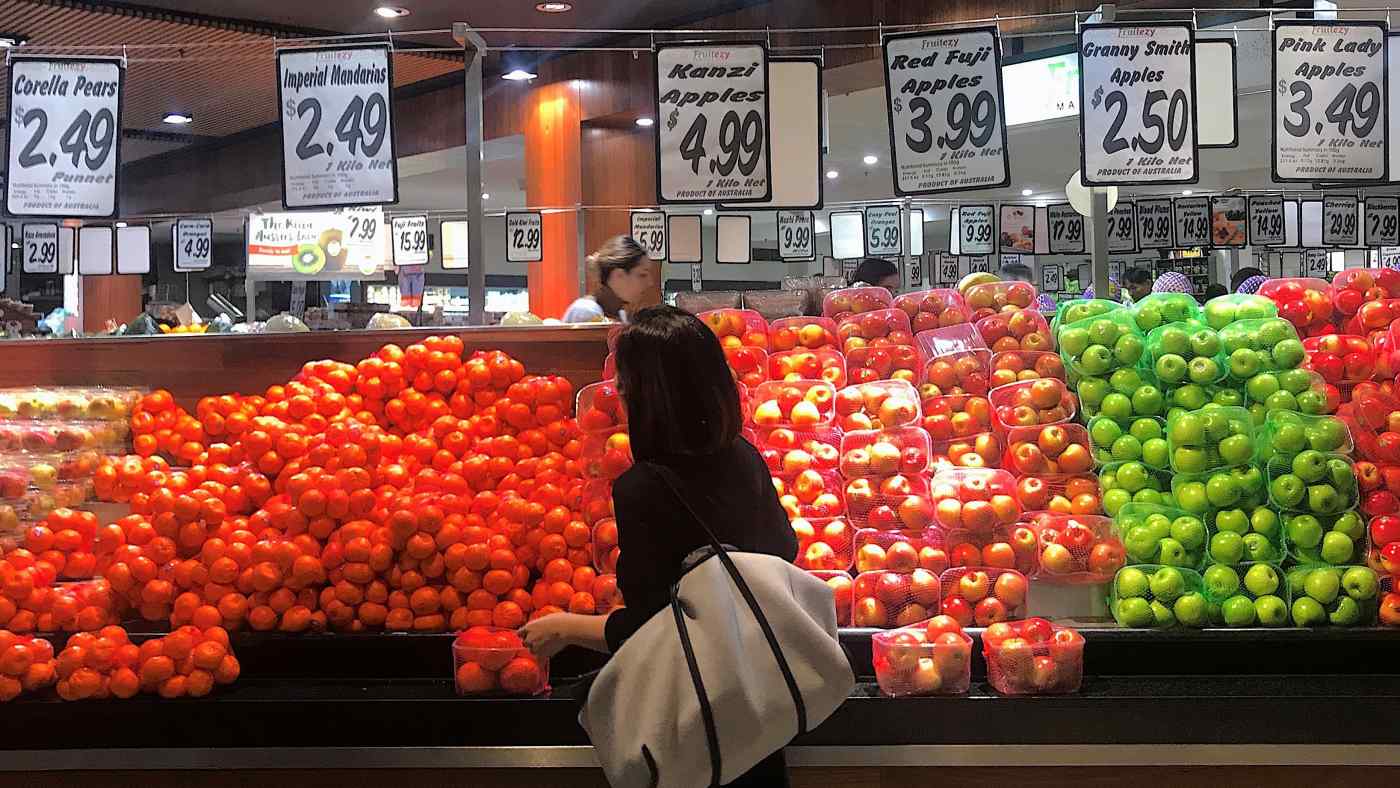 The fillips are promising signs for a Reserve Bank of Australia which has stuck with low interest rates for two years, amid concerns over the property market and policy stagnation stemming from political turmoil.

Gross domestic product grew 3.4% on the year in the quarter through June, figures from the Australian Bureau of Statistics show, exceeding analyst estimates of 2.8% growth and sending the local dollar sharply higher.

"Growth in domestic demand accounts for over half the growth in GDP, and reflected strength in household expenditure," said Bruce Hockman, chief economist at the statistics bureau.

Over the last 108 successive quarters, the Australian economy suffered the occasional contraction but never fell into recession, which is defined as two straight periods of negative growth. A mining boom and government stimulus cushioned the effects of the 2008 global financial crisis, and the economy stayed resilient as a hot housing market picked up the slack caused by a commodities downturn. The June quarter was boosted by household consumption which grew a steady 3% over the year through June. Anincrease in government spending and housing investments also helped.

Economic growth "has been significantly stronger than we had been led to believe," said Westpac bank Chief Economist Bill Evans, "And, indeed, comfortably above the generally accepted measure of potential growth of 2.75%."

Analysts, however, pointed to falling household savings as a potential pitfall. Household savings hit 1%, the lowest level in over a decade, as consumers dug into savings to make up for weak income growth.

George Tharenou, economist at UBS Australia said the drop in household savings was unsustainable. Westpac's Evans agreed and added that solid growth in consumption can only be backed by a rise in incomes. But he said wages had peaked at 5% growth and have now slowed to 4.8%.

Investment in sectors unrelated to resources fell below expectations, but still held on to annual growth of 8.8%.

Australia is trying to wean itself from its dependence on mining to power growth. Some economists say that a growing public infrastructure spending spree will help the economy.

So far, the economy has weathered increasing political instability, brushing off six leadership changes in a decade. A bitter leadership battle in late August, which resulted in former Treasurer Scott Morrison replacing Malcolm Turnbull as prime minister, changed none of Nomura Australia's forecasts for economic growth and exchange rate.

"Australians have become used to federal political instability over the past decade," said Senior Rates Strategist Andrew Ticehurst in a note. Australia's growth spurt was unaffected, he said, with "rising nonmining business investment and strong job growth over the past 12 months."

But risks are gathering. Australia is "somewhat out of sync" with the rate increase cycle led by other developed economies, National Australia Bank Senior Economist Gareth Spence said. Household debt levels are among the highest in the world, and slow wage growth casts doubt on longer-term consumption prospects.

The surge in Australia's housing market helped fuel credit growth and consumer confidence, but recent price falls have extended as regulators attempt to rein in a speculative boom. Lenders are under additional government scrutiny.

"While growth is very strong, inflationary pressures are very weak," said Felicity Emmett, senior economist at Australia and New Zealand Bank. "Contribution from housing will fade, and business conditions have eased from the highs."

At an RBA board dinner in Perth on Tuesday night, Gov. Philip Lowe said the central bank was "closely monitoring" housing and wage inflation. The bank stopped cutting rates at 1.5% -- leaving them relatively high compared with global peers -- but has lagged in tightening, with a rates decision on Tuesday marking an unprecedented two years of no change.

"You could expect the next move in interest rates to be up, not down," Lowe said. "But any move still seems some way off, given the gradual nature of the progress expected on unemployment and inflation."