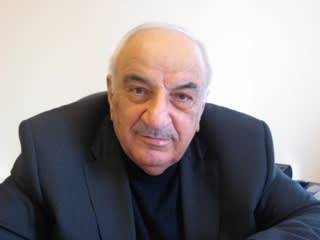 The Trans Anatolia Natural Gas Pipeline, or Tanap, is supposed to carry gas from the Caspian Sea through Georgia and Turkey, connecting with the Trans Adriatic Pipeline, which will extend to Italy. All this is expected to cost some $20 billion, including upgrades to existing pipelines, and represents a lucrative opportunity for Japanese companies.

He said that he hoped Japanese companies would also back the gas pipeline and that he intended to discuss the project during his trip to Japan later this month.

Trading house Sumitomo, Marubeni-Itochu Steel and other Japanese companies have expressed interest in supplying the vast amounts of pipe needed for the project. The Japanese offer competitive quality and financing, Socar Vice President Elshad Nassirov told The Nikkei. Japanese companies supplied some $500 million worth of pipe for the BTC pipeline.

Tanap will be fed by the Shah Deniz gas field, which BP is developing. Gas is supposed to start flowing from stage 2 of the project in 2018. Plans call for exporting a total of 16 billion cu. meters of gas to Turkey that year and to southern Europe in 2019.

The Azeri-Chirag-Gunashli field has an estimated 350 billion cu. meters of natural gas reserves, according to Azerbaijani authorities. Itochu and Inpex hold stakes in the field and will soon sign an agreement on developing it, Nassirov said.

Azerbaijan is looking for ways to get its oil and gas to foreign markets without going through Russia, which drives a hard bargain on pricing. Neighboring Turkey, with which it has close economic and ethnic ties, offers one route.

A consortium including Itochu has taken an order from Socar to build one of Turkey's biggest oil refineries, slated to begin production in 2017.