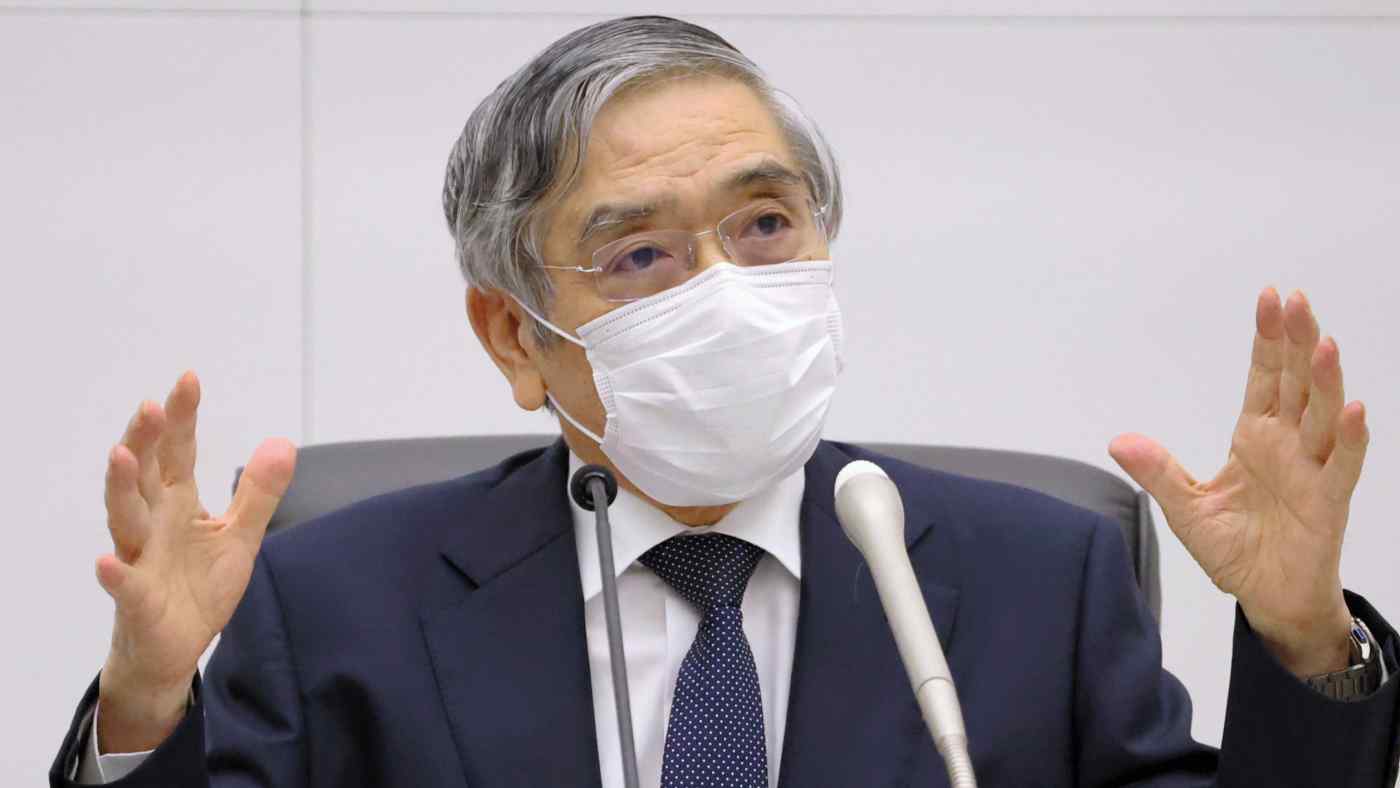 Kuroda stressed the effectiveness of the monetary stimulus in supporting the economy. "The financial markets are no longer in a tense condition, as they once were, even though there is still some nervousness," Kuroda said at a news conference following the bank's two-day monetary policy meeting.

Lending conditions remain very accommodative, with bank loans growing by record pace of more than 6%, year-on-year, for a third straight month in August, he said. Issuance of corporate bonds and commercial paper by large companies are growing at a 10% pace, he added.

"We have avoided a situation where businesses go under due to funding problems. There has been no major increase in corporate bankruptcies. Increases in unemployment are also limited," Kuroda said.

The emergency lending programs "need to be maintained" to make sure that businesses will get the funding they need, and that financial markets will remain stable, he added.

At the policy meeting, the BOJ maintained its ultra-easy monetary stance and emergency loan programs for the coronavirus-hit economy, as the nation experienced its first leadership change in nearly eight years.

The decision came as the stock market has recovered to pre-pandemic levels, while exports expanded in August for the third straight month.

The BOJ upgraded its assessment of the economy, saying "economic activity has resumed gradually and is picking up its pace of growth." The central bank said in July that the economy was in an "extremely severe situation."

The bank now believes that exports and industrial production, pillars of economic growth, have now turned to expansion.

The BOJ added in its statement, however, that "corporate profits and business sentiment have deteriorated, and business fixed investment has been on a declining trend."

New Prime Minister Yoshihide Suga, who was sworn in on Wednesday, has voiced his backing for BOJ Gov. Haruhiko Kuroda. Suga said on Wednesday that he will continue the policies pursued under Shinzo Abe, his predecessor as prime minister, including aggressive fiscal and monetary policies.

Kuroda reiterated at the news conference that the central bank will maintain close policy coordination with the government, as it has done with the Abe government. He added that he intends to serve out his second five-year term, which runs through April 2023.

The central bank kept its short-term interest rate target unchanged at minus 0.1% and maintained a goal of steering long-term rates to around zero. The BOJ also kept its pledge to buy unlimited amounts of Japanese government debt.

Emergency funding programs were also kept in place for businesses hit by the coronavirus. An equity purchase program of up to 12 trillion yen ($114.32 billion) a year is also kept intact.

Under the emergency funding facilities, a total of 130 trillion yen has been made indirectly available to businesses and families that are suffering the impact of the pandemic.

The BOJ is using its balance sheet to buy corporate bonds and commercial paper worth up to 20 trillion yen and offer up to 110 trillion yen in interest-free funds for up to one year to commercial banks that are lending to businesses and families.

As of the end of August, the BOJ has accepted 35 trillion yen in loans from commercial banks.