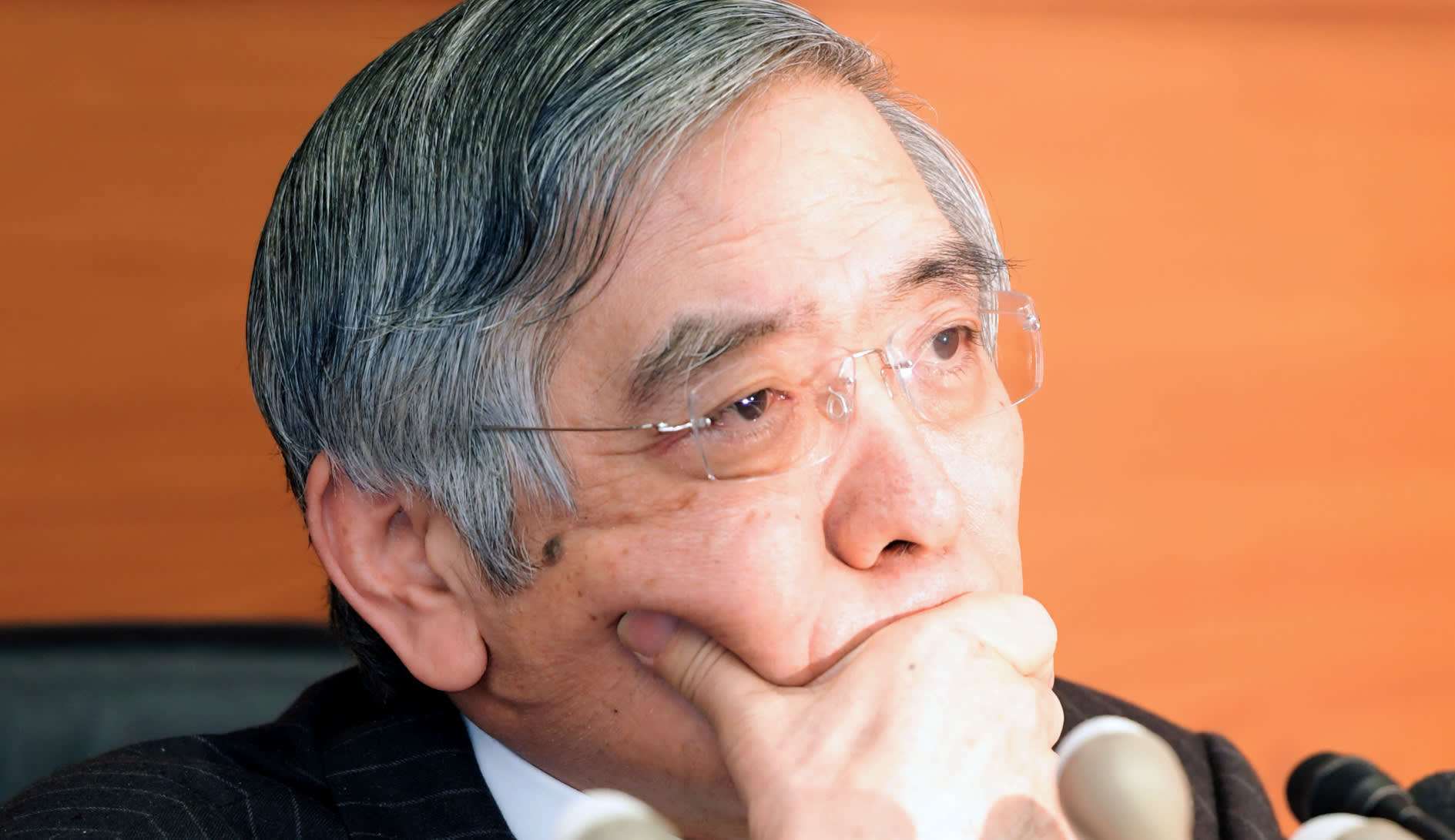 TOKYO -- Bank of Japan Gov. Haruhiko Kuroda made it abundantly clear Tuesday that the central bank does not plan to unwind its easy monetary policy. But against a backdrop of rosy economic indicators, a jittery market does not seem to be getting the message.

"We have not arrived at the stage where we can consider an exit," Kuroda told reporters Tuesday immediately following a two-day policy meeting. Because the inflation rate is still far from the 2% target, he said the bank "will diligently continue with monetary easing."

This week's meeting marks one year and four months without a major policy change from the BOJ. Kuroda highlighted that unwavering approach by pledging not to immediately adjust the current program if the forward inflation rate rises.

Kuroda also stood his ground when it came to the BOJ's buying of exchange-traded funds. Some have questioned the necessity of that effort given the worldwide rally in stocks.

"There is no problem in maintaining" the ETF purchases, said Kuroda. Some members of the BOJ policy board have called for a review of the side effects, a view Kuroda casts as the opinion of just a few. Kuroda's comments paint a picture of a BOJ chief keen on extinguishing speculation that the body will soon tighten its ultraloose policy. With central banks in the U.S. and Europe moving toward an exit from their loose policies, the focus is on how long the BOJ will remain the odd man out.

On Jan. 9, the BOJ announced a surprise cutback in purchases of Japanese government bonds. That sparked speculation, especially among international investors, that the Japanese central bank is preparing for an exit. In currency markets outside Japan, the Japanese currency appreciated by more than 1 yen versus the dollar within 36 hours.

On Tuesday, the BOJ released an inflation outlook that was slightly more optimistic than the one issued at the previous meeting. The market once again saw a hawkish signal, which temporarily strengthened the yen. It appears market players have become sensitive to even the whiff of tightening.

When Kuroda strongly denied such a notion at the press conference, yen sellers took over.

"It's necessary to ascertain the trends in wage increases, so [the BOJ] cannot move toward monetary tightening for at least the first half of 2018," said Naohiro Nomoto at Bank of Tokyo-Mitsubishi UFJ.

But in the end, Kuroda's statement only had a temporary impact on the exchange rate. By 5 p.m. Tuesday, the yen returned to where it had risen to at 9 in the morning.

"There are signs that prices are rising sustainably," said Seiji Adachi at Marusan Securities.