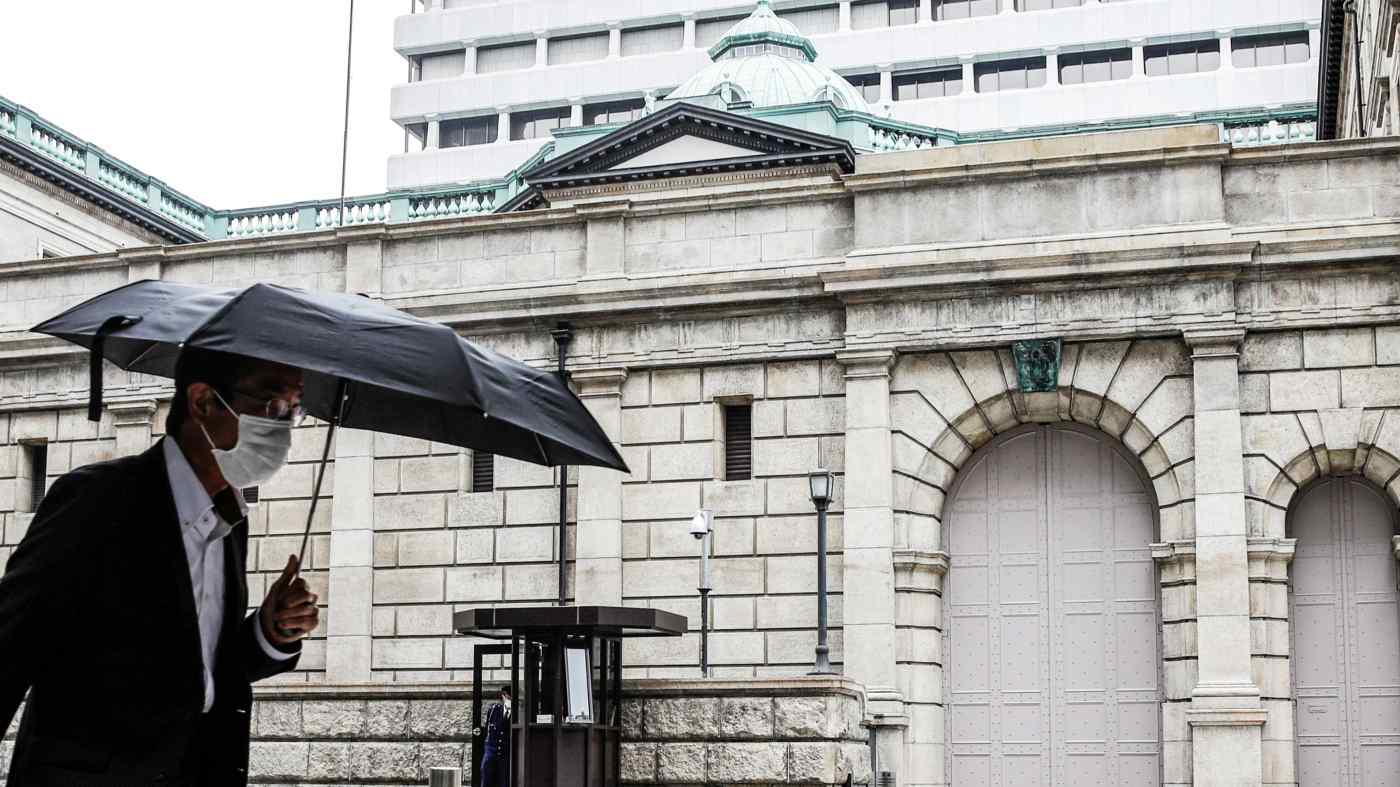 TOKYO -- The Bank of Japan added more flexibility to its interest rate target and asset purchase program on Friday while reiterating its commitment to accommodative monetary policy, as the central bank tries to keep the country's recovery on track from the coronavirus pandemic.

The BOJ, conducting its first comprehensive review of monetary policy framework since September 2016, took steps to remedy the side effects of its extreme monetary easing, such as market distortions and pressure on bank revenues. The changes are aimed at making the easing policy more sustainable for the long term.

The review, announced after a two-day policy meeting, comes amid a strong rally in Japanese share prices, with the Nikkei Stock Average hovering around a 30-year high.

The central bank dropped from the policy statement its reference to a "6 trillion yen" ($55 billion) target for annual purchases of exchange trade funds, while keeping "the upper limit of about 12 trillion yen." The bank appears to be signaling that it remains willing to step into the market, but only when necessary.

"Even after the coronavirus pandemic subsides, we don't know what kind of shock will await the economy," Kuroda said, in justifying the decision to keep the 12-trillion-yen equity purchase limit, which was introduced as a response to the pandemic. He said that aggressive equity purchases have helped calm the stock market during the crisis.

The policy statement also kept a warning that there are "extremely high uncertainties" regarding the course of the pandemic and its impact on the economy.

The BOJ kept its main policy levers unchanged, including short-term interest rates at minus 0.1% and long-term rates at zero.

Yet the bank tweaked its stance of letting long-term rates move around the target levels more flexibly, changing the range to between around plus and minus 0.25%, instead of plus and minus 0.2%, confirming a Nikkei exclusive story released on Thursday.

The Nikkei Stock Average lost as much as 595 points, or 2.0%, following the announcement, which included a mention that the central bank will only purchase exchange traded funds linked to the broader TOPIX index, but not to the Nikkei average.

The BOJ's equity holdings are now worth about 7% of the Tokyo Stock Exchange's total.

Kuroda stressed that the equity purchase operation hadn't harmed the functions of the stock market. He added that the central bank took into consideration that purchasing the Nikkei index, which covers only 225 of the TSE first section's 2,195 stocks and is heavily weighted on a few companies, could have a distortionary impact on the market.

The statement comes as monetary authorities in the U.S. and eurozone said this week they will keep policy extremely loose until economic recovery takes root.

The accommodative stance was echoed by the BOJ, which pledged to buy Japanese government bonds "without setting an upper limit" and continue purchases "as long as it is necessary" and until the 2% inflation goal is attained in a stable manner.

The bank also reminded that it is willing to cut interest rates further into negative territory, while adding that it will take mitigating steps to avoid heavy damage to banks' bottom line with more aggressive rate cuts.

Specifically, the BOJ said it will pay banks interest proportionate to the amount of loans that are made in line with the BOJ's policy goals, such as those helping companies deal with the coronavirus pandemic. Such interest payments are hoped to offset at least some of the impact of cuts in the future.

Following its September 2016 review, the BOJ has slowed the pace of JGB purchases sharply. While 10-year interest rates remain near zero, the yields on longer maturities have risen to multiyear highs, with the 30-year bond yield rising as high as 0.76% last month.

Analysts said that the BOJ is now in a positive to handle future positive and negative developments.

Ryutaro Kono, chief economist at BNP Paribas, said a continuing recovery of the global economy will lead to yields on 30-year and other super long bonds to rise further.

But if a major economic shock were to occur, the BOJ will let the 10-year bond yield fall as low as minus 0.3% to prevent the yen from rising, he added.

The yen is often seen as a safe-haven currency and tends to appreciate during an economic crisis, which in turn harms the domestic export industry.