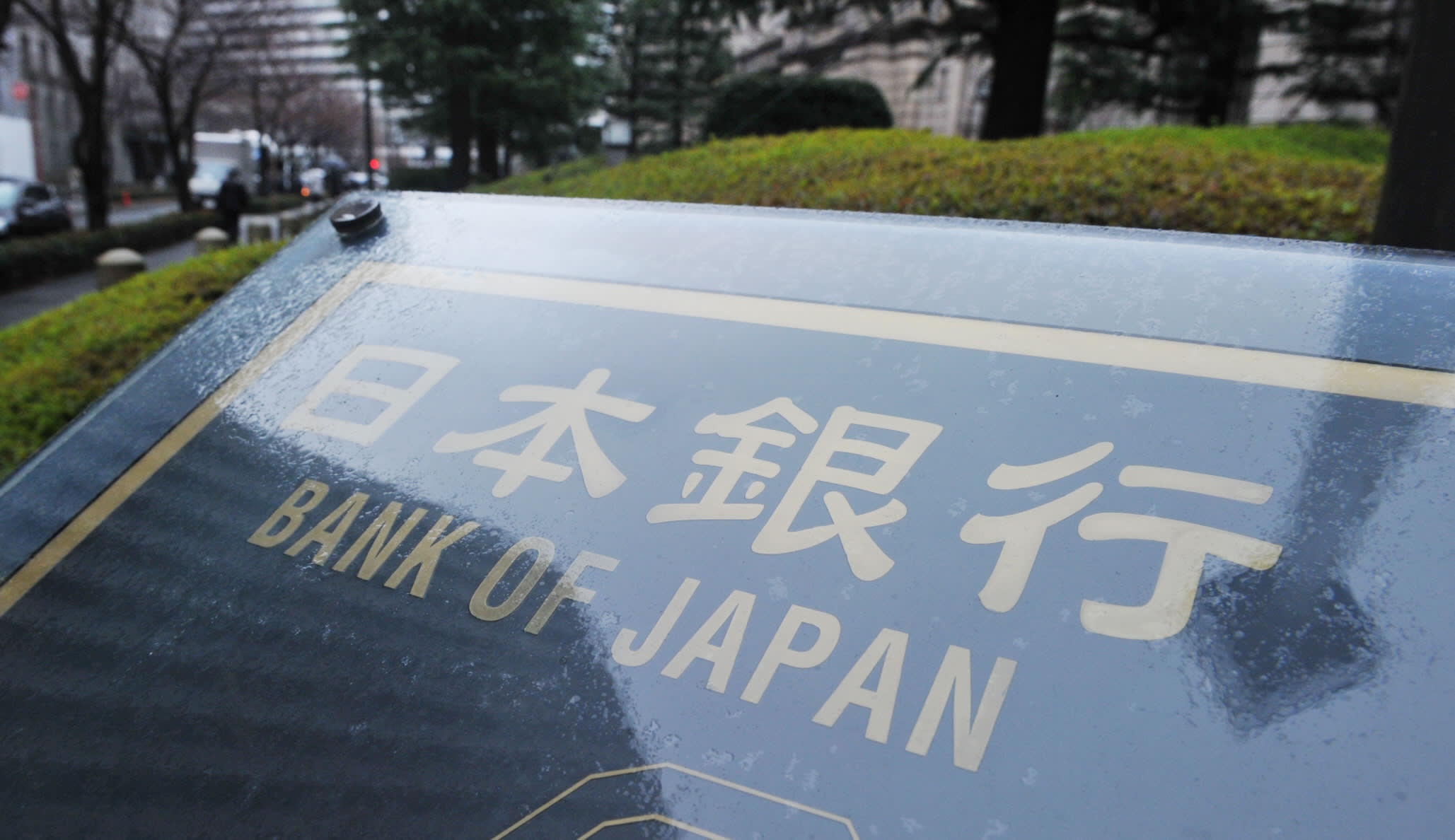 The latest cut in inflation forecast is a setback for the BOJ that has a goal of achieving 2% inflation. (Photo by Takaki Kashiwabara)
MITSURU OBE, Nikkei staff writerJanuary 23, 2019 12:19 JSTUpdated on January 23, 2019 18:30 JST | Japan
CopyCopied

TOKYO -- The Bank of Japan cut its quarterly inflation outlook for the third straight time on Wednesday as concerns grow about the global economy and U.S.-China trade tensions.

The BOJ revised down its earlier projection after a two-day board meeting during which it decided to maintain its ultra-easy monetary policy, including keeping short-term interest rates at minus 0.1% and targeting 10-year Japanese government bond yields at around zero.

The central bank now expects inflation of 0.9% in the fiscal year that starts in April, down from a forecast of 1.4% in October. That forecast was cut from 1.5% in July and 1.8% in April.

But the BOJ maintained that the economy was still expanding at a moderate pace. In a press conference, Governor Haruhiko Kuroda said that the inflation downgrade was "mostly due to lower oil prices." Crude oil prices fell sharply in the past few months, from $76 per barrel on Oct. 3 to $42.53 on Dec. 24, although it rebounded above $52 recently.

Kuroda said oil price fluctuations will have "only a temporary impact" on inflation, noting that the decline so far has not been as dramatic or sustained as in 2014-2016, when crude oil prices fell from above $100 to around $30.

The latest projection is still a setback for the BOJ, which has a goal of achieving 2% inflation and ending the grip of deflation on the economy since the late-1990s. The state of the global economy is still a key concern for Japan Inc., despite signs of the U.S. and China reaching an agreement that could ease trade tensions. Inflation is also facing downward pressure from government-mandated reductions in smartphone connection rates and a move to waive college tuition fees for some families.

Earlier in the day, the Finance Ministry reported a trade deficit of 1.2 trillion yen ($11 billion) for 2018, the first red ink in three years, as exports to China decelerated while imports were pushed up by elevated oil prices.

The International Monetary Fund also recently reduced its global growth forecast for 2019 to 3.5%, from 3.7% in October.

The BOJ, however, revised up its economic growth forecast to 0.9% for the year starting April, from 0.8%, as Prime Minister Shinzo Abe's government prepares a major stimulus program designed to offset the negative impact of a consumption tax increase to 10% from 8% scheduled for October.

Kuroda said that downside risks to Japan have increased, but added that the global gross domestic product remains underpinned by robust U.S. growth and China's pre-emptive measures to support its economy.

"It is true that the Chinese economy saw quite a deceleration in the latter half of 2018. But the growth rate still stayed above 6%, and will remain so this year," he said.

Kuroda said that the two countries should be able to resolve at least the issue of trade imbalances, though he added that the countries will continue to fight for technological leadership.

The central bank will continue to increase its holdings of Japanese government bonds by 80 trillion yen ($731 billion) a year and purchase exchange-traded funds, as it sticks to its ultra-easy monetary policy until the target of 2% inflation is achieved.

The BOJ hasn't made any major policy shift since it introduced a policy to control bond yields in September 2016.