BOJ is top-10 shareholder in 40% of Japan's listed companies TOKYO -- The Bank of Japan has become a major shareholder in nearly 40% of listed companies as the central bank keeps buying stocks under its ultraloose monetary policy.

The BOJ has amassed an estimated 25 trillion yen ($227 billion) of equities as a result of purchasing exchange-traded funds. The tally is equal to nearly 4% of the roughly 652 trillion yen aggregate market value of stocks traded on the first section of the Tokyo Stock Exchange.

The bank's ETF purchases started in 2010 and have gained traction since BOJ Gov. Haruhiko Kuroda took office 2013 and pushed for aggressive monetary easing. Annual purchases have totaled 6 trillion yen since the summer of 2016.

The central bank's indirect holdings are assumed from the names of the ETF-purchasing trust banks listed in TSE data. Nikkei's estimate of the BOJ's effective ownership ratios showed that the bank was one of the top 10 shareholders in 1,446 listed companies out of 3,735 at the end of March.

A year earlier, the BOJ was a major owner of 833 companies, but that roster has expanded by 70% since. In addition, the bank is now the de facto leading shareholder in Tokyo Dome, Sapporo Holdings, Unitika, Nippon Sheet Glass and Aeon. 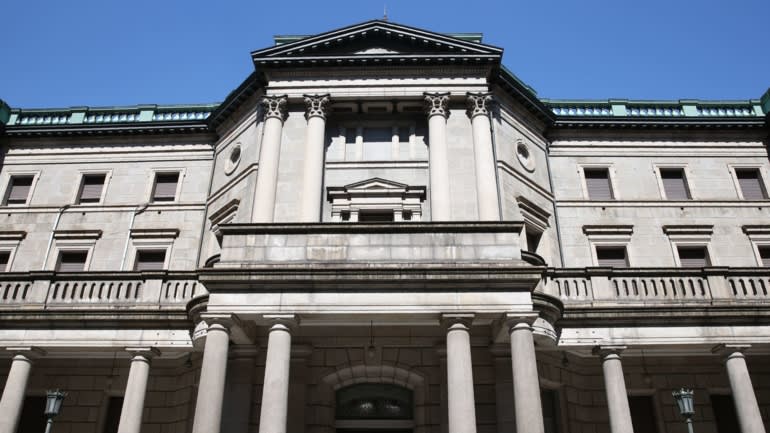 The BOJ has stepped up its ETF purchases under Gov. Haruhiko Kuroda. (Photo by Kaisuke Ota)

The BOJ has been purchasing ETFs in its quest to achieve the elusive 2% inflation goal. The program "has fulfilled its role to a certain extent," Kuroda explained. But the size of the buying spree could complicate an eventual exit strategy from the monetary easing and also distort basic market mechanisms.

A bigger impact could be felt at companies whose floating shares are relatively scarce because, for instance, company founders hold a large stake.

The BOJ is far from a vocal shareholder -- a boon for companies. But some concerns have begun to emerge. At KDDI's shareholders meeting, a question was raised about the possibility of the central bank unwinding its holdings in the mobile carrier.