TOKYO -- The Bank of Japan revised down its inflation assessment and kept its monetary policy unchanged at the end of a policy board meeting on Friday,bucking the global trend toward tightening.

BOJ Gov. Haruhiko Kuroda has been wielding ultra-aggressive monetary policies for more than five years now, trying to lift an inflation rate that remains low despite an ever-tightening labor market.

"The year-on-year rate of change in the consumer price index is in the range of 0.5-1.0%," the bank said in a statement. The remarks were toned down from the assessment in the last quarterly outlook report, in April, in which the BOJ said the CPI is in the range of around 1%.

As widely expected, the BOJ left its benchmark interest rate at -0.1%. Its efforts to keep the yield on benchmark 10-year Japanese government bonds near zero are also intact as the policy board voted 8-1 to maintain the status quo.

As Japan's labor pool evaporates, it is failing to put sustained upward pressure on prices. Inflation in April slowed for a second straight month, to 0.7%, well below the central bank's 2% target. The BOJ is studying how the rate has managed to defy a number of unorthodox monetary policies, the tight labor market and other factors. Its findings are expected to be outlined in the next quarterly outlook report, to be published in July.

"The bank will continue with its quantitative and qualitative monetary easing with yield-curve control ... as long as it is necessary," the policy board said in a statement. 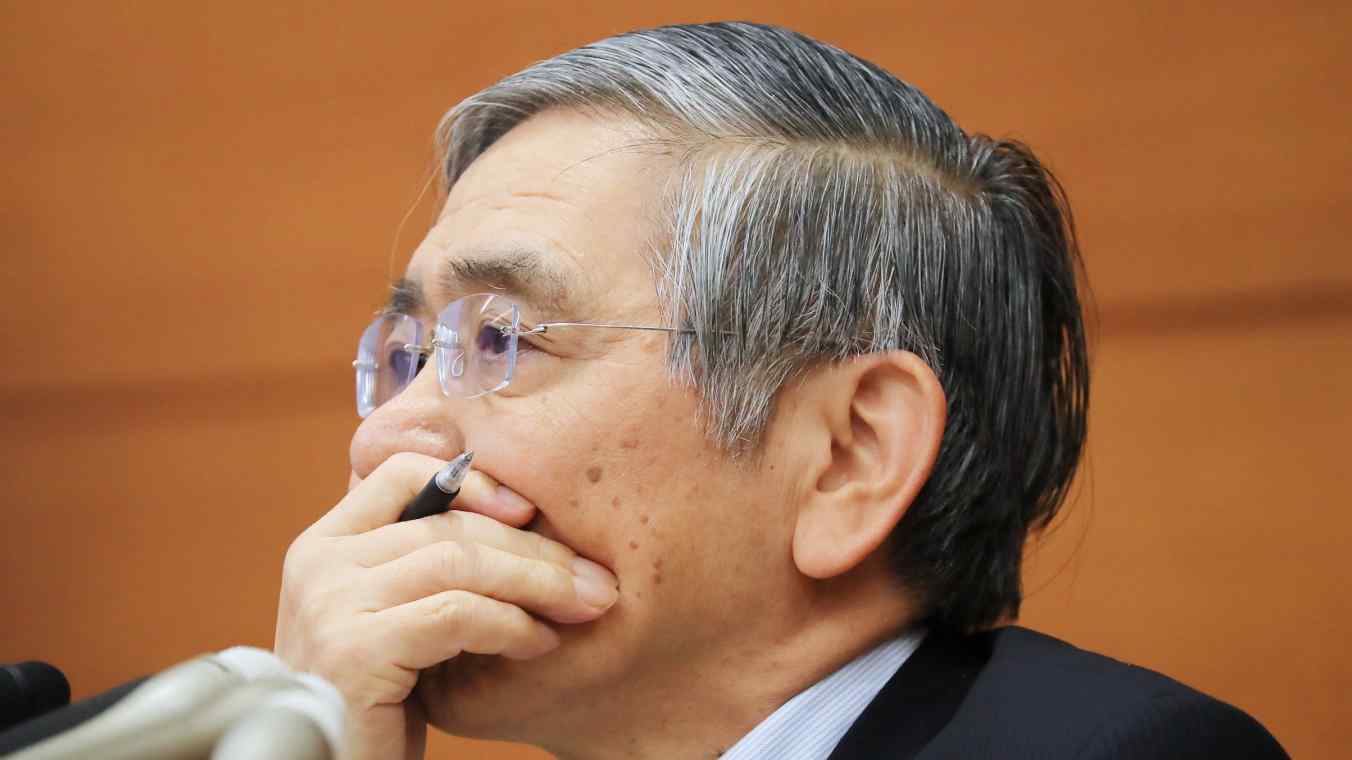 While the BOJ is keeping its foot on the easing pedal, the American and European central banks are moving in the opposite direction. Earlier this week, the U.S. Federal Reserve raised its key rate for the second time this year and signaled that two more increases are on the way. The European Central Bank, meanwhile, announced on Thursday that it plans to exit from quantitative easing at the end of December. It held its policy rate steady for now.

In Asia, the Bank of India earlier this month raised its policy rate for the first time in four years and late last month Bank Indonesia lifted its rate for a second time this year.

The fact that the BOJ is having difficulty escaping its extraordinary easing policies also reflects on Prime Minister Shinzo Abe and his faltering economic reforms.