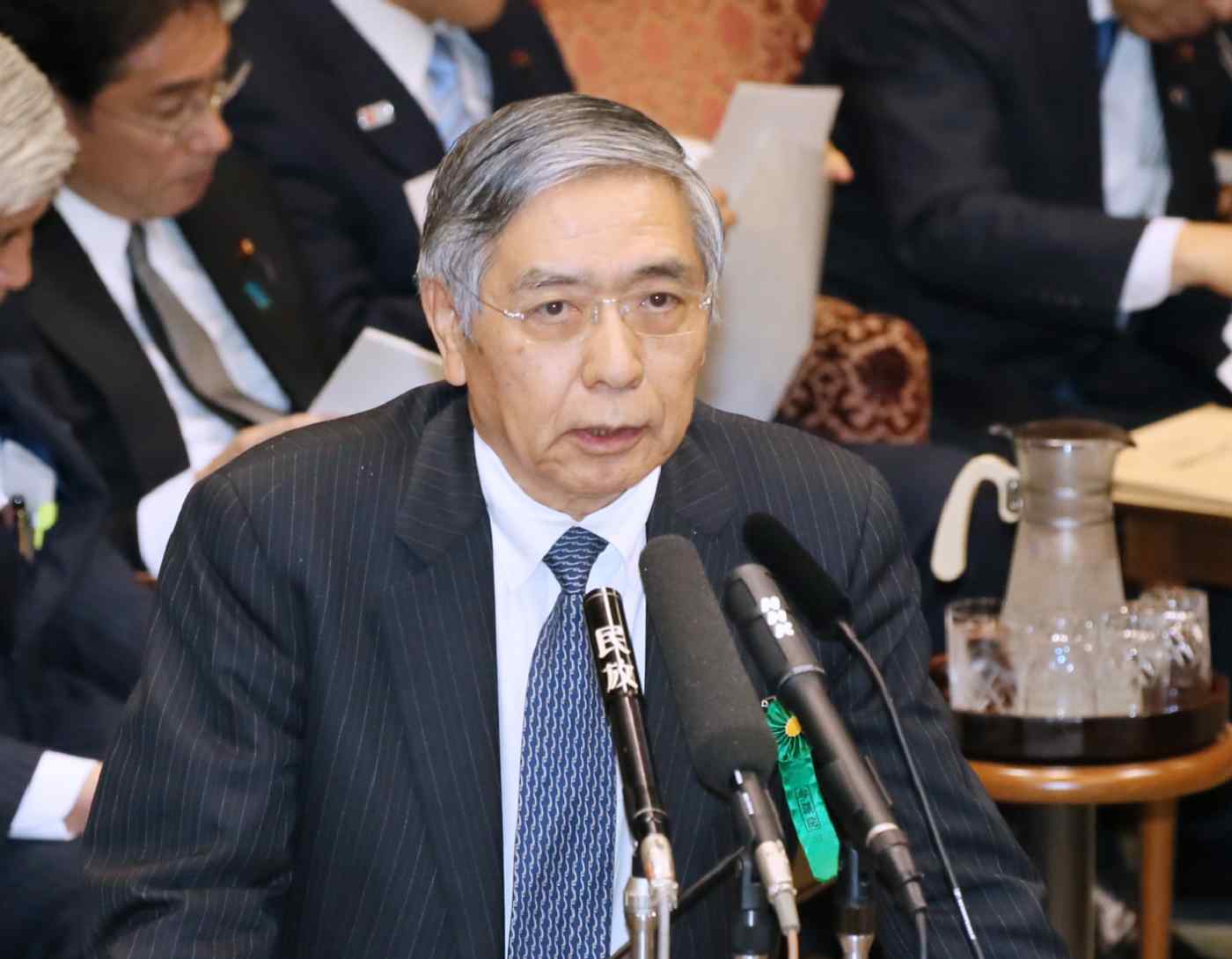 TOKYO -- The Bank of Japan is taking a serious look at expanding its monetary easing measures as sliding oil prices weigh heavily on the central bank's 2% inflation target. 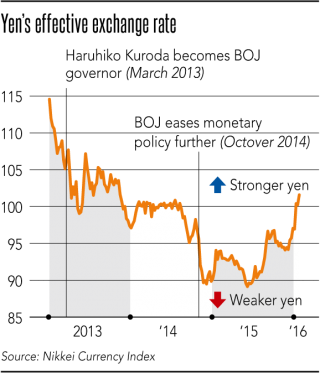 The strengthening yen and tumbling stock prices will also figure into the central bank's two-day policy board meeting scheduled to begin Jan. 28.

Gov. Haruhiko Kuroda told the upper house audit committee Thursday that the bank will "continue to carefully monitor" the impact the market turmoil is having on the economy and consumer prices. The bank will also make "policy adjustments without hesitation" if deemed necessary for reaching the 2% goal, he said.

With the stock rally fueled by Prime Minister Shinzo Abe's Abenomics economic program now in peril, expectations are growing within the government and the ruling party for additional easing steps.

Formulating specific monetary policy measures "should be left to the BOJ," Chief Cabinet Secretary Yoshihide Suga told a news conference Thursday, before adding: "I believe the BOJ is keeping a close eye" on current conditions. The central bank will downgrade its fiscal 2016 consumer price growth forecast from 1.4% to around 1% or lower when it releases its Outlook for Economic Activity and Prices report Jan. 29. It is also likely that the BOJ will extend the time frame for hitting the 2% inflation target beyond "around the second half of fiscal 2016" as currently estimated.

Many at the BOJ argued until recently that the bank should monitor the consumer price situation up until around spring before making a decision on additional easing. However, financial markets have been gyrating since the beginning of the year and the effects are threatening to spill over into the real economy.

The oil rout has changed the BOJ's thinking. "If falling consumer prices resulting from crude's plunge are making more people feel that prices are less likely to rise, then we should consider additional easing," said a senior BOJ official.

The Japanese currency also presents another threat. It briefly strengthened beyond 116 to the dollar for the first time in a year on Wednesday. That spells bad news for earnings at such companies as Ricoh and Mazda Motor -- both assume an exchange rate of 120 for the latter half of fiscal 2015. Toyota Motor, with an assumed rate of 115, also stands to lose.

The BOJ is increasingly worried that earnings deterioration may discourage wage increases and capital expenditures, both considered key to escaping deflation.

Some say the bank needs to explore new easing measures since the number of Japanese government bonds circulating in the market has diminished due to the BOJ's buying spree. The central bank could consider purchasing municipal bonds and other assets.

The BOJ is not alone among central banks in exploring monetary policy options. The European Central Bank decided to maintain its current measures Thursday but hinted at future easing. The People's Bank of China, the Chinese central bank, pumped 400 billion yuan ($60.8 billion) into the market the same day.

The U.S. Federal Reserve, which will hold a two-day Federal Open Market Committee meeting starting Tuesday, remains the focus of attention. Observers predicted late last year that the Fed will raise policy rates four times in 2016, but some in the financial market now see the count falling to one.