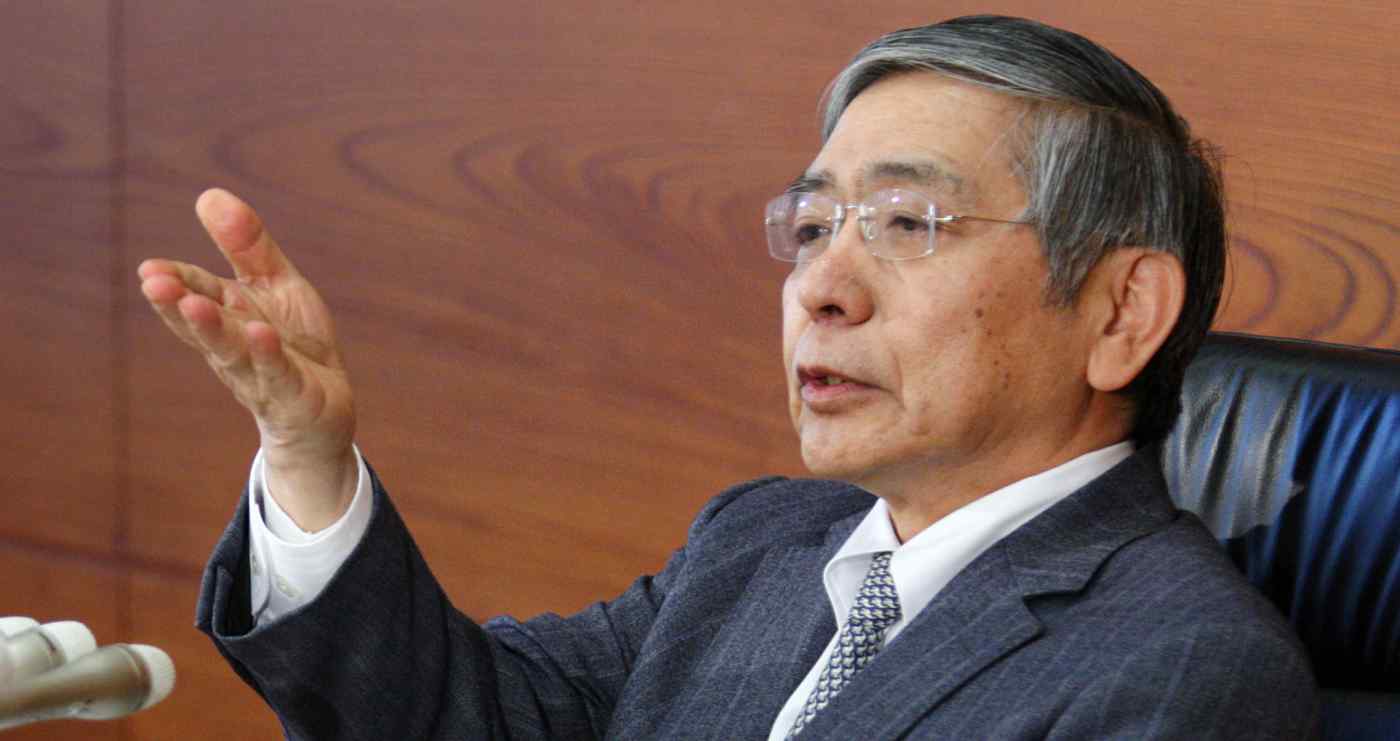 TOKYO -- Even as the Bank of Japan's massive monetary easing program enters its fourth year, inflation expectations are dimming among Japanese households, businesses and markets, which could force the central bank to revise its forecast yet again.

Businesses see the consumer price index rising 0.8% over the next year, according to a BOJ survey for March released Friday. This marks a 0.2-percentage-point drop from December, with the three- and five-year estimates falling by 0.2 point as well. This first survey since the central bank introduced negative interest rates indicates that the policy's impact has not yet spread.

Sadayuki Sakakibara, chairman of Keidanren, Japan's top business lobby, on Monday called on the BOJ to stay firm in its effort to conquer deflation, even though the target date for achieving 2% inflation "may have to be moved back given such factors as the abnormal decline in crude oil prices."

Market players forecast a 0.35% increase in the consumer price index, a March survey by Nikkei group company QUICK shows. This represents a 0.05-point drop from February and marks the lowest level since May 2013, just after the launch of the BOJ's easing program. The figure has declined steadily from the May 2014 result of 2.38%.

Households see price growth slowing as well, though their estimates tend to be high. BOJ estimates based on Cabinet Office surveys of consumption trends show inflation expectations falling from more than 3% through March 2014 to less than 2.5% now.

The central bank acknowledged at its March policy meeting that inflation expectations are weak. A lower outlook can weigh on actual inflation by causing businesses to put off investment or households to think twice about spending.

The BOJ is considering cutting inflation forecasts in its economic outlook report due out April 28 from the current 0.8% for fiscal 2016 and 1.8% for fiscal 2017 to reflect cooling sentiment. It could also extend the time frame for achieving 2% inflation, now around the first half of fiscal 2017, by about half a year.

The central bank has focused on boosting inflation expectations to reach the 2% target. When it announced additional easing in October 2014, it cited the risk that falling oil prices could dent businesses' outlook for price growth.

Some speculate that the BOJ's next policy meeting, slated for April 27-28, could bring further easing. But the central bank just decided in January to adopt negative interest rates, taking potential risks to corporate and household sentiment into account. Few within the bank argue that it should act again so soon. The BOJ will watch carefully until this month's meeting to see whether price growth continues uninterrupted.