No change to view that weak yen is positive for Japan's economy, governor says 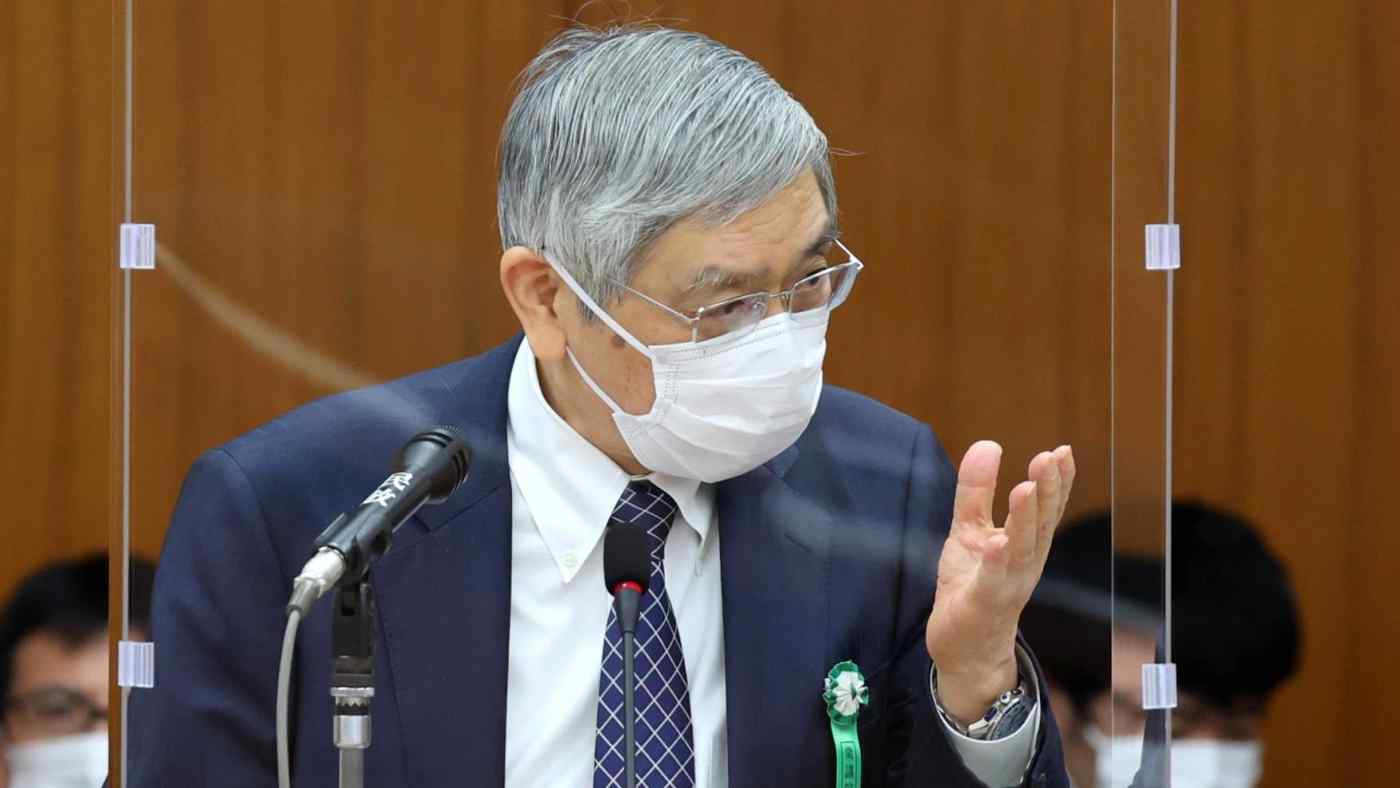 TOKYO (Reuters) -- Bank of Japan Gov. Haruhiko Kuroda said on Tuesday the yen's recent moves were "somewhat rapid," joining a chorus of policymakers who have warned that sharp falls in the currency could hurt the country's import-reliant economy.

But Kuroda also repeated his view that a weak yen benefits Japan's economy as a whole, in contrast to some market views that its decline is doing more harm than good to the economy by pushing up import costs.

"Recent [yen] moves have been somewhat rapid," Kuroda told parliament, adding that the BOJ was carefully watching currency moves due to their "huge" impact on the economy and prices.

The yen has lost about 6% against the dollar since the start of March and briefly traded at more than 125 yen per dollar on Monday last week -- the first time it had done so since August 2015. It was trading at around 122.5 yen on Tuesday.

Unlike the U.S. and other Western economies, Japan was not seeing sharp rises in wages in tandem with inflation, he added.

"We will patiently maintain powerful monetary easing to support an economy still in the midst of recovering from the COVID-19 pandemic's impact," he said.

The BOJ last week offered to buy an unlimited sum of 10-year Japanese government bonds to defend an implicit 0.25% yield cap, a move that weakened the yen as investors focused on the widening interest rate gap between Japan and the U.S.

Kuroda said the BOJ will continue to defend the cap as allowing bond yields to breach that level could hurt corporate capital expenditure and the broader economy.

"If long-term interest rates rise rapidly, we are ready to deploy such market operations," Kuroda said, signaling the bank's readiness to step into the market again as needed.

Surging fuel and raw material prices, driven by the war in Ukraine, have pushed up Japan's wholesale inflation to record levels and prodded more companies to pass on higher costs to households.