BOJ's Kuroda must get radical now

Starting a second term, governor must experiment or risk failing to revive growth 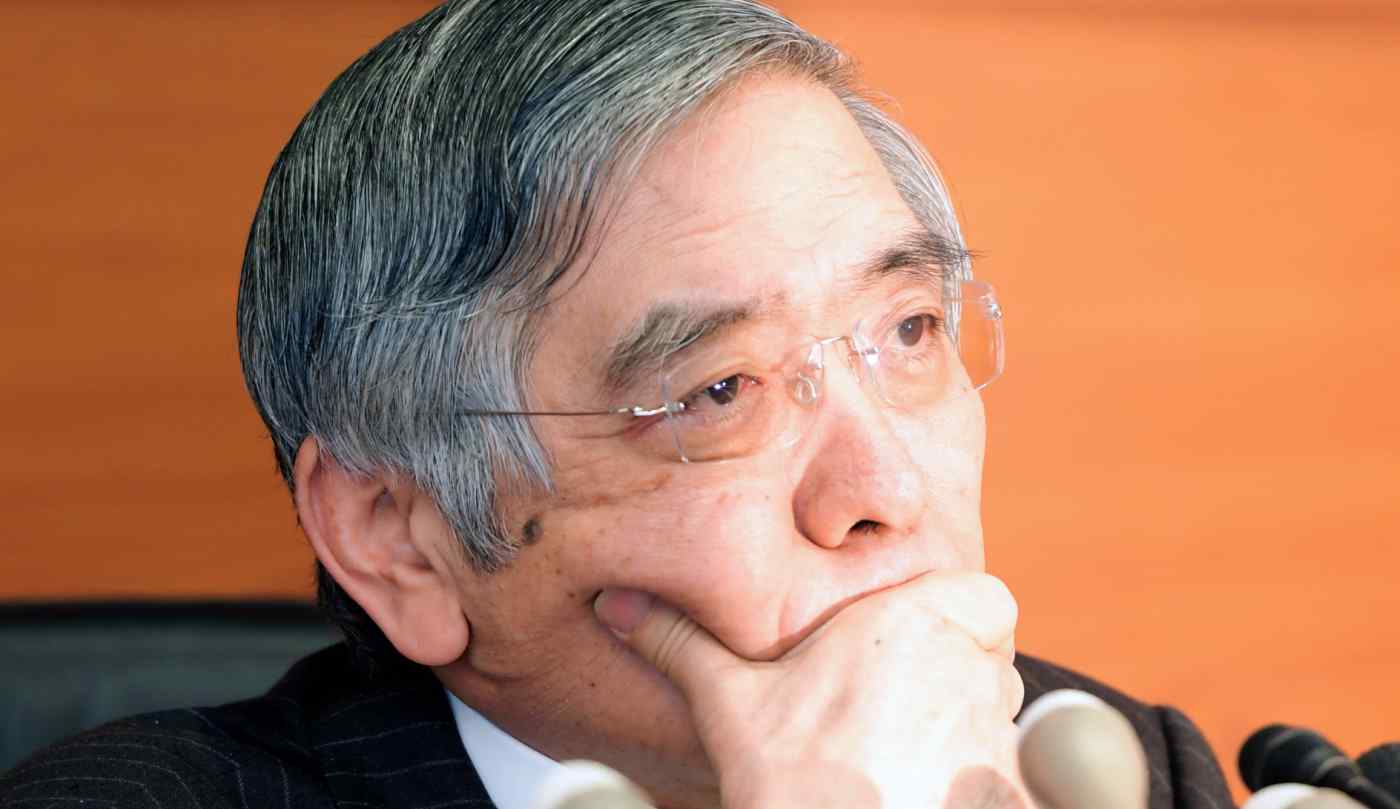 "The key is to find out what works and stick with it." This is a line I have heard Bank of Japan Gov. Haruhiko Kuroda use many times.

It started back when Kuroda was president of the Asian Development Bank, from 2005 to 2013. During my visits to his office overlooking the Philippine capital, Kuroda would point to the squatter village across the road and the glitzy skyscrapers in the distance. To him, the job was to experiment in a practical way, to harness scarce resources and find which policies best raised living standards. What to do more of, what to do less.

Kuroda would do well to apply this approach as he secures a second term at the Bank of Japan, the first governor to win reappointment since 1961. Wisely, Prime Minister Shinzo Abe's government, which revealed its decision on the BOJ leadership on Friday, is sticking with the man who has masterminded the most successful element of its economic reflation scheme.

Kuroda's titanically large liquidity injections, cornering the bond market and gorging on equities via exchange-traded funds deserve most of the credit for Japan's longest expansion in 28 years.

But in the spirit of discerning what's working, and what's not, Kurodanomics needs a big rethink. The new deputy governors Masayoshi Amamiya and Masazumi Wakatabe, whose names were also revealed on Friday, are both economic doves.

They will have traders canceling bets on BOJ tapering and instead positioning themselves anew for easier credit conditions. With the yen surging uncomfortably quickly against the dollar -- up 6.5% so far this year -- there is little double that Kuroda 2.0 will keep the printing press in the "on" position.

But what good would that do? Stable economic growth and buoyant stock markets are not propelling household incomes upward, as was hoped. In fact, real wages fell 0.2% in 2017 and ended the year by dropping a full 0.5% year-on-year in December. This development is especially alarming given Japan's 2.8% unemployment rate, the lowest since 1993.

The problem: Kuroda did all the heavy lifting to change the "deflationary mindset." Team Abe did nothing -- in fact by raising the sales taxes twice, it created new headwinds for Kuroda's policies.

The upshot, five-plus years into Abenomics, is that Japan has plenty of yen liquidity sloshing around the system, but few uses for it. Because banks are lending timidly and companies are not borrowing, the BOJ lacks the multiplier effect that makes central banks so potent.

For Act 2, Kuroda should take off his central-banker cap and refer to his Manila playbook. Before arriving at BOJ headquarters in 2013, Kuroda spent eight years overseeing hundreds of experiments aimed at broadening the benefits of gross domestic product growth. With tight budgets, Kuroda's team worked to give policies greater traction in the face of complex socioeconomic idiosyncrasies, unpredictable politics and myriad layers of corruption across dozens of countries.

By most barometers, all that thinking out of the proverbial box and risk-taking left developing Asia better off. The region did not unravel as many feared following the 2008 Lehman Brothers shock, and mostly weathered the 2013 Federal Reserve taper tantrum. No one is saying that is all the ADB's doing. Many governments, from Beijing to Jakarta, strengthened financial systems. But if you are looking for a man who has seen the inner mechanics of how Asia succeeded and failed these last 13 years, Kuroda is a good choice.

Kuroda's first course of action is obvious: reassuring Japan Inc. that the yen is not strengthening drastically and heading back to 90 to the U.S. dollar. Such worries could make executives even less inclined to share more than $2 trillion of idle cash with workers. They would be afraid that a stronger yen would hurt exports.

The next step: Use the bully pulpit to urge Abe's team to get serious about loosening labor markets, catalyzing a startup boom, increasing innovation, streamlining bureaucracy and ensuring that most women entering the workforce are not stuck with lower-paying "informal" jobs.

After that, Kuroda should hit Japan Inc. with a development economics lesson. In 2008, Kuroda appeared on a panel in Madrid, where he talked of Asia needing a "Henry Ford moment." The reference was to the year 1914, when the U.S. industrialist doubled daily wages of workers to $5. That put the Model T Ford within the reach of many of employees, boosting his bottom line and supporting the creation of a middle class. Kuroda might sprinkle chats with chieftains with a virtuous-cycle sales pitch: Hiking wages is good for you and everyone else. Obvious, but a dynamic Japan Inc. seems to have forgotten.

Then there are the experiments Team Kuroda could cook up. Kuroda's "find out what works" mantra has since evolved into "whatever it takes." Having grabbed almost half of the bond market and 75% of ETF investment in Japanese equities, Kurodanomics must get creative. That could mean gorging on mortgage-backed and asset-backed securities to diversify stimulus targets. The BOJ could load up on corporate debt. Perhaps from a list of well-managed companies willing to share profits with workers? Kuroda's team might consider buying local government and municipal IOUs, freeing fiscal space to invest in job-creating industries and free daycare.

Why not make the case, too, for a regional bank shakeup? This might strike some as personal, considering rural lenders have long complained about Kuroda's negative-rate gamble. Japan has roughly 100 regional lenders, some centuries old. These proud institutions withstood decades of prodding from Tokyo to merge and raise efficiency. All too many serve lightly populated towns, even as they jealously protect their independence. That leaves bankers competing for a shrinking pool of borrowers and increasingly timid about taking risks. Larger, healthier banks could increase the BOJ's potency.

There also are options only a true development-economics radical might contemplate. One is buying up distressed assets in down-and-out regions like dilapidated stadiums, mothballed airports or underused municipal concert halls. Another: devising mechanisms to put cash directly into consumers' hands. Some economists have floated the idea of handing out BOJ debit cards. Finally, there is the financial Armageddon route of monetizing government debt as Japan did in the 1930s.

Kuroda is no madman, and therefore highly unlikely to go the super radical route. But after five years of trying in vain to generate 2% inflation and do Abe's job for him, Kuroda must understand that what the BOJ is doing is not enough. Whatever it takes, right?