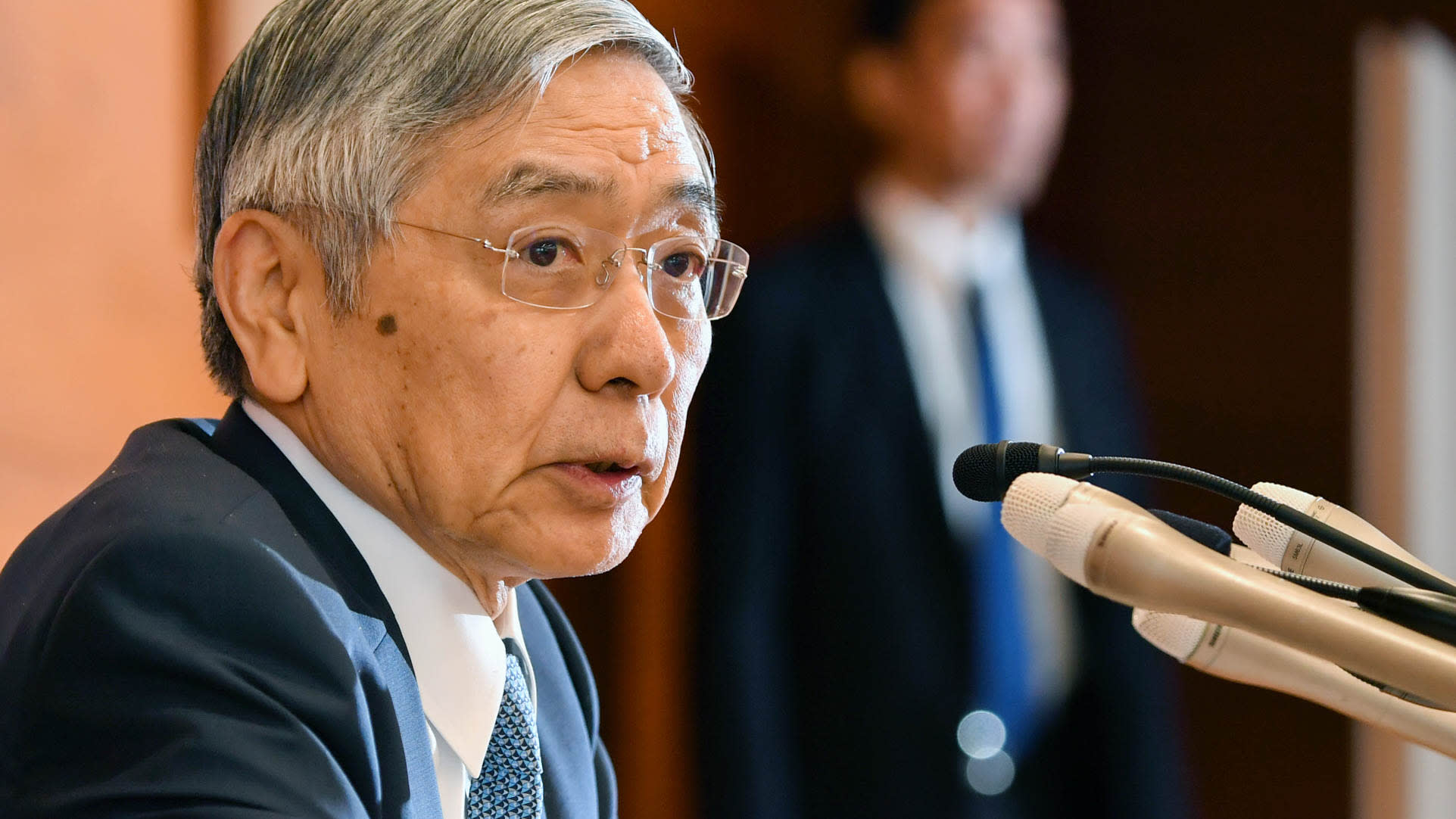 TOKYO -- Bank of Japan Gov. Haruhiko Kuroda said extra stimulus would be an option if prices refuse to keep rising toward the central bank's 2% inflation target.

The BOJ "will consider extra easing measures without hesitation" if the economy runs into a situation where momentum toward reaching stable inflation is lost, Kuroda said at a news conference on June 20 in Tokyo after keeping monetary policy unchanged.

The bank is standing pat even as its U.S. and European counterparts are signaling a shift in policy to a dovish bias amid continued trade tensions between the U.S. and China.

The BOJ maintained its economic assessment, saying the economy is expanding at a moderate pace.

The BOJ has limited room for policy action, even as Gov. Haruhiko Kuroda emphasizes his willingness to take further easing measures. The aggressive monetary easing under Kuroda is entering its seventh year and has been producing negative side-effects such as harming the health of commercial banks as they lose opportunities to earn a spread.

Pressure could grow on the BOJ to take action, as the trade war has cooled the Chinese economy and reduced Chinese demand for Japanese capital goods. Prospects of slower growth have also led investors to flock to the safe-haven yen, pushing the value of the yen up to a five-month high against the dollar and further damaging the ability of Japanese exporters to sell overseas.

In a news conference on the monetary policy decision, Kuroda pointed to stronger-than-expected first-quarter growth in the U.S., the eurozone, Japan and China as a reason for maintaining his stance on the economy. But he warned that the downside risks to the global economy are rising, saying that "there is no sign of the U.S.-China trade dispute moving toward a resolution."

Japan's economy expanded at an annualized rate of 2.2% in the first quarter, but economists are looking for zero growth in the second quarter, according to a poll conducted by the Japan Center for Economic Research.

Central banks in the U.S. and Europe have signaled that they are willing to take action if the economy starts to lose momentum.

On June 18, European Central Bank President Mario Draghi indicated that the ECB will provide more stimulus if the economy does not improve swiftly.

On June 19, the U.S. central kept its target range for the key interest rate unchanged, but said in a statement that it "will act as appropriate to sustain the expansion," suggesting it is open to rate cuts.