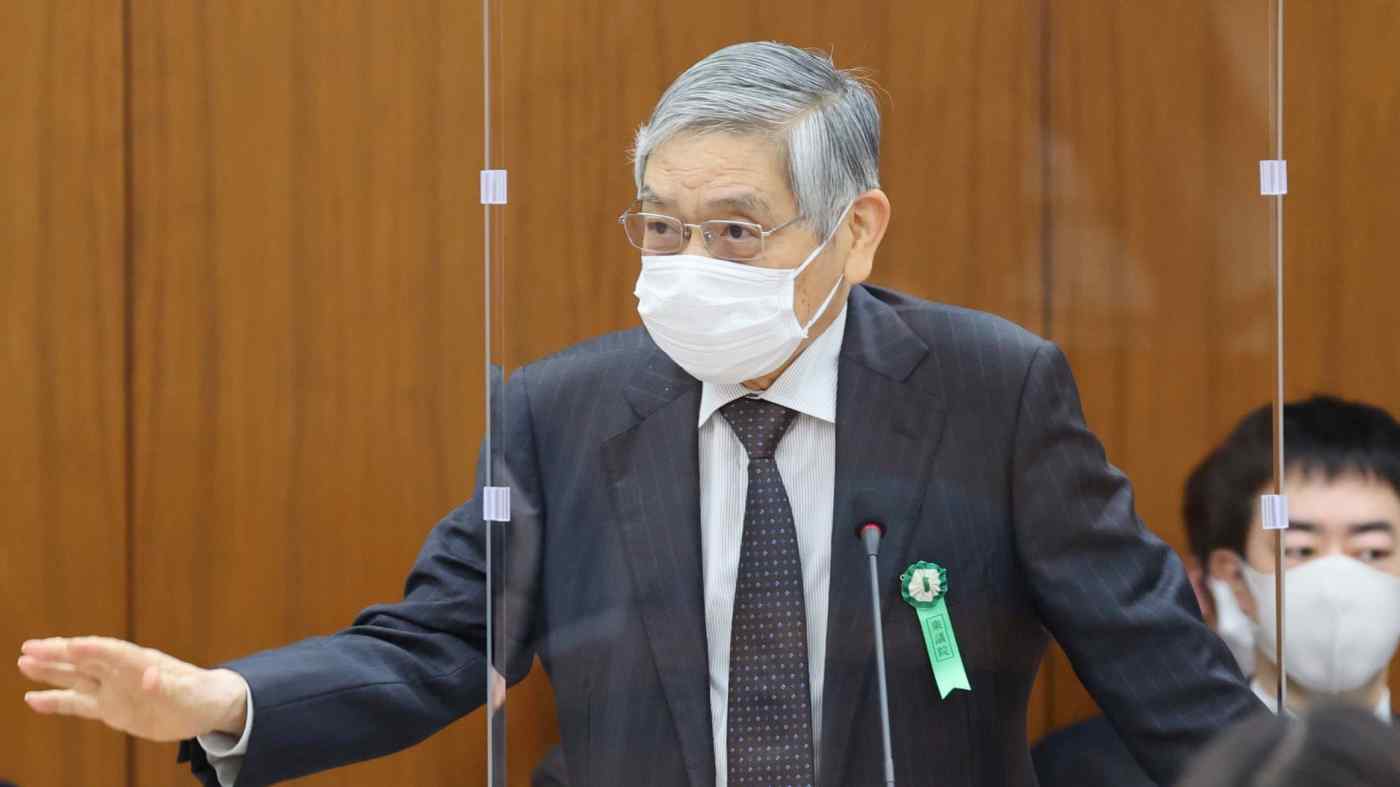 Bank of Japan Gov. Haruhiko Kuroda says on April 18 that the government needs to take into account "the negative effect" of a weak yen.
April 18, 2022 12:05 JST | Japan
CopyCopied

TOKYO (Reuters) -- Bank of Japan Gov. Haruhiko Kuroda said on Monday the yen's recent moves have been "quite sharp" and could hurt companies' business plans, offering his strongest warning to date of the demerits of the currency's depreciation.

"The recent falls in the yen, which lost about 10 yen to the dollar in about a month, is quite sharp and could make it hard for companies to set business plans," Kuroda told parliament.

"In that sense, we need to take into account the negative effect" of a weak yen, he said.

Kuroda, however, repeated his view the BOJ must maintain its massive stimulus program to support a fragile economic recovery.

During the same parliament session, Finance Minister Shunichi Suzuki reiterated his warning that rapid exchange-rate moves were undesirable and that currency rates must move stably.

But he declined to comment when asked whether Tokyo was ready to intervene in the currency market to stem yen declines.