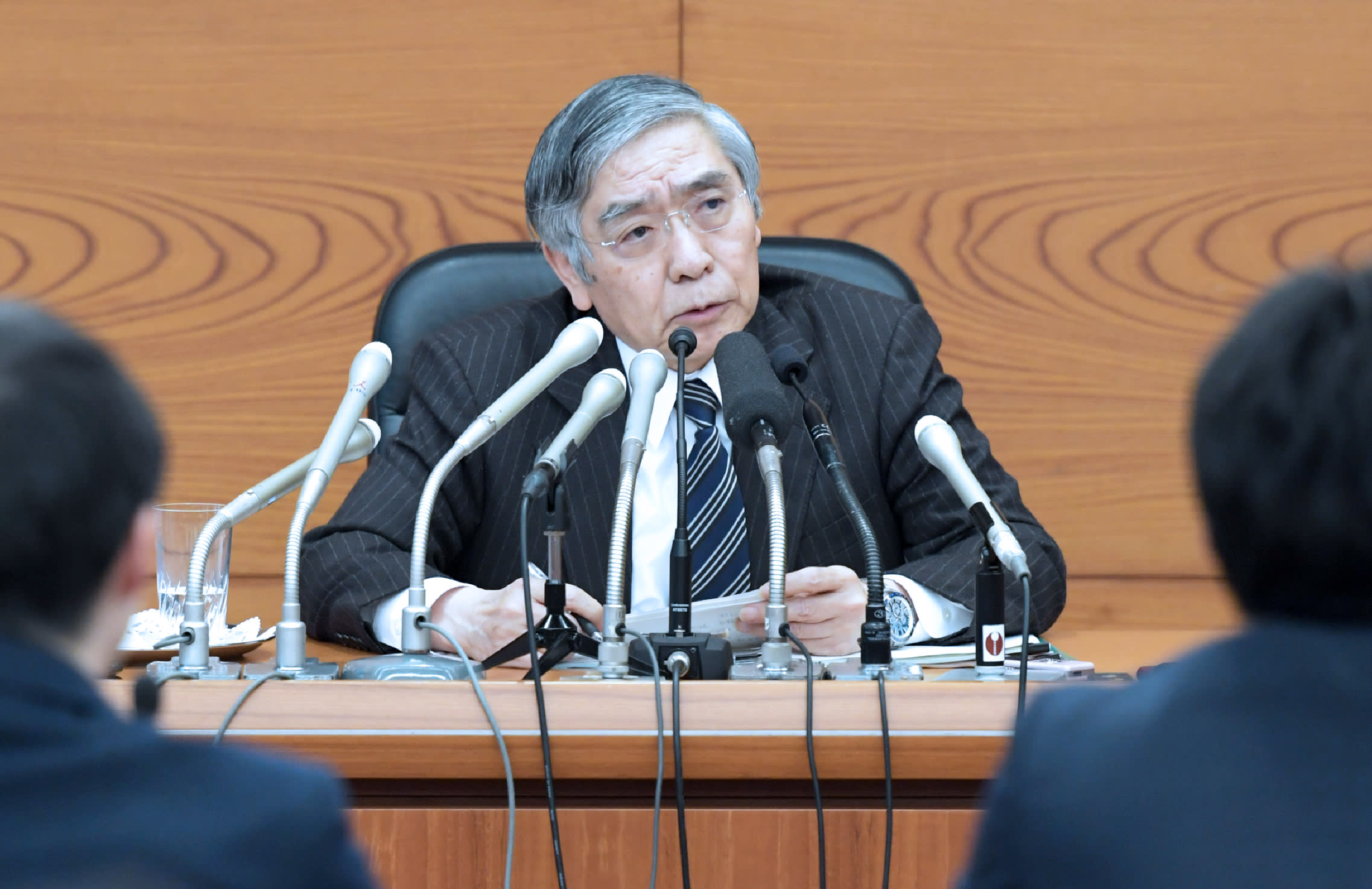 "Corporate earnings are on the rise, and household income has improved a lot," Kuroda said at a news conference on Tuesday after a policy meeting where the central bank maintained its signature policy of a -0.1% short-term interest rate, with a cap on the 10-year Japanese government bond yield at around 0%. "But inflation still remains far below the target of 2%. We will diligently continue with our monetary easing to reach the 2% goal as soon as possible," Kuroda said.

Kuroda previously stoked market speculation for an early cutback on its ultra-loose monetary policy when he raised the issue of the "reversal rate" -- the level at which excessively low interest rates start to hurt the financial system and cause the effects of monetary easing to reverse.

"The purchase offers are decided on a practical basis, taking into account market conditions at that time," Kuroda said. "Such daily operations do not show the future course of our monetary policy."

The BOJ's maintaining of its loose monetary policy is a stark contrast to its global peers, namely the U.S. Federal Reserve and the European Central Bank.

The U.S. exit from years of cheap money has been well reported, with the Fed raising interest rates in December for the fifth time since 2015. Meanwhile, the minutes of the ECB's December policy meeting published in January showed that the governors discussed an early unwinding of its monetary expansion program.

That both the Fed and the ECB are talking about bringing an end to their loose monetary policies, is a testament to the robust economic growth in both jurisdictions.

In one sense, the situation should not be so different for the BOJ. Japan's economy expanded for the seventh straight quarter in the July-September quarter, its longest uninterrupted stretch of growth since 1994. The central bank sees that continuing, maintaining its economic growth forecast for fiscal 2017 to 2019, projecting real gross domestic product will rise by 1.9% in the year ending this March, 1.4% in fiscal 2018, and 0.7% in fiscal 2019.

What sets the BOJ apart from other central banks is that inflation in Japan is still weak. Consumer prices in the U.S., excluding energy and food prices, rose 1.8% in December compared with a year earlier. In the eurozone, prices excluding energy, food, alcohol and tobacco, rose 0.9% in December.

In Japan, consumer prices excluding energy and food prices, rose a meager 0.3% in November. The gauge that the BOJ considers the most important, consumer prices excluding fresh food prices only, or core CPI, faired a little better, but still only rose 0.9%. Kuroda said this difference between the U.S., Europe and Japan stems from Japan's persistent "deflationary mindset" brought about by two decades of falling prices.

In its latest quarterly Outlook for Economic Activity and Prices, released Tuesday, the BOJ painted a brighter picture by not lowering its inflation forecasts further for the first time since July 2014. It also said it no longer sees inflation expectations as "weakening."

"We wouldn't read too much" into the bank's statement, said Marcel Thieliant, senior Japan economist at Capital Economics. "We think that the bank remains too optimistic about the price outlook ... We believe that weak price pressures will continue ... we expect the bank to leave its policy rates unchanged, at least until the dust settles from next year's sales tax hike."