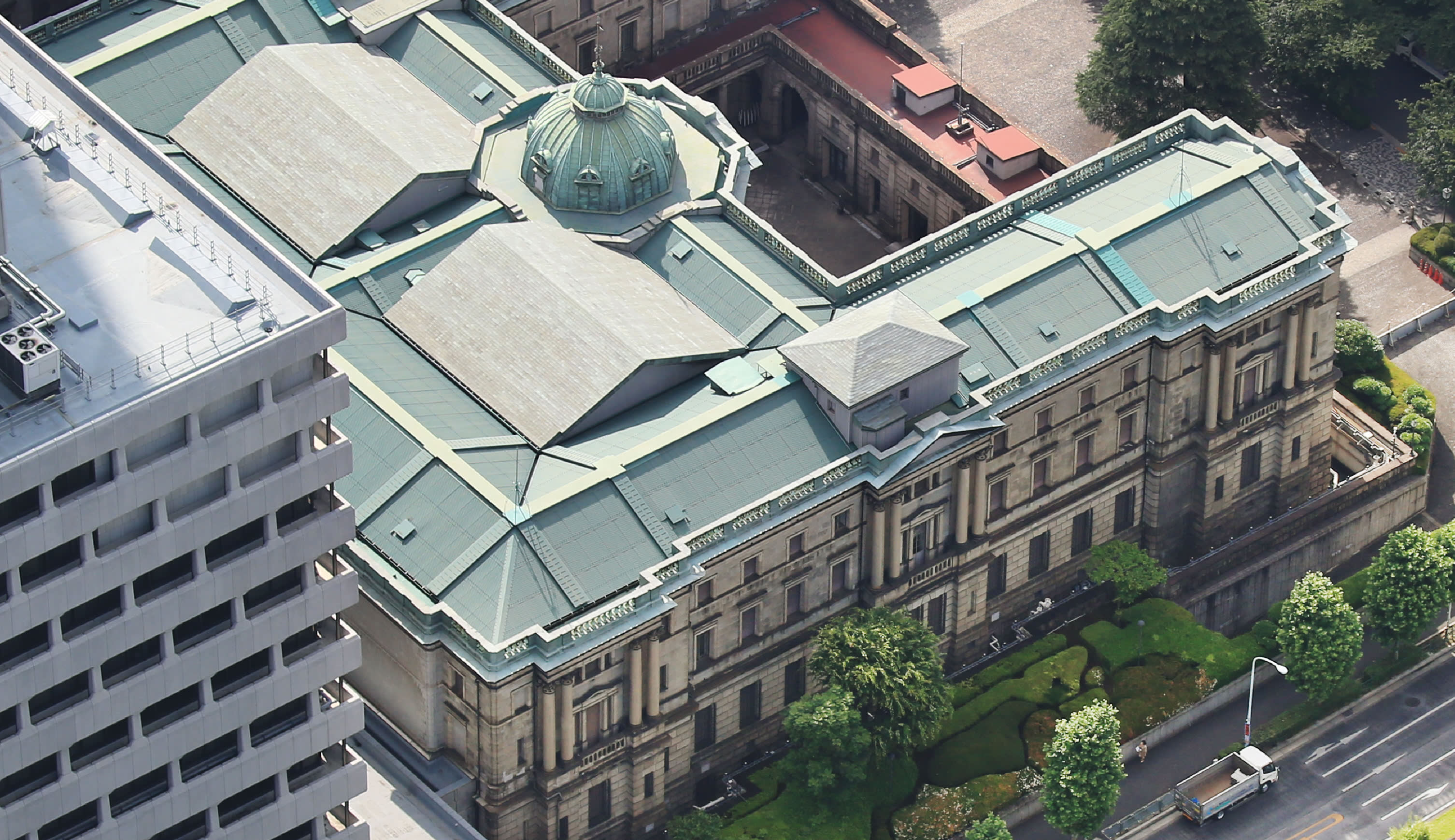 The Bank of Japan's purchases of Japanese government bonds have slowed since it shifted its policy focus to yields in 2016. (Photo by Akira Kodaka)

TOKYO -- The Bank of Japan's purchases of Japanese government bonds have slowed to a pace not seen since the central bank launched its massive monetary easing program, a development that has not escaped the notice of market watchers.

The BOJ reported an increase of just 49.42 trillion yen ($461 billion) in its holdings of long-dated JGBs at the end of March compared with a year earlier, a 13th straight month of slowing growth. This rise also missed the 50 trillion yen target that the central bank set when Gov. Haruhiko Kuroda introduced qualitative and quantitative easing in April 2013. The goal has since been lifted to 80 trillion yen.

New Deputy Gov. Masazumi Wakatabe told upper house lawmakers on Monday that the BOJ is "supplying money to the economy to beat deflation." The outspoken reflation advocate has argued that the bank should aim to lift its JGB holdings by 90 trillion yen a year.

Yet the central bank's long-JGB holdings fell to 426.56 trillion yen at the end of March, down 3.39 trillion yen from a month earlier. This represented the largest monthly decline since June 2008, though the fact that government bonds mature in larger numbers than usual in March played a role, as Mizuho Securities noted.

The BOJ shifted the focus of its monetary policy in 2016 to interest rates rather than the quantity of bonds purchased. Under the yield curve control strategy, the central bank adjusts its JGB purchases to keep long-term interest rates around zero.

The slowdown likely is also an effort to stabilize the market. The BOJ holds 45% of JGBs in circulation, distorting prices and yields.

Its decision to maintain a quantitative bond-buying target despite these factors was a "measure to head off criticism from reflationists," said Takahide Kiuchi of the Nomura Research Institute, who sat on the central bank's policy board until last summer.

The discrepancy between the actual increase in the bank's JGB holdings last fiscal year and the nominal target has been interpreted by some market watchers as a form of stealth tapering.

The BOJ plans to maintain the 80 trillion yen target when the policy board meets April 26 and April 27. Any cuts to this figure would be viewed as a sign of actual tapering, rattling markets. But a widening gap between the target and reality could harm the central bank's credibility.