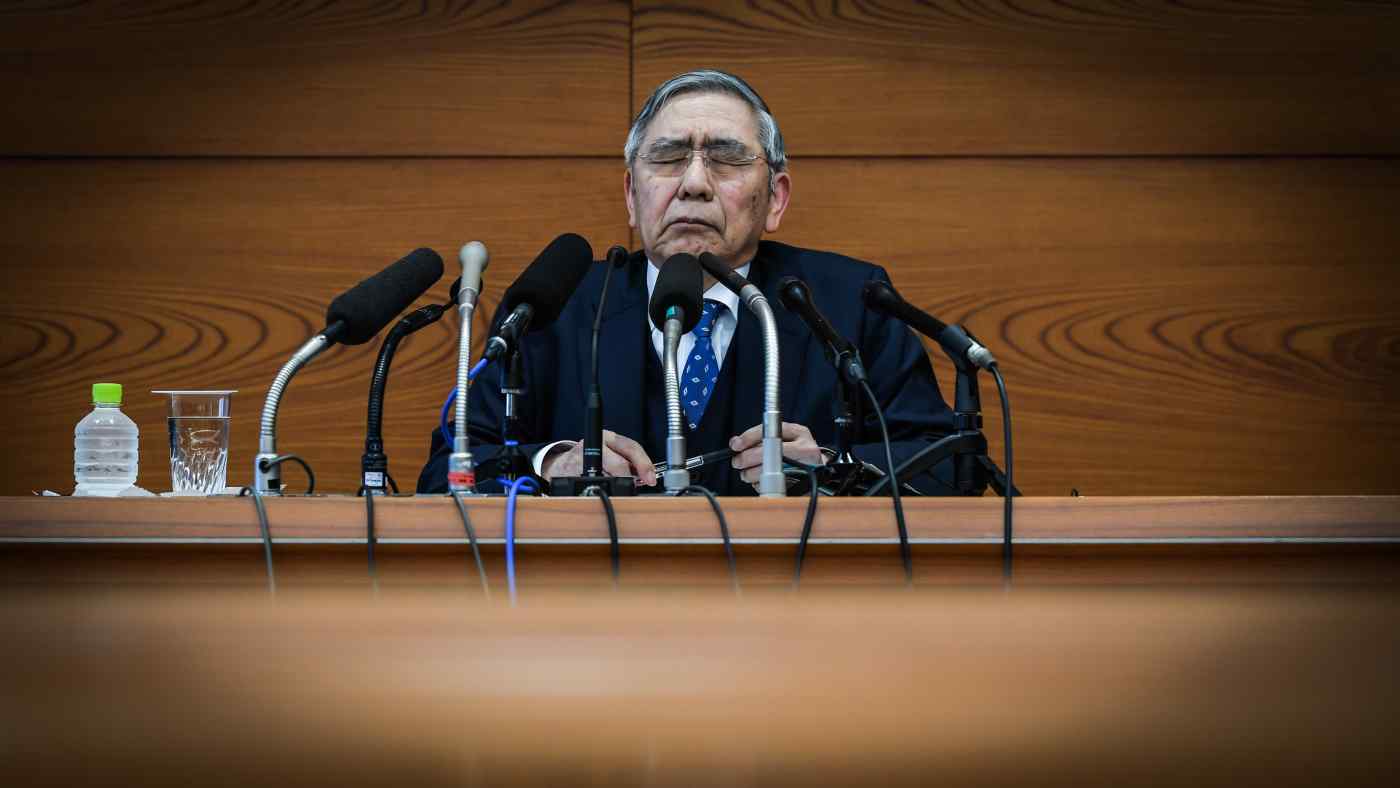 TOKYO -- "People imagine this is like the 2008 Lehman shock, but it's totally different," said a senior official with the Bank of Japan.

Despite the continuing spread of the new coronavirus and the buffeting that global financial markets have taken as a result, an air of cautious optimism fills the corridors of Japan's central bank. The chaos brought on by the largest-ever point drop in U.S. stock prices last week is reminiscent of 12 years ago. But the gloom that prevailed at the BOJ over the scale of the economic slowdown then is not in evidence today.

"This time demand itself hasn't actually dropped off that much," said the official. "If this gets resolved, the situation hasn't changed from a V-shaped recovery,'' the official added, referring to a sharp economic drop, followed by a quick rebound.

The atmosphere inside the central bank could not be more different from the aftermath of the collapse of Lehman Brothers. In the fourth quarter of 2008, Japan's preliminary gross domestic product plummeted at a 12.7% annual pace, prompting then-BOJ Gov. Masaaki Shirakawa to remark: "I'm speechless, this number is so bad." Worsening consumer sentiment led to a drop in global demand, slamming Japan's export-dependent economy.

The new coronavirus epidemic, so far, has had much less impact. To be sure, it has caused declines in China-bound exports and inbound tourists from overseas, and cause significant damage by disrupting supply chains. But if the situation is resolved, BOJ officials believe that real demand, which has yet to weaken much, will return.

Assistance for small- and medium-size companies that have seen their sales dry up will remain an urgent issue, but "we're still some distance from a situation like in 2008, where even Toyota Motor was having trouble raising funds," said another senior BOJ official.

Even BOJ Gov. Haruhiko Kuroda's March 2 statement noting the central bank is monitoring the impact of the coronavirus is not cause for too much alarm. After the U.S. Federal Reserve put out an emergency statement on Feb. 28 that flagged a subsequent rate cut, "he had to take some kind of action," said a person familiar with the matter.

Despite the surface calm, however, the bank has a serious policy challenge on its hands: It has maintained a massive monetary easing program and negative interest rates for many years. If the epidemic triggers a serious economic downturn, the BOJ will not have many cards left to play.

Business sentiment, however, is worsening. The Dow Jones Industrial Average suffered major declines, and China's manufacturing PMI fell to a record low in February according to data released on Feb. 29.

"Many people think things will calm down around April or May," said Japanese Finance Minister Taro Aso. But new coronavirus patients are showing up in the Middle East and Singapore, making the optimistic view that warmer weather will slow the virus seem less likely.

After the U.S. investment bank imploded in October 2008, the Federal Reserve and other central banks around the world made emergency interest-rate cuts. Among the major central banks, the BOJ was the only one that did not join in, leading to criticism over its reluctance to ease monetary policy further. Many government and central bank officials now refer to the lessons learned then.

The U.S. central bank went ahead and cut its interest rate on Tuesday, but monetary policy is not likely to play the role it once did. In the case of the Lehman crisis, the shock began in financial markets and spread to the real economy. The coronavirus epidemic is different: The damage to the economy is shaking financial markets. As a result, the effect of monetary policy will be different.