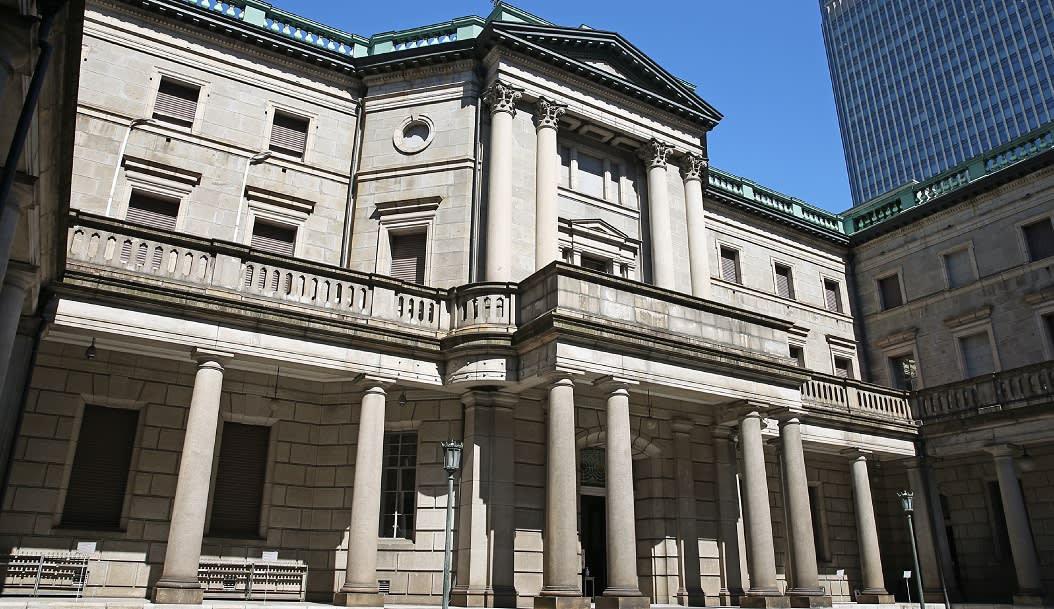 The Bank of Japan's policy board will meet on July 30 and 31.

TOKYO -- Speculation over whether the Bank of Japan will shift away from its ultraloose monetary policy at its next board meeting that kicks off Monday has put the bond market on alert, pushing up long-term interest rates to 0.1% on Thursday for the first time in a year.

The central bank adjusts its purchases of Japanese government bonds to keep long-term interest rates around zero, making it difficult for yields on 10-year notes to break out of that range. But with recent reports suggesting that the BOJ is weighing changes to its easing policy, "more market players have begun to expect the bank to loosen its grip on rates," said Kazuhiko Sano, chief bond strategist at Tokai Tokyo Securities.

The yield on benchmark newly issued 10-year JGBs reached 0.09% at one point Monday. The BOJ responded by offering to buy an unlimited amount of government bonds at a 0.11% yield in a fixed-rate operation. Yet yields climbed further on Thursday, rising as much as 3.5 basis points from Wednesday's close to 0.1%, the highest since July 2017.

The debate at the two-day policy meeting will center on whether to focus on pursuing its 2% inflation goal or the side effects of prolonged easing.

Uncertainty over the monetary policy outlook has left investors with little choice but to follow the news closely while they await the policy meeting, a trader at a major brokerage said.

On Thursday, officials at the central bank were making final preparations for the policy meeting. On the issue of its 2% inflation target, many BOJ officials believe it is important to avoid looking as though the bank has, in effect, abandoned the goal.

The fact that the bank will downgrade its inflation forecast at next week's meeting in light of sluggish price growth will make the messaging from Gov. Haruhiko Kuroda trickier. Under the revised forecast, the time frame for reaching its 2% goal will be pushed back to fiscal 2020 or later.

But growing concern about the side effects of five years of ultraloose monetary policy is dividing the board's nine members. Years of low interest rates have weighed on bank earnings, while massive bond purchases have hampered the functioning of the JGB market. Many also worry that the BOJ's buying of 6 trillion yen ($54 billion) a year in exchange-traded funds is distorting stock prices.

Board members Makoto Sakurai and Hitoshi Suzuki advocate adjusting monetary policy to mitigate these effects even if that would further delay reaching 2% inflation. Kuroda has also begun expressing concern about the negative impact of easing.

Meanwhile, Deputy Gov. Masazumi Wakatabe told Nikkei last month that the BOJ should not hesitate to adopt further easing measures if Japan is in danger of sliding back into deflation. Board members Yutaka Harada and Goushi Kataoka hold similar views.

These three may vote against any changes meant to address the negative impact of easing. And given Wakatabe's position in the BOJ's top leadership, that could create a rift on policy. "It's impossible to propose any policies on the basis of reining in side effects," a senior bank official said.

The central bank faces the difficult question of how best to express its policy stance to show its commitment to the 2% target. Proposals have been floated within the BOJ for a clear pledge to maintain easing over the long term. The central bank has also devised a variety of ideas to adjust its government bond and ETF purchases in such a way as to reduce the impact on markets while still promoting inflation.