TOKYO -- The Bank of Japan on Friday outlined a new loan facility to banks lending to projects or companies tackling climate change, as the country tries to speed up its shift to clean energy and hasten efforts to reduce emissions.

The new climate lending facility will allow the central bank to lend to commercial banks at zero interest rates for up to one year. The loans can be rolled over without a limit under the facility, which is scheduled to last through fiscal 2030.

As an incentive, the BOJ will exempt reserves held at the central bank from the negative interest rates equal to twice the amount they lend out. The facility is available only for loans and investments in climate projects in Japan. To be eligible for interest-free loans, commercial banks must provide information about the loans they make in accordance with international standards.

The program has turned out to be significantly more substantial than some economists had anticipated.

Others say the facility was less ambitious than they had anticipated. They had looked for even stronger incentives, such as banks receiving 0.1% or 0.2% interest from the BOJ on the loans extended, or the facility covering even loans and investments made overseas.

BOJ Gov. Haruhiko Kuroda indicated at a news conference that the central bank's focus is on promoting long-term investments in green projects, rather than producing a short-term spurt.

"Dealing with climate change requires large investments and long-term commitments. It is our hope that the new facility will encourage businesses to start making plans for such investments, including hiring necessary talent," Kuroda said, adding that the facility provides "sufficient incentives" for banks to increase green financing.

Large banks are expected to be the ones in a position to take advantage of the new credit facility because they have more expertise in climate financing and are familiar with international disclosure rules. Smaller banks and regional lenders are expected to take time to catch up. Kuroda voiced hopes that regional lenders will also take advantage of the scheme, saying that emissions reductions are a national project. 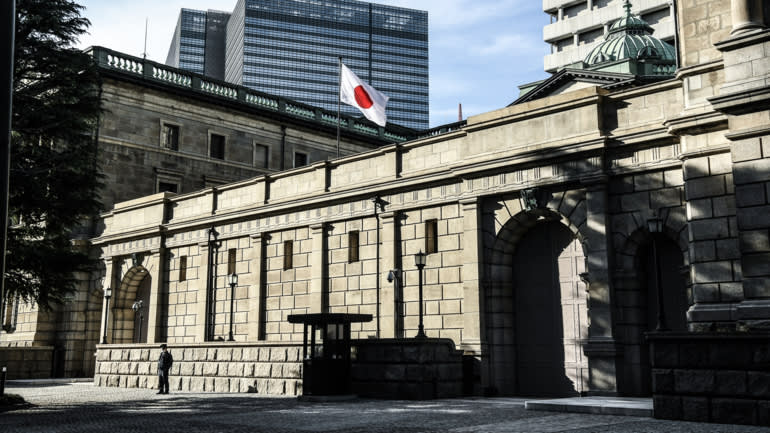 The Bank of Japan will introduce a new lending facility to help spur projects that will help to mitigate climate change. (Photo by Tetsuya Kitayama)

The move came after the central bank said on June 18 that it would introduce the new facility this year. More specific details, such as the scale of the facility, will be hammered out by autumn and the program will begin by the end of the year.

The program is intended as a successor to the outgoing facility for promoting growth-supporting loans, which is due to end in June 2022.

Under the growth-supporting lending facility, the BOJ has provided 0.1% loans for up to four years to banks that have financed projects that are deemed to contribute to economic growth. The facility has an outstanding balance of some 7.5 trillion yen ($68 billion) in loans.

Economists say that the BOJ is moving in step with Prime Minister Yoshihide Suga's government and its clean energy push. The government intends to cut greenhouse gas emissions by about half by 2030, ban a sale of new gasoline-powered cars by 2035, and aims to achieve carbon neutrality by 2050.

The Suga government has laid out a broad range of incentives to help grow industry around clean technology. Incentives are offered not just to corporate borrowers but also to venture businesses. The BOJ's new climate facility could be made available to a broad range of investments, said Kumano.

The issuance of green bonds by Japanese companies has been on the rise, reaching almost $10 billion last year. But the amount still pales in comparison to those in the U.S. or Germany. The BOJ's move is expected to help accelerate Japan Inc.'s transition to clean technology and make the country a leader in the climate field.

Meanwhile, the BOJ decided the same day to keep its main policy levers unchanged, including short-term interest rates at minus 0.1% and long-term rates at around zero.

A separately released quarterly outlook report showed that the bank's nine policy board members expect the economy to grow 3.8% in fiscal 2021, down from April's estimate of 4.0%, and 2.7% for fiscal 2022, up from 2.4% predicted in April.

More noteworthy was a revision to the projections for core consumer inflation.

The policy board members now project inflation of 0.6% for fiscal 2021 instead of 0.1% as predicted three months ago. For fiscal 2022, inflation is projected at 0.9% instead of 0.8%. The sharp upward tick follows a spike in commodity prices amid a global economic rebound from the coronavirus crisis.